Nintendo Switch will give mobile gaming a much needed boost

Nintendo fans are just counting the days, even if there are still weeks, to the Nintendo Switch’s launch. Critics are waiting with bated breath to see how expectations and marketing will match both reality and sales. Some people will love it, some will hate it.

Whichever way the pendulum swings, and it will swing back and forth repeatedly the Nintendo Switch will have one lasting effect on one corner of the gaming market. The Nintendo Switch, intentionally or not, will give an infusion of inspiration, not to mention a role model, that the mobile gaming industry so desperately needs.

A quick survey of mobile games

From the very first, and crude, Snake game on Nokia’s early non-smart phones, mobile devices have provided users with some form of interactive entertainment or another, a.k.a. games. Of course, today’s games are more sophisticated, sometimes also more greedy, than those early generations, but, if you take a look around at what’s available, you can easily classify games into a few “cookie cutter” types, with some outliers here and there.

There is, of course, the obvious ones like puzzle games, most of them using an age-old “three same” mechanic. Hits like Candy Crush Saga and many clones that follow it fall under this class. Some do try to give a different spin to the game, like a story mode or battles with monsters, but they all have the same strategy: line up three or more similar things to win.

Then there are the “builders”, games that have you collecting resources, placing them in places, leveling them up, and then brawling with other players once in a while. Although Clash of Clans is an obvious representative of this sub genre, even some “pet” games, particularly those that start with “Dragon”, do also qualify. Whether you’re growing forts or growing pets, the basic flow is the same. 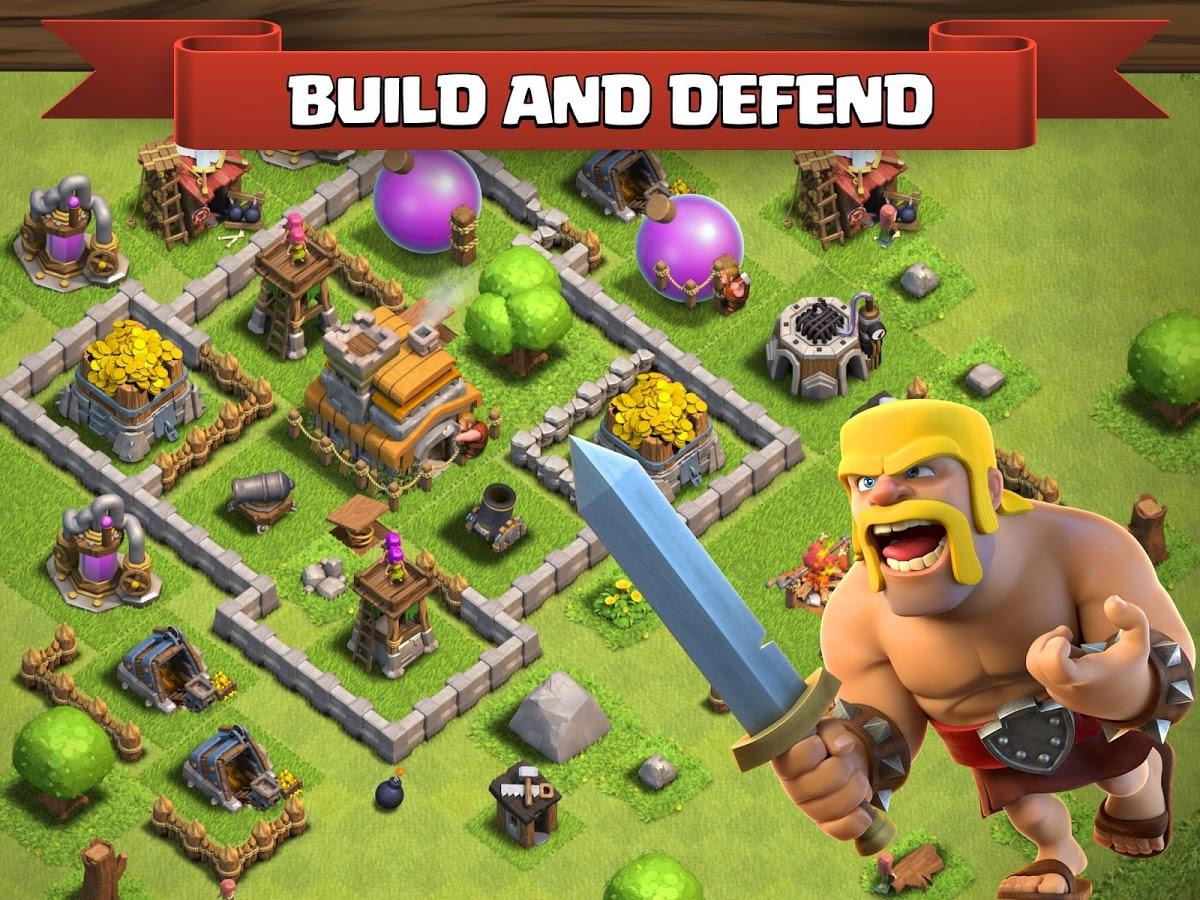 These two types, despite being highly addictive for some, are usually lumped under a more laid-back “casual” classification. Mobile games definitely have more to offer, like supposedly high-octane action RPGs. Ironically, many of these games have auto battle features that take away the “action” part. Most of these types have instanced dungeons/skirmishes/quests that you play in short bursts (or not play at all, if you have auto battle on).

There are definitely a wide variety of non-action RPGs, particularly those from Kemco and Com2Us. These offer a bit more depth in terms of content compared to those action RPGs, but they also share a particular defining aesthetic. Their visual style, and even combat mechanics, are a nod to the “retro” RPGs of the past, particularly the early Final Fantasy titles and NES games. Which means, 8 to 16 bit art assets and turn-based battles.

There are also shooters and racing games that share a similar “head on” view, either from a first person view or from behind the player’s character. While different genres on PCs and consoles, these mobile incarnations can be grouped together because of their usually twitched-based controls that are more dependent on a gamepad-like layout than other games. Admittedly, that’s a bit harder to pull off considering you don’t really have a gamepad.

Then there are the ports of sometimes old games from PCs and consoles, like the Final Fantasy series, some old school RPGs, and, more recently, the somewhat embarrassing Mega Man Mobile. While these games span a wide range of genres, they all have one thing in common: they were not designed with mobile in mind.

While there are definitely a lot more types of games in the Android and iOS markets, like aforementioned outliers that defy classification, most of the mobile games today fall in one or two of those categories. And despite their differences in genres and gameplay, they all still have one overarching trait. None of them are designed for prolonged engagement and emotional attachment.

When was the last time you heard of a heart-wrenching mobile game (that didn’t first appear on PC or console)? Or a game whose player numbers didn’t wax and wane depending on the whims of the market? You do hear about insanely addictive, to the point of insanity, titles, but those usually don’t last more than 2 years and their designs are, more often than not, designed like a Skinner box to feed on that addiction and, of course, on in-app purchases. 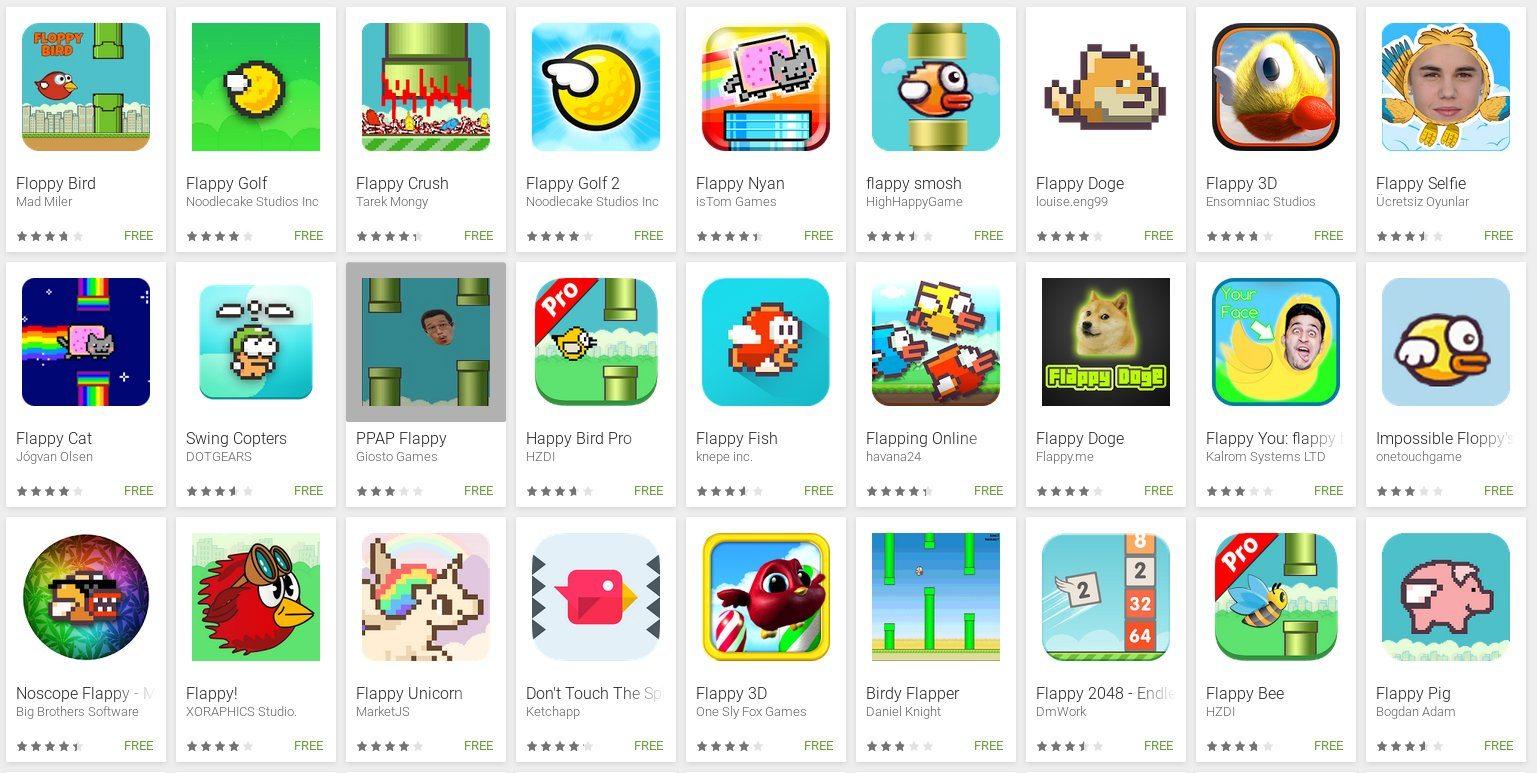 Mobile games in recent years have been designed following a mantra of short bursts of engagement. That’s intentional because of the very nature of smartphones, at least back when mobile gaming started. These devices were, more often than not, only used during free moments. There was also a concerted effort to grab the attention of people who would never have considered themselves gamers, to some amount of success. Because of these constraints and these goals, majority of mobile games ensure that periods of engagement don’t exceed more than a few minutes, sometimes even just seconds. It would be terrible, for example, if you lost your progress just because you weren’t able to save your game state when you had to rush out, or in, ending your game.

Of course, this formula worked, and still works today, but mobile device usage has grown to be greatly different in the past years. People sometimes actually spend more time on their screens than looking up. And addiction to certain titles proved that these gamers, both hardcore and those who still consider themselves to be casual, are willing to invest time and even money on obscene amounts of engagement in a game. Perhaps its time to rethink the current paradigms of mobile game design. And, just in time, the Nintendo Switch comes along.

The Switch is both old and new. The idea of bringing along a game with you on the road, or plane, isn’t exactly novel. The PlayStation Portable and Vita as well as Nintendo’s own 3DS handhelds have been doing that for years. What’s new, however is the shifting between modes of gaming, from traditional TV-connected console to handheld.

But there is something else that’s new. While we’re still months away from a proper teardown, the Switch’s internals sound pretty much like what you’d see inside a smartphone or tablet. NVIDIA Tegra ARM chip? 32 GB of internal storage? A 6.2-inch 720p touch sensitive screen? That pretty much screams “mobile”.

In effect, Nintendo is saying that you can accomplish so much with the very same hardware you’d find in your phones. And you no longer need to be limited by the constraints of mobile gaming, both hardware and gameplay. Hardware has evolved and so have gamers. They’re willing to invest sometimes hours into a game, pause when they need to, and pick up where they left off when they get the chance, not minding the context switching in between. And, as it turns out, our smartphones are particularly ready for that next evolution of “portable” gamers.

The hardware is already there

While the Tegra X1 still boasts of massive amounts of power, enough to drive a resource intensive game like Zelda or Super Mario Odyssey, our high-end smartphones are no slouches either. Each year we are greeted with more powerful processors, faster memory, and higher resolution screens. And ironically thanks to Samsung’s misfortune, manufacturers are more conscious about thermal management without gimping performance. 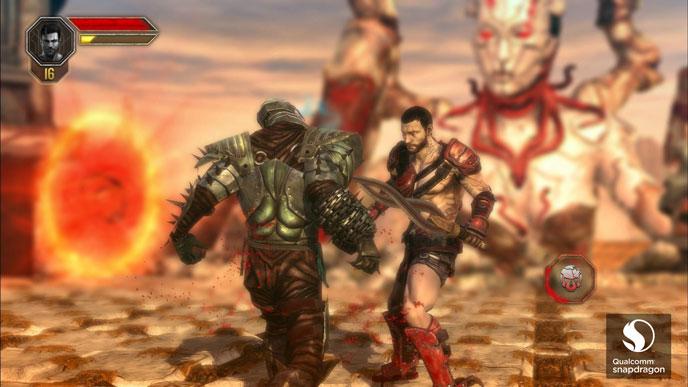 What this means, in a nutshell, is that smartphones are more or less capable than the Switch in terms of hardware capabilities. Perhaps even more, because Nintendo will definitely have some arbitrary constraints to keep its experience more uniform. Screen resolution and internal storage alone are places where smartphones trump the Switch. And, except for certain phablets, smartphones are more portable, not to mention more multi-functional.

And the Switch’s special features? Displaying on TVs and external screens has long been possible and even easy on Android and iOS. Both platforms, but especially Android, support a variety of controllers as well. Except for certain niche features like IR-enanled controllers and rumble feedback, again smartphones are just as potent as the Nintendo Switch. Sadly, just because they can doesn’t mean they do, and mobile gaming is hampered by something other than hardware.

The software, not so much

The best and most powerful hardware is rendered impotent without software to take advantage of them. Here we’re not talking merely about the operating systems, Android and iOS in particular, but the very games that run on them.

Processing power, storage technology, and screen quality have vastly improved in the past years but few games seem to take advantage of them. Those that do are mostly satisfied with eye-candy. When games talk “console-level” graphics, they mean exactly that and nothing more. They usually mean a game with mouth-watering visuals but none of the engrossing experiences of console games.

But more than that, mobile games also fail to break out of the comfortable molds of what have been successful tactics and mechanics, in the misplaced hope that they too, would rake in the money. This resulted in having an over-saturation of games of the same kind with very little distinction from each other and, to be honest, very little depth.

While part of the blame does lie on the game developers, some of it was also due to the lack of tools available to developers back then. A lot of the times, developers had to either whip up their own game engines from scratch or at the very least rely on some fairly limited off-the-shelf engines. Times have changed however, more powerful, and also more resource-hungry, engines like Unreal Engine and Unity 3D are both available for free (to some extent), leaving little excuse for game developers to not put out better quality, more immersive, and more engaging mobile games.

One thing that has to improve on the platform side, however, is support for game controllers. All kinds of them, from the regular Bluetooth ones, to USB wired ones, to those that provide a cradle for the phone, to those that snap to the sides of the phone. Not all games can easily be managed by the limited space of a touch screen, and while gamepads do mean an additional accessory to carry around, Nintendo is showing that, if designed right, they won’t feel as burdensome.

The Nintendo Switch might still fail, as naysayers, even Nintendo investors, seem to believe. But, for a time, it will enjoy a period of hype, interest, and, most importantly, discussion. For a time, people will be talking about the idea of gaming anywhere and everywhere with the same device. And, for a time, some people, especially rather “enterprising” businesses, will try to imitate what Nintendo is doing.

Already Nintendo is showing some of the Switch’s limitations. It’s not going to stream videos. It’s not going to play older games. It’s not going to connect with anything else. Those who imagine the Switch to be an awesome, powerful, and multi-talented gaming device might be disappointed. But, guess what? We already have such a device in our pockets. Now if only they had great games we could play and talk about for days on end. Thanks to the Nintendo Switch, we might have those soon!