One of the things that has made the Nintendo Switch popular, aside from its portability and selection of games, is the Joy-con controller. But while it is a defining factor of the Switch, the Nintendo console can still connect to various Bluetooth controllers, especially those designed to look like gamepads from yesteryears. Following last year’s NES gamepad, Nintendo is launching a wireless SNES gamepad for the Switch but it comes with a very important catch for interested buyers.

The wireless SNES controller has been leaked last month and its official arrival was perfectly timed. At its Nintendo Direct stream last week, it finally announced the arrival of SNES games to its Switch Online service. And what better way to experience SNES games than with a SNES controller.

The slight problem is that buying this controller requires a Switch Online subscription, the one that costs $4 per month or $20 per year. To some extent, it makes sense because you can only play SNES games with the controller since it lacks the modern amenities needed for regular Switch games. And you can only play those SNES games with that online subscription.

As for the controller itself, it costs $29.99 for one piece. Unlike the previous NES controller, you don’t need to pay twice the price to get a pack of two, whether you like it or not. But if you do want to buy two, you buy one individually, which ends up with that same price anyway. 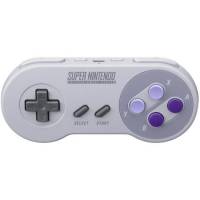 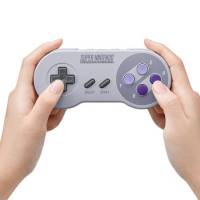 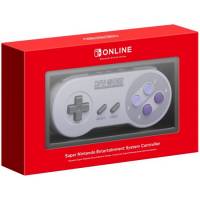 Of course, the official wireless SNES controller isn’t the only controller for the Switch. Aside from Nintendo’s own Pro controller, there are also third-party controllers that offer both a classic look as well as more advanced features. Those, of course, cost more than this SNES controller.