For as long as consoles have been around, people have been hacking them. Nintendo in particular has a long and storied history with hackers, especially with its more modern consoles. Healthy homebrew scenes popped up around the Wii, DS, and 3DS, and now that the Switch is on the scene, hackers have turned their attention to it.

Toward the end of last year, a team of hackers created an exploit tool that allowed for homebrew on the Switch, but there was one major drawback. As the exploit ran on Switch firmware version 3.0.0, it meant that those who applied it (and wanted to keep it) weren’t able to play Super Mario Odyssey, one of the console’s must-own games. The fact that there isn’t a significant amount of homebrew applications for the Switch just yet is also a problem, but it’s one that will fix itself as time goes on.

Now, however, we’re hearing of new progress on the homebrew front. A group called fail0verflow (which some of you will already be familiar with) posted a very intriguing image to Twitter a few days back, showing the Switch running Linux. The folks over at Nintendo Life got in touch with fail0verflow today, and the group makes some pretty big claims about the potential longevity of this exploit. 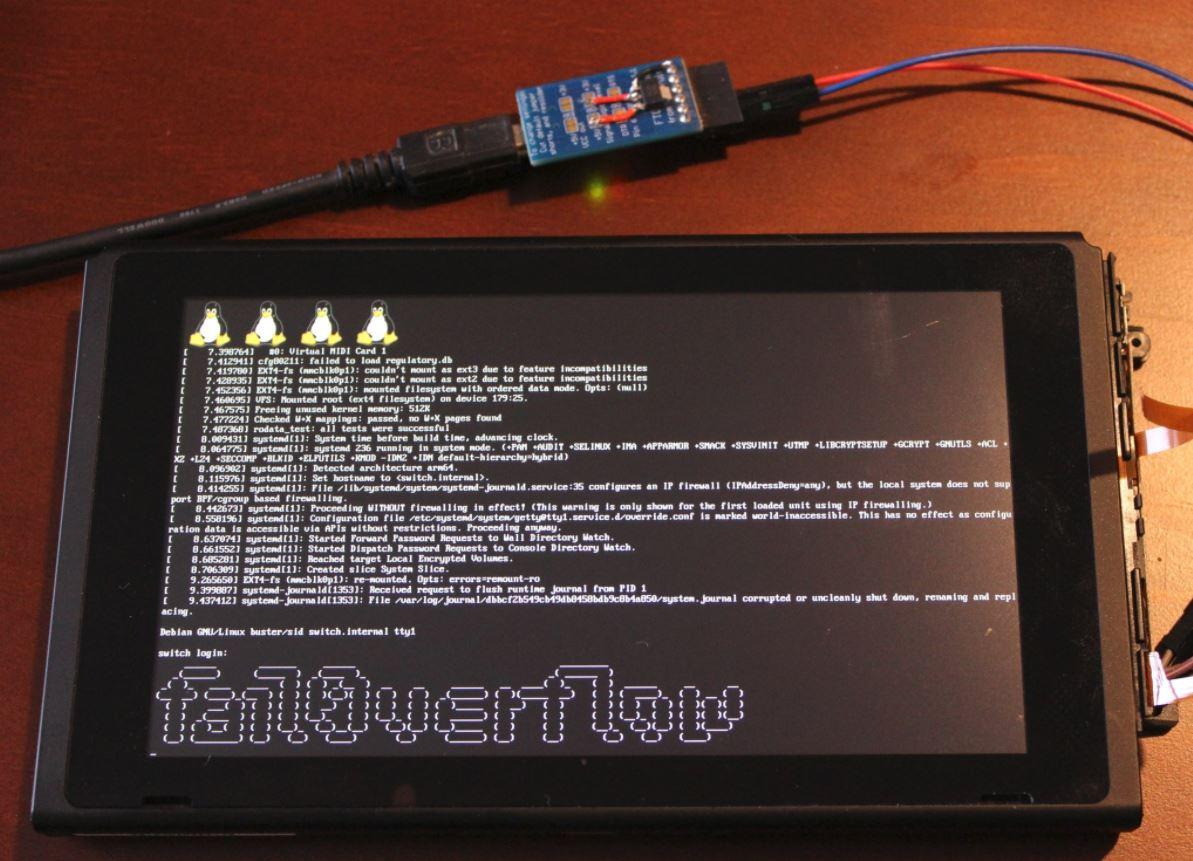 According to fail0verflow, this exploit can’t be fixed by a future firmware update by Nintendo. That’s big talk, but if it’s true, it means good things for a homebrew community that has been trying to gain a foothold when it comes to hacking the Switch.

Of course, the flip side of that benefit for the homebrew community is that an exploit that can’t be patched is bad news for Nintendo, as it opens the platform up to piracy. Indeed, whatever advances the homebrew community makes always seem to go hand-in-hand with an increase in piracy, so you can bet that Nintendo will be looking for a way to fix this exploit regardless of fail0verflow’s claims. Stay tuned.