Night shift work is a cancer risk, and new study may explain why

A number of past studies have linked working the night shift with the increased risk of developing multiple health problems, including high blood pressure and cancer. A new study may have the explanation for why working these odd hours may increase one’s odds of developing cancer, noting that working at night throws off the body’s internal clock.

The new study, which was recently published in the Journal of Pineal Research, comes from Washington State University Health Sciences Spokane. To evaluate the effect night shift work has on the human body and how it may relate to cancer risk, the researchers had healthy participants follow simulated day and night shift schedules. 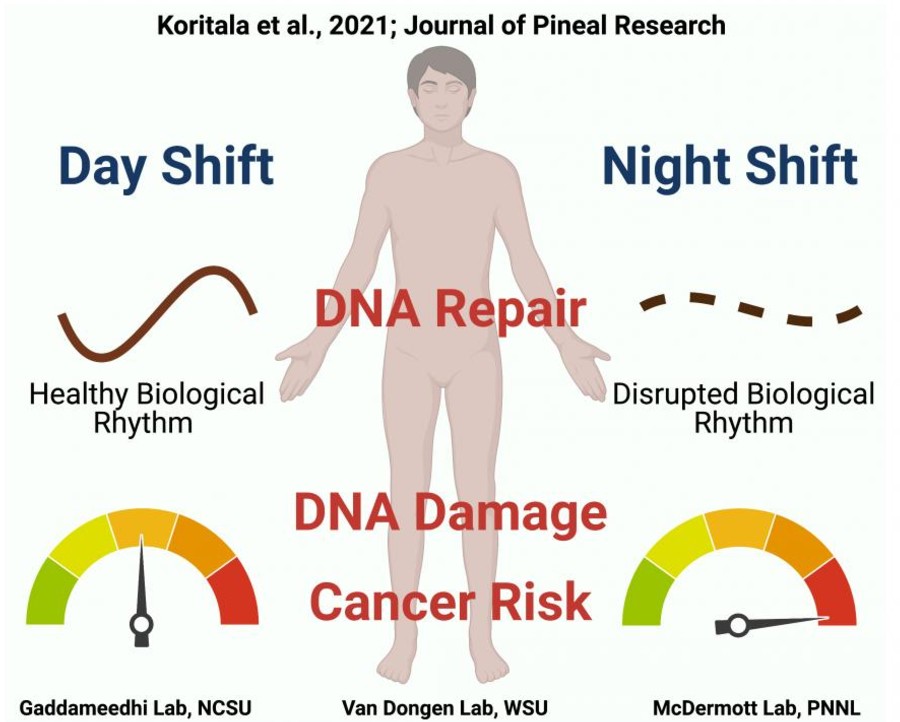 Using the data from these participants, the researchers found that night shift work schedules interrupt the body’s internal 24-hour clock, knocking genes related to certain cancers out of rhythm as a result. This change puts the worker at greater risk of DNA damage.

While the DNA damage risk of amplified, the night shift work also impairs the body’s ability to repair DNA, which would typically mitigate some of that damage. This may explain why people who work the night shift appear to be at greater risk of developing certain cancers, according to the researchers.

There has been mounting evidence that cancer is more prevalent in night shift workers, which led the World Health Organization’s International Agency for Research on Cancer to classify night shift work as a probable carcinogenic. However, it has been unclear why night shift work elevates cancer risk, which our study sought to address.