Even if you don’t like sports games, there’s a pretty good chance you’ve heard about how much people love NHL 94. The mid-90s hockey game is widely revered as a classic in sports game circles, and it certainly seems to be the game which all subsequent NHL games have been measured against. It’s about to get something a revival, but perhaps in a limited form that NHL video game fans won’t be too fond of.

Today, Electronic Arts announced NHL 94 Rewind, which is a modern re-release of the classic game in more than one sense. While NHL 94 Rewind will retain the 16-bit graphics, top-down camera, and gameplay of the original title, it’ll be updated to feature present-day NHL teams and their rosters. 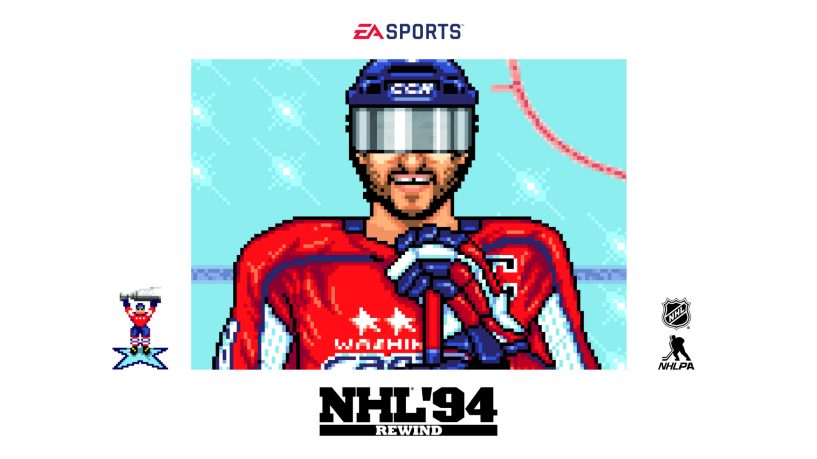 That means there will be a total of five NHL teams in NHL 94 Rewind that weren’t in the original title: the Nashville Predators, Winnipeg Jets, Columbus Blue Jackets, Minnesota Wild, and the Vegas Golden Knights. Those teams were all added to the NHL after NHL 94 was released, with the most recent addition to the league being the Vegas Golden Knights in 2017.

At this point, EA hasn’t indicated if NHL 94 Rewind will one day be offered as a standalone game, and that’s something we definitely won’t find out for sure until after NHL 21 releases later this month. While we certainly wouldn’t be surprised to see NHL 94 Rewind offered as a standalone title later on down the road, for now, the only surefire way to get your hands on a copy is to pre-order NHL 21.