Google VP of Engineering Andy Rubin and overseer of the Android platform has indicated that the next version of the Nexus One Smartphone will be an enterprise edition for business users – and might have a physical keyboard to boot.  However not too much was revealed on what exactly the enterprise version of the Nexus One will actually consist of in terms of software applications.

Interviewed by All Things Digital’s Walt Mossberg today, Rubin talked about the advent of a new breed of “superphones” and Google’s vision for the way phones should be purchased and sold.

An early question: How involved was Google in the development of Nexus One?

Rubin: “We threw out crazy ideas to our partners at HTC and they were pretty good about plucking the good ones out of the air and building them into the device.”

Walt asks about the new business model Google’s launched in concert with Nexus One. Was this something the company planned all along?

“This is the next phase of Android–taking the newest versions of the product, placing them online and allowing consumers to purchase them directly,” says Rubin. “What we’ve learned is that there are more efficient ways of connecting consumers with the phones they’d like to purchase…easier ways.” Purchasing a Nexus One through Google, says Rubin, is a casual process. “No one’s breathing down your neck,” he says. “No one’s trying to upsell you.”

Anyhow, release date, specs, pricing, and any other concrete existence is yet indefinite. 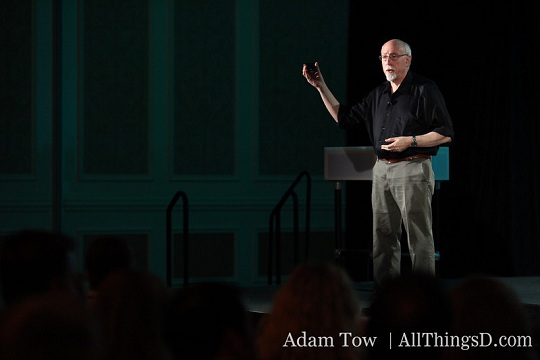