The Android platform is already notorious for its fragmentation and Google may have contributed to that even further. When it launched its own Google Pixel, it introduced some features that may never reach its other Nexus devices, even if the hardware were capable of supporting it. Google’s tune has changed a bit after much criticism, at least for one particular feature. Fingerprint swipe down, first seen on the Pixel, are coming and, at least according to some reports, has already landed on some Nexus 5X devices.

Google has been using a hardware excuse for some of the Pixel features it has decided not to provide other Nexus devices. That, however, has largely been debunked and even Google would later admit that the Nexus 5X, and even the Nexus 6P, have capable fingerprint scanners. It was all a matter of updating firmware and software.

Google did say it was doable and would investigate the matter. Apparently, they were able to actually make it happen. That’s happening now with the roll out of the Android 7.1.2 maintenance update to the Nexus 5X. A new “Moves” option appears after installing the update, allowing users to roll down the notification panel by simply swiping down on the fingerprint scanner on the back. 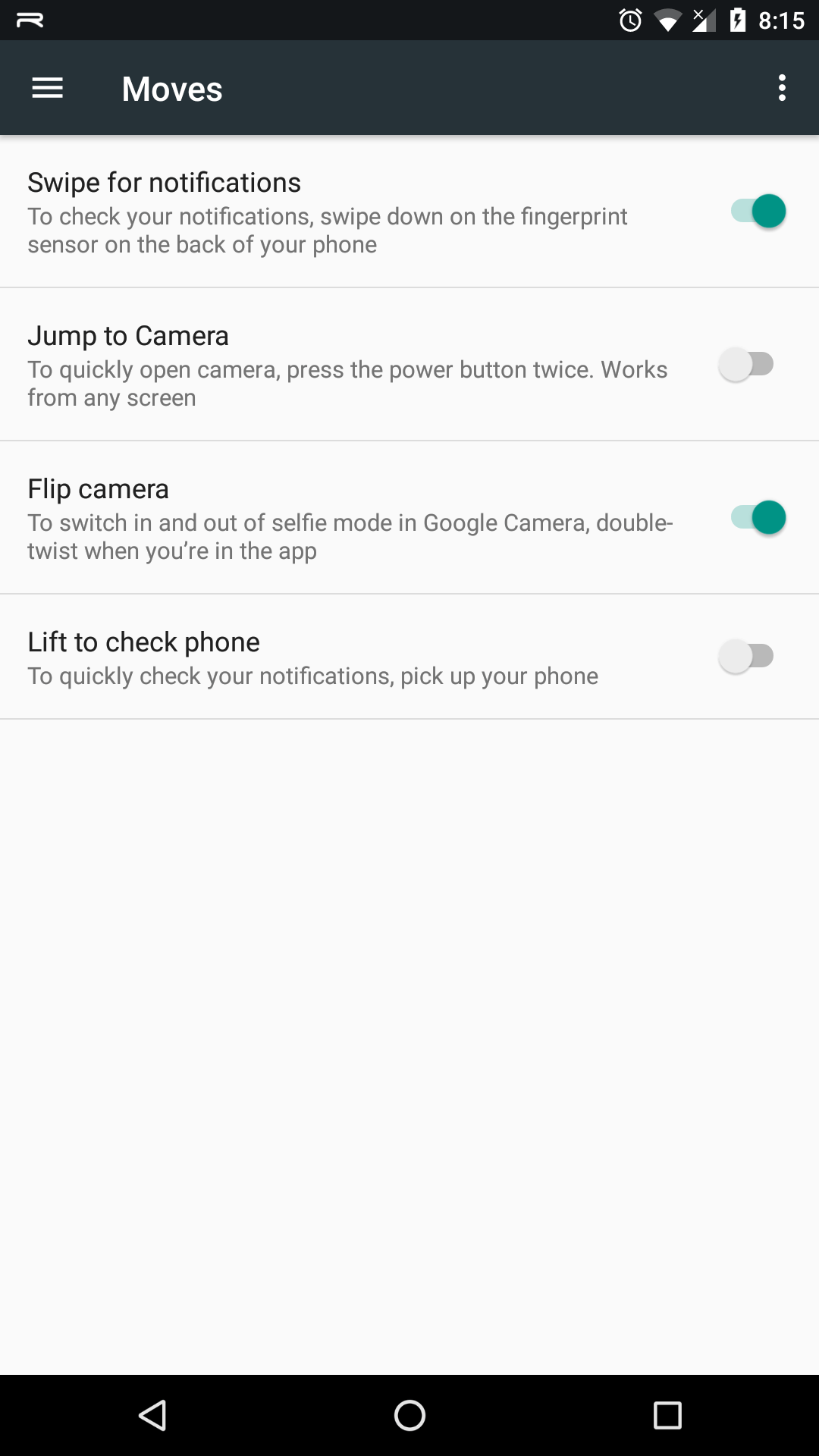 What hasn’t happened yet, however, is the same update for the Nexus 6P. It would definitely be painful irony if the more powerful Nexus is left out of this feature, which will surely rouse even more vocal complaints. Chances are, the Nexus 6P will follow suit soon. Hopefully.

While it’s indeed good that Google has decided to bring the feature down to the Nexus, its implementation is actually quite limited compared to third-party alternatives. Especially when you have a rooted Nexus phone. Now if only Google would do the same for Night Mode.