This week an intrepid viewer spotted the latest in a line of appearances of the starship Ghost in Star Wars live action films. This ship originated in the 3D-animated Star Wars series “Star Wars Rebels” and took part in the birth of the rebellion we see prevalent in episodes 4, 5, and 6 (the original Star Wars trilogy). Barring any additional editing done by Disney in the future, the Ghost does not pop up in A New Hope, The Empire Strikes Back, or Return of the Jedi. But it does appear in Star Wars: The Rise of Skywalker (Episode IX, 9).

One of two times you’ll see the Ghost in Star Wars: The Rise of Skywalker is in the massive wave of ships that come to aid the Resistance in their battle against The Final Order, aka the “new” Empire. There were so many ships in that set of scenes it seemed more of a stretch that everyone’s favorite old-school non-Millenium Falcon Corellian ship wouldn’t appear. It’s too much fun. 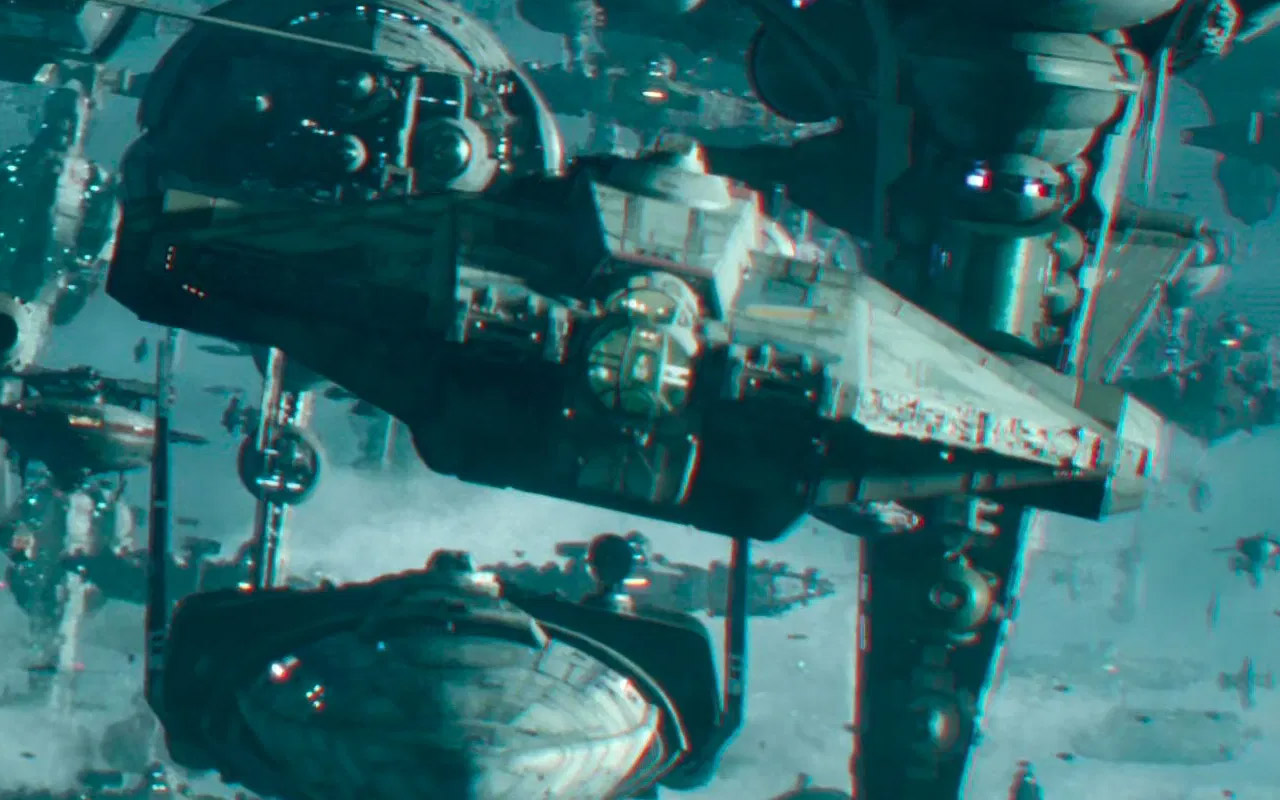 So it’s up there – and we can assume that, by this time, it’s likely the ship is piloted by one Jacen Syndulla.* As such, we can safely assume that three generations of Syndulla pilots have done their part to fight against the Empire:

*NOTE: I will not spoil the reason why Jacen is the most likely candidate for WHY the Ghost remains part of the Resistance fleet, after it’s already been a major part of the Rebellion fleet. Take a peek at the series finale of Star Wars: Rebels and you’ll get a good idea of why. Chopper’s probably rolling around in there too somewhere! 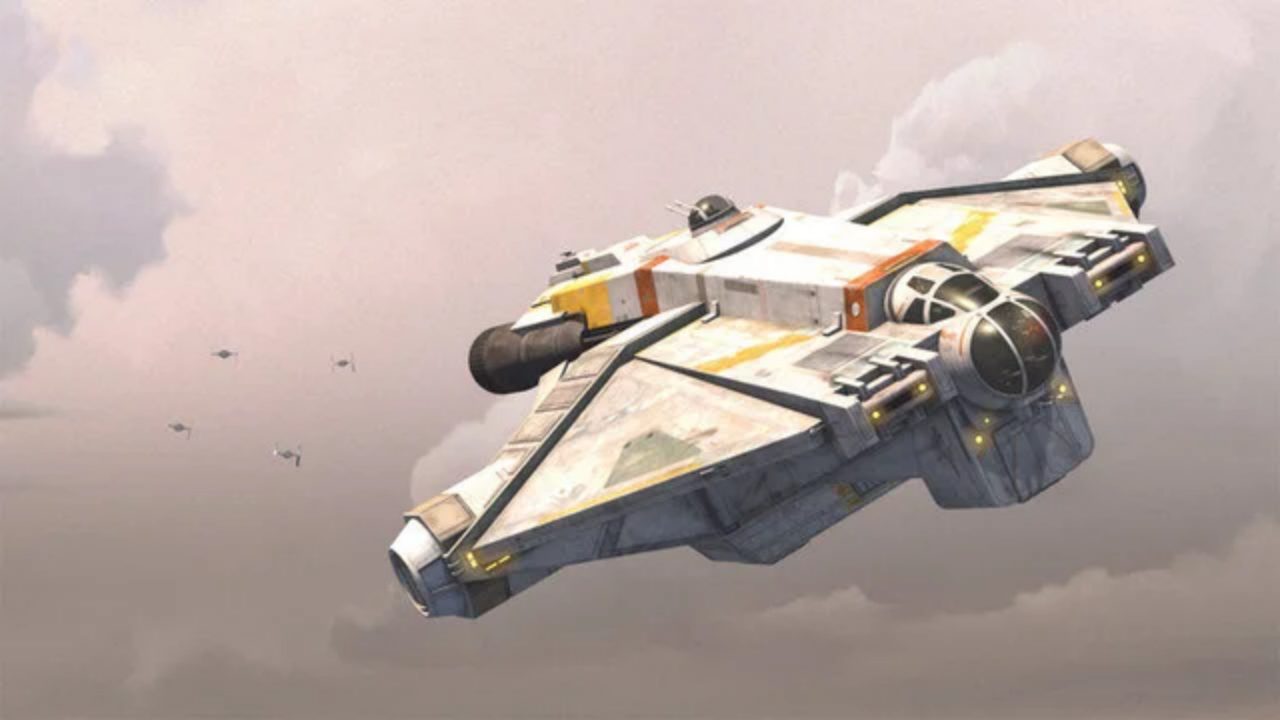 Now, we don’t know for SURE if we’ve got Jacen onboard, here. We can verify that at least the first spotting of the Ghost was, indeed, officially THE Ghost. There’s no reason to assume this second spotting (on the ground) isn’t also the official Ghost.

The Ghost is also in Rogue One a few times – because of COURSE it is. There’s a live-action appearance of Chopper in that movie too. He’s just rolling along in the base on Yavin IV, like nobody’s business.

Per Fandom research it would seem that Jacen was born on O BBY (AKA 0 ABY), and the events of The Rise of Skywalker took place on 35 ABY, so there’s certainly room for Jacen to be piloting that ship by the time it appears in Episode 9.

While the single appearance of the Ghost in the battle in space could’ve been enough to point to the idea that Disney was considering bringing Jacen into the series as a live action character, the SECOND appearance of the ship in the landing (as shown in the screencap at the head of this article) takes the cake.

What do you think? Is it time to bring Jacen Syndulla into the fold? Or is it better that he remain an assumed part of this narrative? Do you expect we’ll see Jacen in whatever live action film Disney releases next?