Researchers recently uncovered Scotland’s largest dinosaur site when they came across hundreds of dinosaur footprints dating as far back as 170 million years. The site was found near the Isle of Skye, along the nation’s shore, with data indicating the footprints were left in the Middle Jurassic period, when the area was a sandy, saltwater lagoon. Not only do scientists know what kind of dinosaur left the footprints, but that they were likely walking in shallow water when the prints were made.

The study, published in the Scottish Journal of Geology, indicated that the footprints were much larger than those left by something like a T. Rex, measuring roughly 70 centimeters across. Steve Brusatte, the study’s lead researcher and a University of Edinburgh paleontologist, revealed that it was probably early sauropods that walked the ancient lagoon. 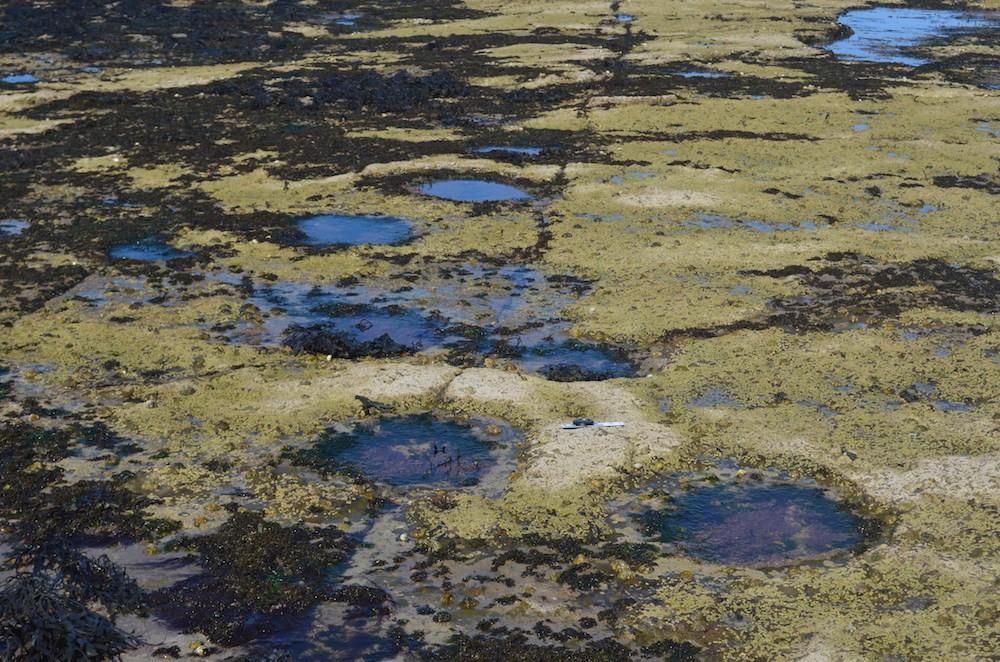 Sauropods were large, four-legged dinosaurs with long necks that are believed to weigh over 20 tons and be as tall as a 7-story building. “These footprints were made in a lagoon, which is a pretty interesting environment for dinosaurs. We can tell that they were making these footprints while they were walking underwater — probably shallow water,” Brusatte said.

The researchers say there were able to identify at least three layers of footprints, meaning there were several generations of the dinosaur to walk through the lagoon. This discovery is significant because it help scientists better understand how early sauropods roamed the region, and that they lived closer to the water than previously thought; “these dinosaurs weren’t swimmers but they would have been moving around knee-deep in this brackish lagoon.”