Microsoft isn’t one to be modest about the success of its Windows 10 rollout. In its latest tally, more than 110 million devices have been upgraded since the OS launched in June, eclipsing Windows 7 and Windows 8.1 in many records. Of course, that’s just a faction of the Windows installations throughout the world, and Microsoft is intent in upgrading those as soon as possible, especially given the one year free period. Now it has announced some changes to the upgrade system that might inconvenience, even annoy, some while also embracing pirates.

Microsoft noted how some users of “non-genuine” copies of Windows 7 and 8.1, a.k.a. pirated copies, found very creative ways to still force an upgrade to Windows 10. But even more curious is how many of these actually ended up buying a Genuine Windows 10 activation from the Windows Store. Sensing a golden opportunity, Microsoft will be embarking on an experiment. It will implement a one-click way for pirates to upgrade a Genuine copy of Windows by entering an activation key they legally acquired elsewhere. In short, it will be making it easier for pirates to graduate to legit users. If the experiment works out in the US, Microsoft plans to roll it out elsewhere. 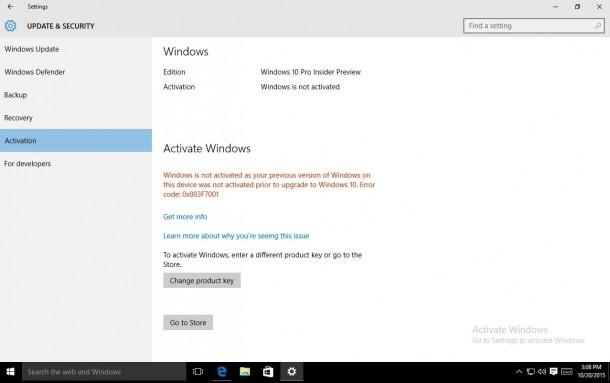 Microsoft also announced some subtle but non-trivial changes to the upgrade process for genuine users. First, some good news. Microsoft finally allows users to turn off upgrade notifications once and for all. Not everyone wants to upgrade to Windows 10, immediately or at all, and they definitely don’t want to be incessantly nagged about it. But at the same time, Microsoft might be making it impossible for them to escape the inevitable, and sometimes in ways that go beyond the user’s awareness.

Soon, the Windows 10 upgrade will be marked as an “Optional Update” in Windows 7 and 8.1’s Windows Update programs, the central place for all such updates. In short, if you’re in the habit of installing even optional updates blindly, you might accidentally download Windows 10 even if you don’t want to. Even worse, next year, Microsoft will mark the upgrade as a “Recommended Update”, and these updates are automatically downloaded by default unless you explicitly turn the feature off, which Microsoft of course discourages.

It should be noted, however, that in all cases above, Microsoft will actually first ask you if you do want to upgrade to Windows 10 but only after the upgrade has been downloaded. And in case you do say yes, you will be given 31 days to go back to your more familiar version if you choose to do so. That said, the changes might still catch many users unawares and will most likely lead to no small amount of vexation.