When King Tut was removed from his tomb in 1922, his body was effectively ripped to pieces in order to separate his jewelry for transport and/or display. Here in modernity, scientists and archeologists take a much more conservative approach to preserving materials for optimum study. Since the dawn of time, ancient folded or “locked” documents, like those part of a study published this week, have been cut to bits in order to read the writings they contained With what’s been developed by researchers and presented here in 2021, antique document destruction-by-default may become a thing of the past.

As noted by Smithsonian Magazine in an article published in 2014, British Egyptologist Howard Carter wasn’t particularly careful in removing King Tut from his coffins. Carter and crew decided that attaining the various precious metals and gems surrounding Tut was a more important endeavor than preserving the body, the wrappings, and everything else. 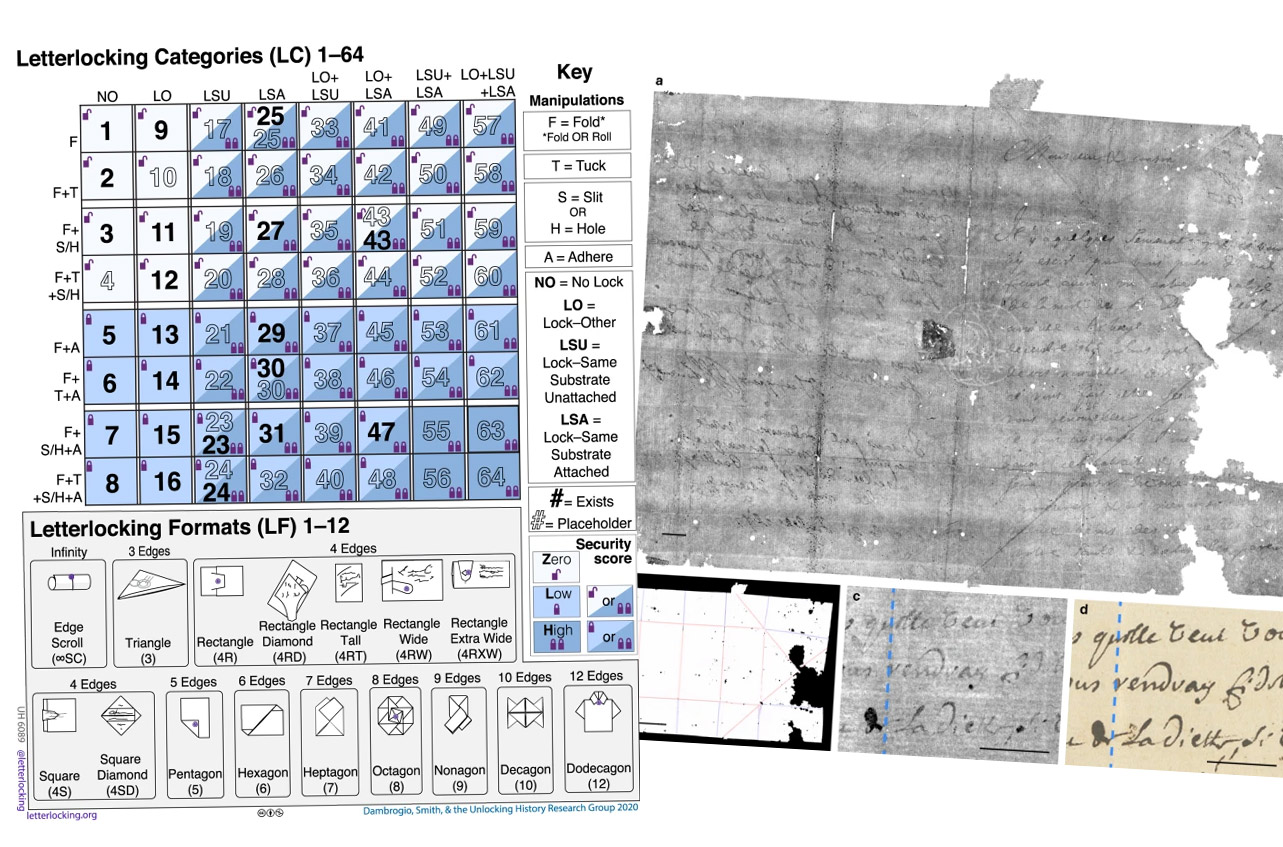 Researchers Jana Dambrogio, Amanda Ghassaei, et. al. revealed a new method for attaining the secrets held within antiques in a paper published this week. The paper deals specifically with “automated virtual unfolding of sealed documents.” With this system, they’re able to use x-ray microtomography and computational flattening algorithms.

This crew of researchers worked with documents that weren’t just rolled or simply folded. They worked with “letterlocked” documents, in some cases so intricate and complicated that any attempt to unlock would result in the destruction of said documents.

With their new “virtual unfolding” technique, they’ve begun work on deciphering the contents of ancient and otherwise lost documents. They demonstrated their method on “four letterpackets from Renaissance Europe”, and presented the content of one unopened letter for the first time since it was sealed in 1697.

A full Virtual Unfolding webpage was created to show the results of this research, complete with virtually unfolded letters from the Brienne Collection. They’ve also created a “letterlocking videos” collection on YouTube, one of which can be found below.

Inside the 1697 letter are “an ordinary bit of family business,” according to an NPR interview Dambrogio. The letter includes “one cousin writing to another to request a copy of an official death certificate for one of their relatives.”

For more information on this research, see the paper Unlocking history through automated virtual unfolding of sealed documents imaged by X-ray microtomography. This paper was authored by Jana Dambrogio, Amanda Ghassaei, et. al., in Nature Communications 12, Article Number 1184 (2021). This paper can be found with code DOI:10.1038/s41467-021-21326-w as of March 2, 2021.