While 3D printing has become en vogue, especially in hobbyist communities, 3D printed firearms have become the movements most unpopular application. Governments around the world have sought to either totally ban such products or discourage their use by playing on the guns’ extremely short lifetimes. That fear factor, however, may no longer be usable soon, thanks to a specially crafted type of bullet that won’t destroy a 3D printed gun, especially plastic ones, no matter how many times you fire it. Definitely law enforcement’s worst nightmare.

The problem with 3D printed guns, especially of the plastic kind, and regular ammunition is that regular bullets have thin brass casings. During the bullet’s explosion, the metal gets deformed and the force is transferred to the gun’s barrel, which, as you might have guessed, won’t survive the force too long. Some guns can only fire one shot, others just over a dozen. 25 year-old amateur gunsmith Michael Crumling solved this problem by using a thicker steel shell with the lead bullet inserted inside so deep that the shell is able to contain the force of the explosion instead of transferring it to the gun. This design could very well pave the way for the advancement of 3D printed guns and maybe even semi-automatic 3D printed guns. 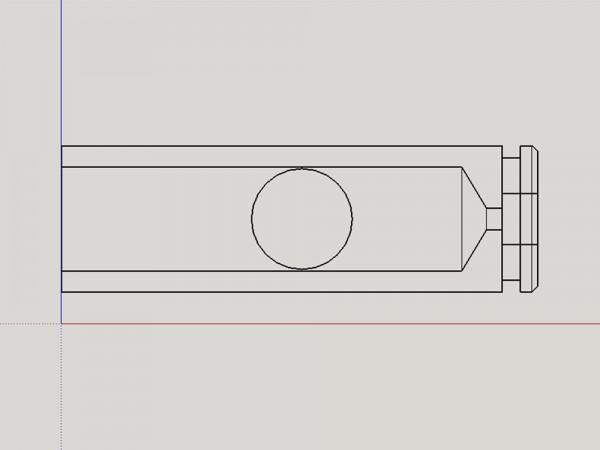 Crumling doesn’t see himself as an activist so his work has never been for the benefit of any pro-gun movement. Instead, he thought of himself as an engineer who has a problem to solve. Of course, that might not stop others from taking advantage of the new found knowledge and put it to less than selfless uses. Perhaps fortunately, the new bullet’s design and its application is far from perfect. For now.

For one, it takes an hour to produce a single round. That’s because each has to be individually machined, taking mass production out of the question. Unfortunately, however, the shells can actually be reused, repacked with new bullets, gunpowder, and primer. Provided, of course, you’re able to retrieve them after they’ve been fired. That part is also a bit unconventional compared to traditional firearms. Although it doesn’t break the gun down, the bullets do shatter the top of the gun because of the shell’s movement. To quickly resolve that, Crumling’s test gun had its roof left open and the shell just ejects itself out.

Crumling’s bullets can work with even the cheapest made plastic 3D printed hand gun, opening the door even wider for anyone with the right materials and equipment not just to make their own guns but to make ones that won’t get them killed just by firing a single shot. It’s an engineering feat that does bear noting, but it does paint a rather worrying picture of the future nonetheless.