Twitter is getting a bit of a redesign across a number of different versions today. Though this redesign isn’t anything drastic – you’ll still know Twitter when see it, in other words – it does make quite a few quality of life improvements across the board. These new features and tweaks are coming to iOS, Android, TweetDeck, and Twitter Lite, though you may not see them right away.

That’s because Twitter is rolling out this new look with a staggered release. Twitter doesn’t expect the roll out to be complete across all versions for a number of days or even weeks. Therefore, if you don’t see the changes right away, just sit tight, because they’re on the way.

What’s changing with this release? Perhaps the most important change is the new navigation sidebar that has taken up residence on the left side of the display. This is where you’ll find shortcuts to your profile, additional accounts, settings, and privacy. This allows Twitter to remove clutter from the main screen by decreasing the number of tabs at the bottom of the page.

This new feature is only coming to iOS with this update, because it’s been live in the Android version of the app for the better part of a year now. Also exclusive to iOS users is new functionality that will open links you tap in Safari viewer. Everyone will see improved typography, bolder headlines, and new rounded profile pictures, which should make for a cleaner look overall.

There’s also a feature aimed at Twitter newcomers, as Twitter says that it has implemented more intuitive icons. Twitter points to the new reply icon as an example of this change – instead of an arrow, which some users took to mean “back,” Twitter is now using a speech bubble. The hope is that fewer people will be confused when interacting with tweets. 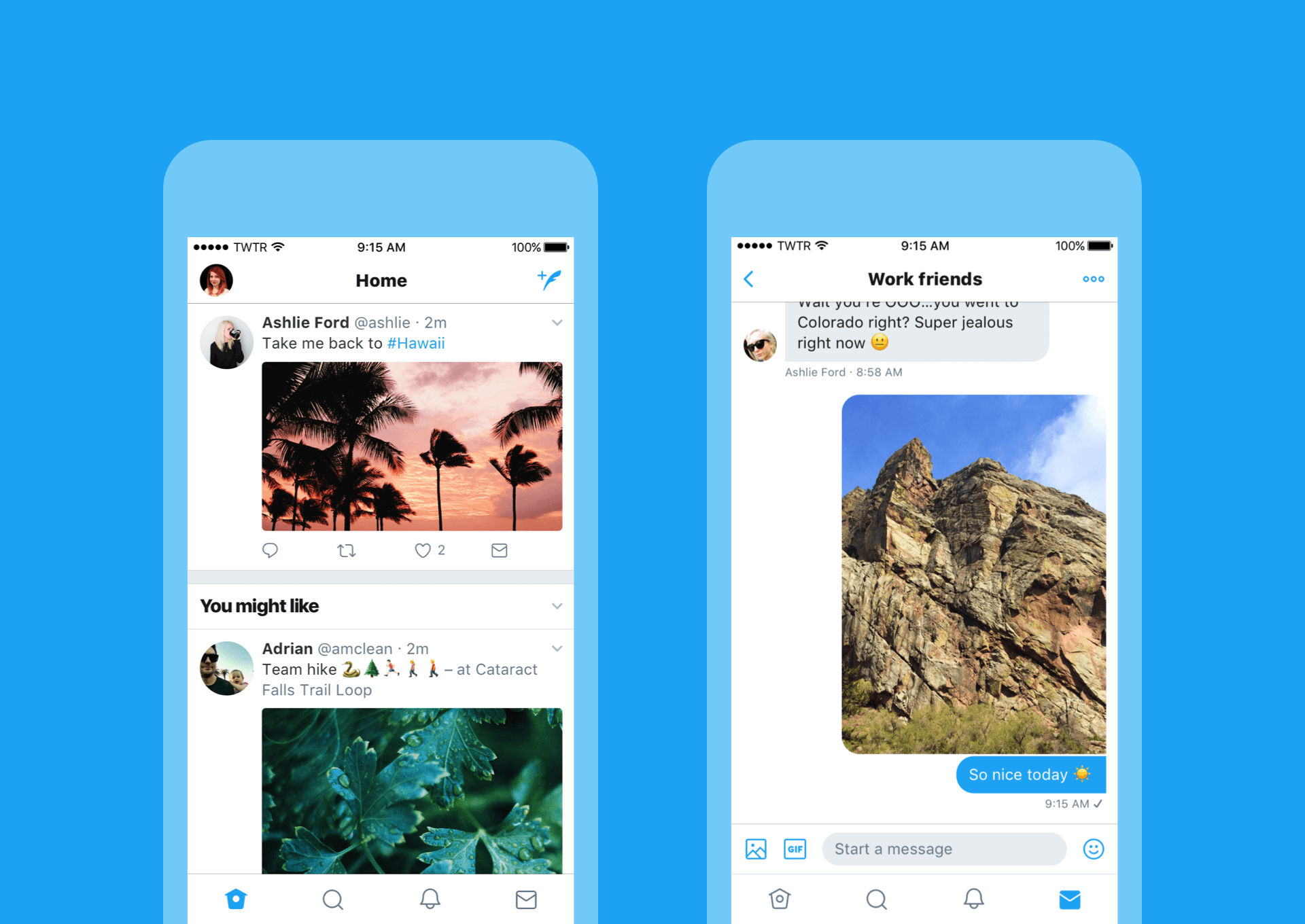 Speaking of interacting with tweets, you now find that things like retweets, replies, and favorite counts all update in real time. This is dependent on the device you’re using to access Twitter, as the company says that this new feature in particular won’t be available on web or Twitter Lite. Perhaps someday, but not this day.

All in all, it sounds like this is a collection of small changes that together will make Twitter a lot easier to navigate. Some of you may begin seeing these changes pop up immediately, and if you find that you’re part of that group, head down to the comments section to let us know what you think.