New Twitter feature collects tweets based on products and places

Twitter has just announced a new feature for its web and mobile apps that will collect tweets and media about products and places onto dedicated pages. The feature is currently being tested on a limited number of such topics, but new updates to the Twitter apps for iOS and Android make it possible to come across dedicated pages in the timeline, as well view collections put together by select high-profile users.

Twitter explains the first part of the feature as page that organizes tweets about a product or place, alongside a basic description, price, or link to the website for more information. As an example, they use the book The Martian by Andy Weir. A tweet about the book will include a link to the expanded product page, which features an image of the cover, a description of the book, and a button to buy now. 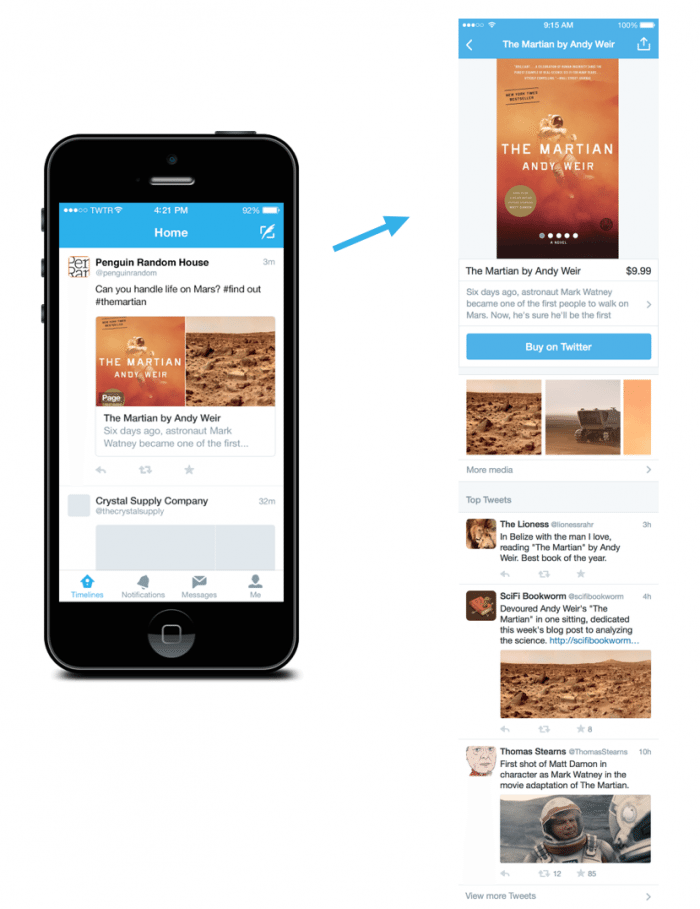 Right below that featured information will be other tweets about the book, such as those with pictures or videos, or just talking about it. The tweets may be organized by how relevant they are, those that are from accounts you follow, or those that are popular (most likely meaning lots of favs and retweets).

Instead of a physical product, a page could be about a place, such as a restaurant. That would feature tweets with photos taken by people who ate there, for example, while the information would include the location’s address and maybe a button to book reservations on their website. 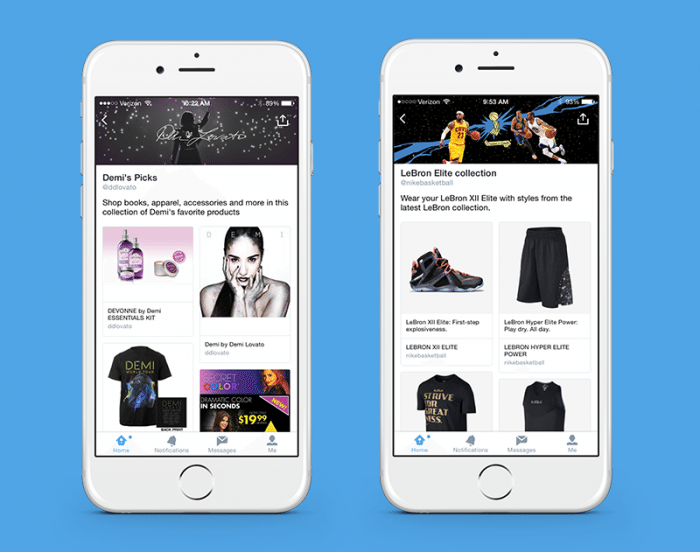 As for the collections, Twitter is allowing “influencers you care about” (i.e. celebrities and brands) to curate products and places in a single location, which can then be browsed by users. Among those invited to test and share their collections are Nike, Demi Lovato, HBO’s Game of Thrones, Target, and The Ellen Show.