Some medical conditions require devices to be implanted inside the body to help the person survive that are only needed for a short time. Typically, these devices have to be surgically implanted and then, when no longer needed, surgically extracted from the body. Unfortunately, that means multiple surgeries and more exposure to potential surgical side effects and infection.

Researchers at Northwestern and George Washington universities have developed what they call the first-ever transient pacemaker. The device is wireless, battery-free, and fully implantable heart pacing device that harmlessly dissolves into the body when it’s no longer needed. The device is thin, flexible, and lightweight and could be used in patients needing temporary heart pacing after cardiac surgery or while waiting for their permanent pacemaker.

Researchers on the project say that the device is fully biocompatible and naturally absorbs into the body’s biofluids over 5 to 7 weeks, with no surgical extraction required. The device can harvest energy from an external, remote antenna using near-field communication protocols similar to the tech used for electronic payments and RFID tags.

Its ability to harvest energy means there is no need for bulky batteries or rigid hardware, including wires or leads. The lack of leads is an important aspect of the device because leads can introduce infections and can become enveloped in scar tissue causing more damage when removed. Researchers on the project have demonstrated the device’s efficacy in a series of large and small animal models. 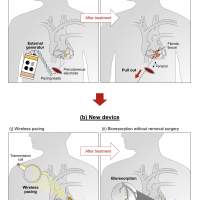 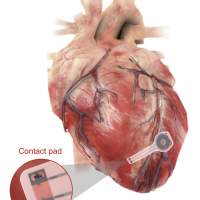 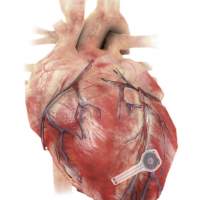 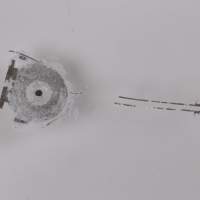 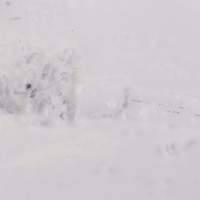 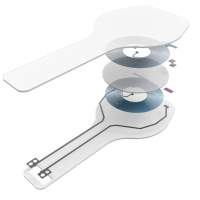 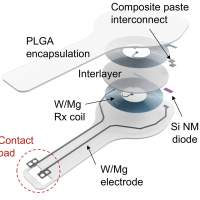 The fully implantable device is 250 microns thick and weighs less than half a gram. Since it is soft and flexible, it can encapsulate electrodes that softly laminate on the heart’s surface to deliver an electrical pulse. Researchers say with further modification, they may be able to implant this sort of bioresorbable pacemaker through a vein in the leg or arm in the future.