TCL revealed a line of Google TV devices this week to add to their already-significant collection of smart TV units with Roku or Android TV. They’ve revealed both pricing and availability for their first Google TV smart TV units across both “premium and award-winning 5- and 6-Series” lines. There are TCL 5-Series models with Google TV out on “presale” now, including 50, 55, 65, and 75-inch models. TCL 6-Series models with Google TV were put on presale today in 55 and 65-inch models, with a 75-inch model coming soon. 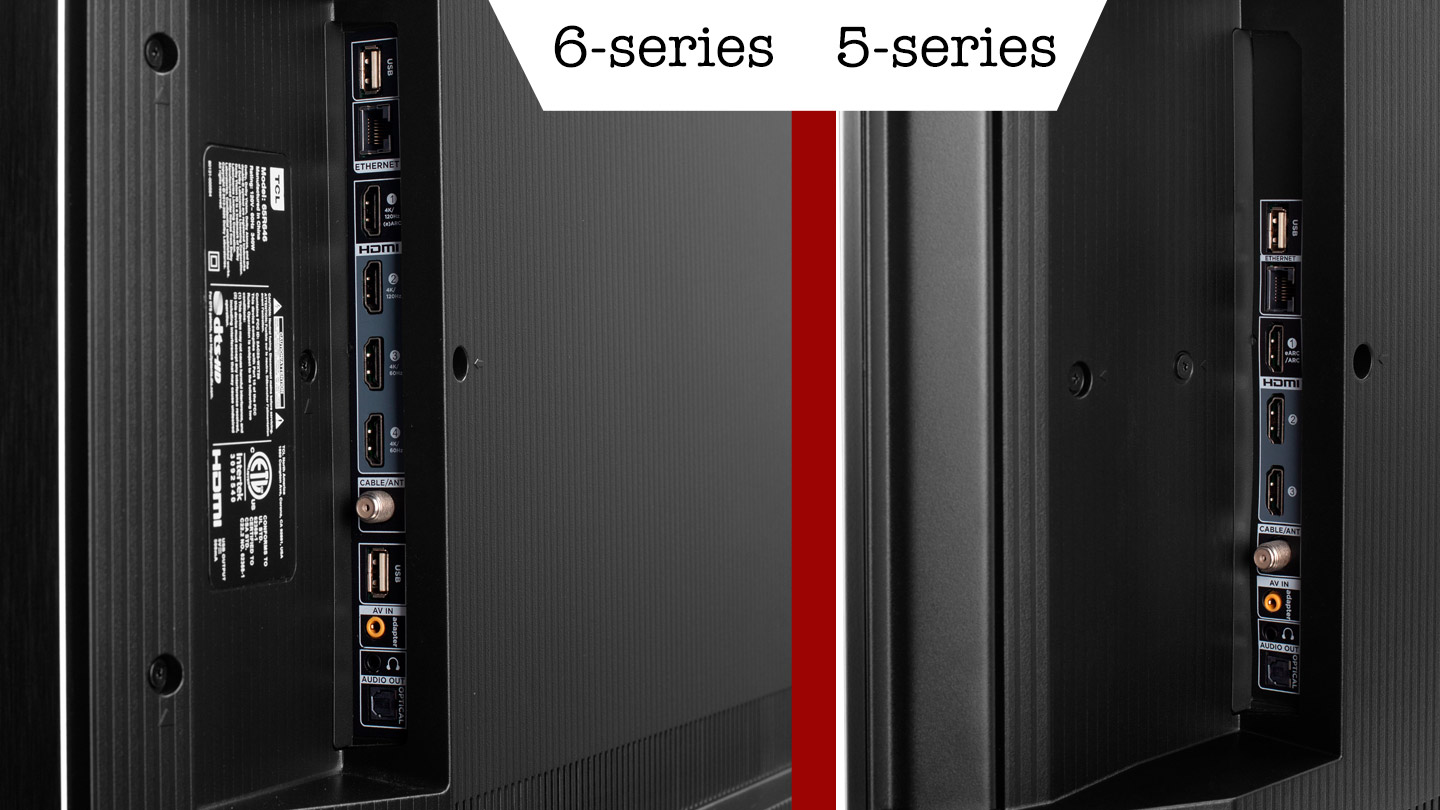 The whole 6-series TCL Google TV collection works with the same controller as the 5-Series, made specifically for Google TV. These units have most of the same ports as the 5-series, but HDMI is a bit different. You’ve got 4x HDMI ports, two with HDMI 2.1 support up to 4K/120Hz, one with eARC.

The differences between the 5 and 6-series is in the audio power, the quality of the display panel, and the availability of higher-end HDMI. The 6-series panels work with Natural Motion 480 and panel resolution at 3840 x 2160 (UHD) with 1.07 billion colors, DCI-P3 color, Dolby Vision, HDR10, HDR10+, and HLG. Where the 5-series has a QLED panel, the 6-series has mini-LED QLED.

The 5-series has 8W + 8W and 15W + 15W audio power with Dolby Atmos, Dolby Digital+, and Dolby Digital. The 6-series has a base 15W + 15W audio power, maxed at 17W + 17W, with all the same Dolby audio plus DTS and PCM. The 6-series also has a THX Certified Game Mode – which we’ve yet to see in person, but suggests it’ll be prepared to allow us to “never miss the action due to image smear, response time, or input lag.”