We often talk about patents here at SlashGear, but rarely do we get patent filings as strange (or as silly) as this one. GameNMotion has uncovered a Sony-filed patent for “converting television commercials into interactive networked video games,” and along with it comes a number of interesting applications. The patent seems to center around the PlayStation family of devices – PlayStation 3, PlayStation Move, PS Eye, and a microphone to be specific – more than it does the actual television, with these commercials making use of Sony’s gaming peripherals to become interactive mini-games.

The Abstract of the filing describes that a “media player coupled to the broadcast or streaming media source identifies the existence of the interactive segment and presents the user with an enhanced and interactive mini-game commercial that can be played with other ‘viewers’ in a common or disperse demographic.” It then goes onto mention that “multiple methods of delivery” are used, including one where the interactive commercial is overlaid on the frames of the television show, allowing the user to play the mini-game while the show is still displayed. Sony says in its filing that the mini-games would preferably last as long as standard commercials, but as you can see from some of the illustrations included with the patent, there will be ways for consumers to change that. 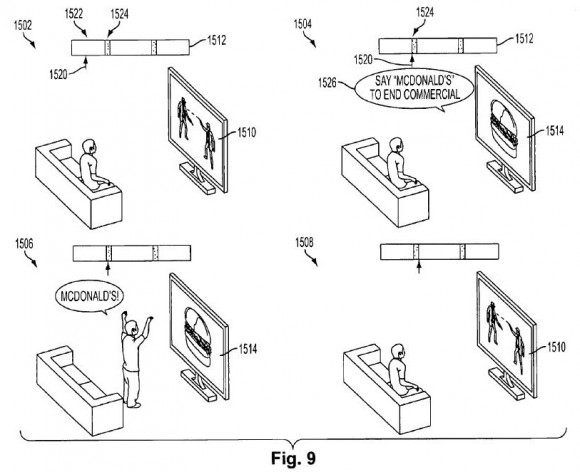 For instance, the patent provides an image of a person being instructed by a McDonald’s ad to shout the word “McDonald’s!” in order to skip the commercial. The person in the image does so, and his television show resumes. Another image has a person using the PS Move to throw a pickle in a burger as a means of speeding the commercial up. One of the illustrations shows a person using the PS Move controller to order pizza delivery to his house at “1200 Happy Street,” while finally, yet another image previews using the DualShock 3 controller to vote for a favorite character in a television show. 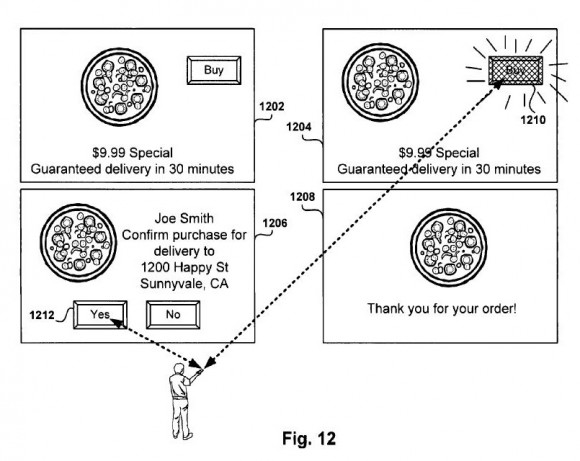 We can get behind the pizza idea, and we can get behind the gaming idea, but some of these examples walk that fine line between interesting and weird. This service presumably works with an Internet-connected TV or a TV that’s connected to a console with Internet access. Obviously, if this ever comes to fruition, we can probably expect the finished product (or “idea” in this case) to differ quite a bit from the description in the patent, although you never know – it might not be long before we’re shouting brand names at our televisions in order to get through commercials faster.