A team of scientists have discovered a fossilized reptile skull dating back 250 million years, revealing not only evidence of a new species, but connections to the origins of dinosaurs as well. The skull, found by paleontologists from universities in Brazil and the UK, is well-preserved and features a number of serrated teeth, and is said to have survived a mass extinction event that occurred roughly 252 million years ago, eradicating 90% of life on Earth.

The species has been dubbed Teyujagua paradoxa, or “fierce lizard.” The fossil was discovered in Rio Grande do Sul, in the southern region of Brazil, and is described as resembling a modern-day crocodile: the quadruped measured roughly 5-feet long, had a snout with sharp teeth and nostrils placed high, and is believed to have eaten amphibians and other, smaller reptiles. 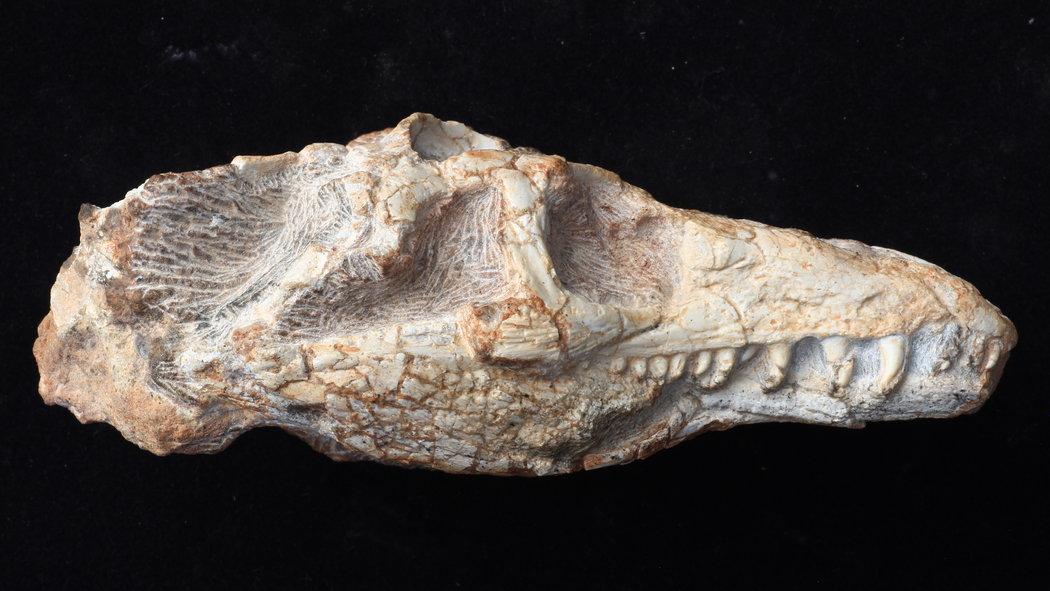 This discovery is significant in that it reveals the species was alive shortly after the Permo-Triassic mass extinction event known as “the great dying,” which was possibly caused by a great number of volcanic eruptions. “Teyujagua lived in a devastated world and was part of a ‘lucky’ branch of the tree of life that survived the greatest mass extinction of all time,” said researcher Felipe Pinheiro.

The scientists hope that the fossil could help them understand how life and the ecosystem recovered after the event, as well as make connections to its descendants that eventually evolved into dinosaurs.

The reptile is believed to be part of the origins of archosauriforms, a group of vertebrates that includes the Tyrannosaurus rex and hummingbird, and early evolutions of other birds and crocodiles.