Mars may not have tectonic plates like Earth does, but that doesn’t mean the red planet isn’t capable of some serious quakes, with NASA’s InSight lander recording a further two in what’s believed to be a hotspot for seismic activity. The so-called “Marsquakes” are the latest to be spotted in Cerberus Fossae, somewhere no stranger to ground-shaking events.

NASA first discussed the quakes back in early 2020, having recorded the magnitude 3.6 and 3.5 activity with InSight’s seismometer. That instrument, known as the Seismic Experiment for Interior Structure (SEIS), is highly-sensitive, which has caused some problems in itself.

InSight has a domed cover for the SEIS, designed to prevent it from being affected by wind and other environmental causes of vibration that don’t come from seismic activity. However even that is not foolproof, and during the Martian winter there’s been sufficient wind on the red planet to effectively drown out any more nuanced readings. As a result, InSight hasn’t been able to detect quakes at all.

The tremors on Mars may register on instruments like seismometers like those on Earth would, but their cause is actually very different. On our planet, it’s shifts in the tectonic plates – which float on a layer of magma and then rub against each other – which lead to earthquakes. Mars, though, lacks the plates, but it does have regions of volcanic activity that are capable of producing quakes of their own. 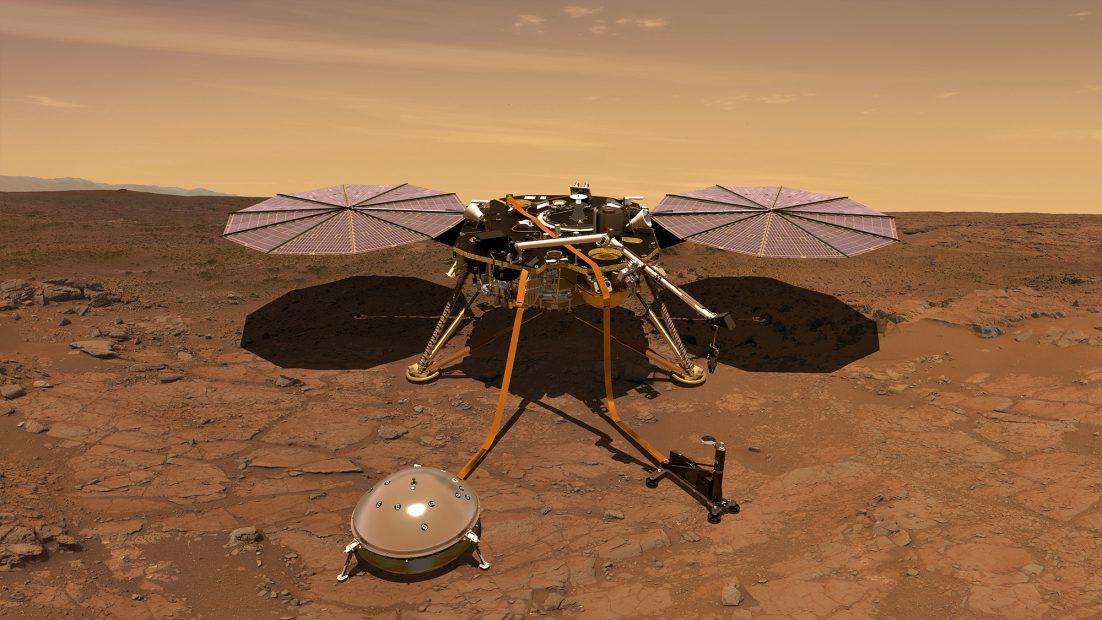 Although InSight has recorded evidence of more than 500 such events during its time on Mars, these four are distinct among the data. They’re the clearest NASA has, with the new 3.3 and 3.1 magnitude results lending weight to theories that Cerberus Fossae is a hotspot for seismic activity on the planet. They also help unlock details on how those quakes are similar, and different, to ones we’re more familiar with.

“Over the course of the mission, we’ve seen two different types of marsquakes,” Taichi Kawamura of France’s Institut de Physique du Globe de Paris, responsible for the SEIS, said of the new findings, “one that is more ‘Moon-like’ and the other, more ‘Earth-like’.” The four clear readings are more Earth-like, the scientists say.

Wind isn’t InSight’s only foe when it comes to recording Marsquakes. The SEIS’ own cabling can be a source of distortion, it turns out, with the tethering cable linking the instrument to the lander expanding and contracting as Mars’ temperature swings dramatically across the course of the day and night. That, it’s been theorized, is causing popping sounds and even spikes in the data.

To try to minimize it, InSight has been using its robotic arm to trickle soil on top of the SEIS’ dome. It’s a temporary measure, in the hope that the Martian dirt will better insulate the cable. Next, though, NASA plans to bury the link altogether for a longer-lasting fix.