Those of you looking for more clues as to what the new iPhone will look like when it’s revealed later this year will be glad to see another set of cases full of clues popping up today. What we’re seeing here, courtesy of Mobile Fun UK’s secret sources, is a set of iPhone 5 (or whatever the New iPhone will be called) case images that point toward many of the elements we’ve been seeing the past few weeks. If these cases are correct, we’ll again have the same width device that’s taller and has a headphone jack at the bottom rather than the top – and the display will be 4-inches, too.

This device will likely work with the rumored 19-pin dock port at its bottom that up until now has been a much more massive 30-pin port. This device will have volume buttons and a screen lock up on the left, a camera with a single LED flash on the back, and it’ll have a very similar aesthetic overall compared to the iPhone 4/4S.

The cases we’re seeing here have kickstands, they’ve got hardcore backs and sides, and they’re certainly very nice looking in and of themselves. They do show a larger space for computing – that’s what’s important here. The display for the next-generation iPhone will almost certainly be larger than the one we’ve been working with on every iPhone since the device line’s inception, otherwise we’ve got a very, very similar device to the current generation. 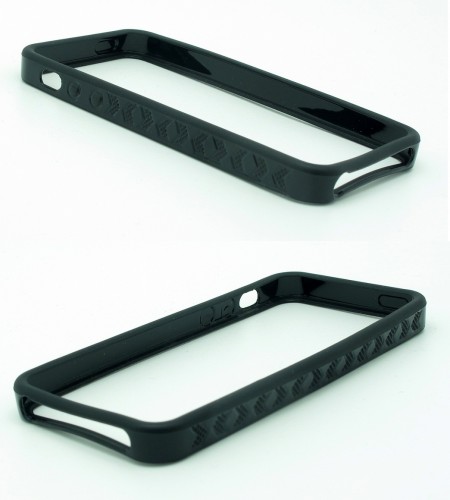 For more information on that dock connector, be sure to check out the column Chris Davies whipped up yesterday entitled “Relax, Apple’s new dock connector is a good thing” and check the most recent iPhone posts in the timeline below to get an idea of what we might be seeing later this year!