Astronomers have announced that they have gathered new data on the black hole that lies at the center of our galaxy. The new information was gleaned when the scientists added the ALMA telescope into the array of telescopes being used to study the black hole. The discovery has found that the emissions from the supermassive black hole, called Sagittarius A (Sgr A), comes from a smaller region than previously believed.

The discovery may indicate that a radio jet from Sgr A is pointed almost directly at us. The challenge in learning more about Sgr A is that it has a cloud of hot gas preventing scientists from capturing sharp images. With the addition of the ALMA telescope to the network of radio telescopes trying to learn more about the black hole, the team has been able to map out the exact properties of the light scattering that blocks our view from Earth.

The removal of most of the scattering effects has allowed the first image of the surroundings of the black hole. Peering through the light and hot gas the team has determined that the emission region is so small that the source may be pointed directly at us. The observations were made at a frequency of 86 GHz. 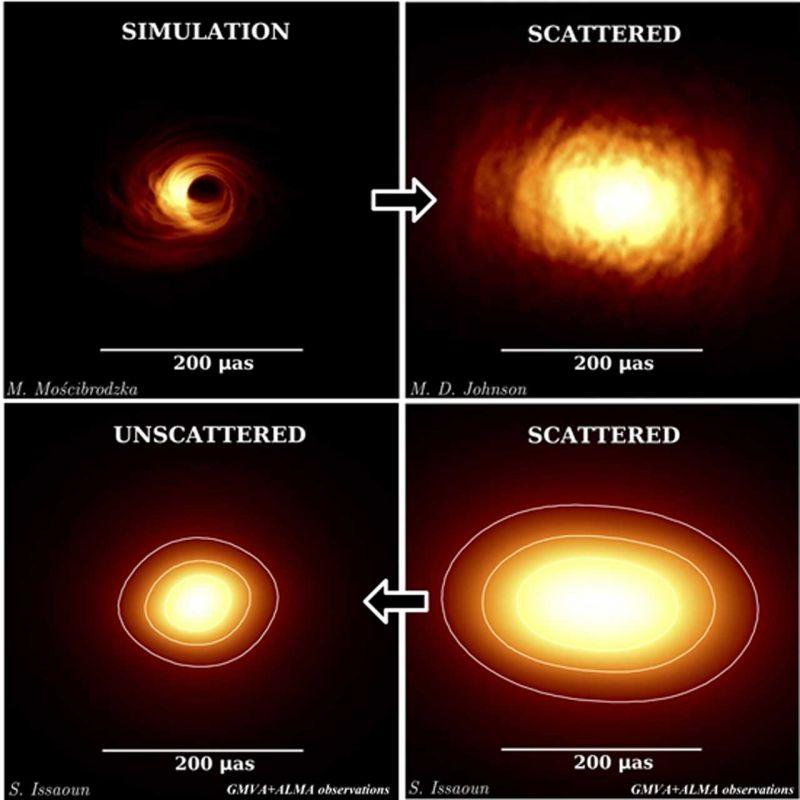