Given the vastness of outer space, it’s no surprise we know very little about it. Most of the time, we can only make guesses based on images our terrestrial telescopes and a few orbital satellites have captured of celestial objects few spacecraft have reached. It wasn’t until New Horizons made its historic flyby of Pluto that we finally got our up-close look at the demoted planet. Now New Horizons is bidding farewell to another long-distance neighbor, but not before throwing scientists new puzzles to munch on about the odd Ultima Thule.

Ultima Thule, more formally named 2014 MU69, is Kuiper Belt Object (KBO), is so far the most distant world ever explored in our solar system. Or perhaps it’s better to say “worlds”. Ultima Thule is actually composed of two joined shapes, named “Ultima” and “Thule”, that were first thought to be both spherical, earning the nickname “snowman”. But like with anything in space, nothing is what it seems.

It’s not that easy to get accurate photos of the complete form of Ultima Thule, considering factors like distance from the sun, the side facing the light, and New Horizon’s 50,000 km/h speed. Add the fact that the spacecraft used long exposure times to boost the camera’s signal level, and you’ve got some heavy blurring going on. Thanks to some processing and tracking which stars are being blocked by Ultima Thule’s shape, scientists at NASA were able to get a better estimate of the KBO’s body.

Instead of a snowman, Ultima Thule is better described as a dented walnut smashed with a pancake. It’s not yet a 100% accurate model, of course, and the two objects might be flatter or bigger than this new model may suggest. Scientists, however, are certain that it’s not a celestial rock snowman. 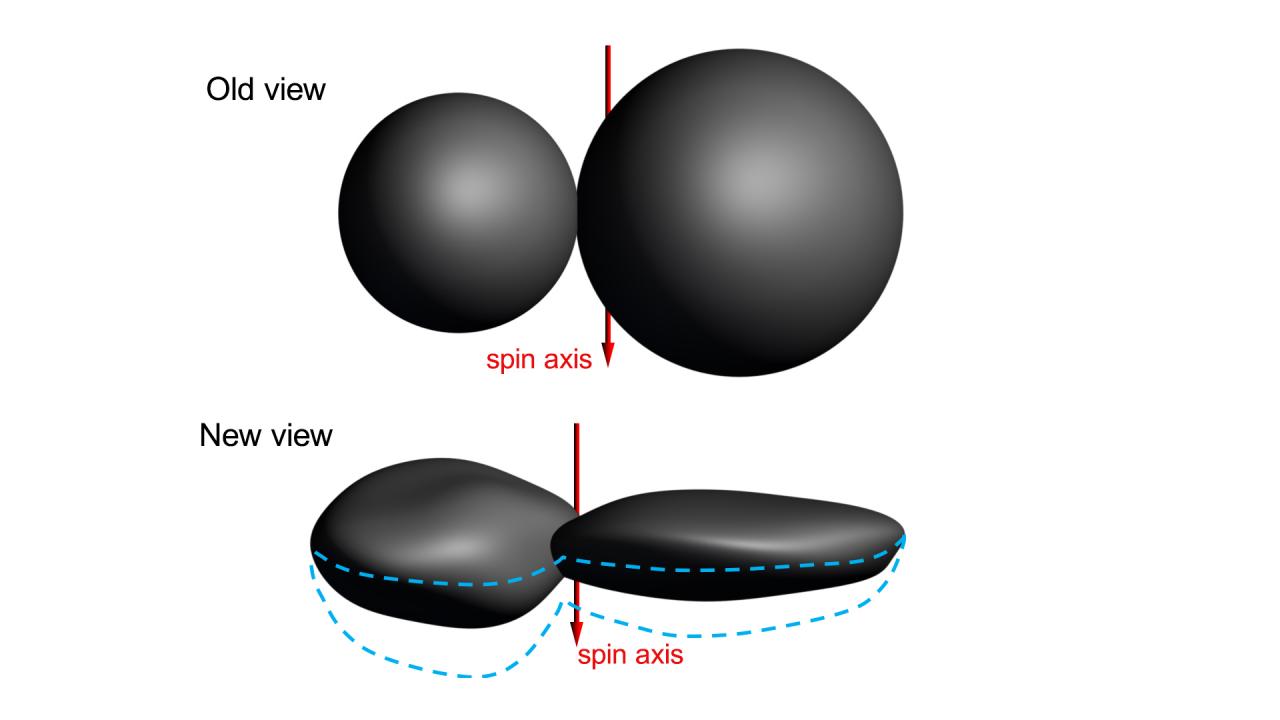 They are less certain how the object came to be, which will remain the biggest puzzle they will try to solve in the coming days while waiting for more of New Horizon’s last images to arrive. Ultima Thule’s shape is definitely unique so far in the solar system and its origins could, in turn, refine or change theories about the origin of the solar system itself.