Android Pay is still disappointingly a no show, but Google is slowly laying down the pieces for its inevitable launch. The latest and perhaps most acknowledge piece is the arrival of a new Google Wallet app. No, this isn’t an update to the existing Google Wallet app but a completely new install. This rather strange, and maybe inconvenient, arrangement is being explained in a rather simple way: the old Google Wallet will be updated into thew Android Pay app once the latter finally launches to the public.

When talk of an Android Pay wireless payment surfaced, there was a bit of confusion. After all, Google already had Google Wallet for mobile payments. Why another service with a different name? Plus, Google isn’t retiring the Google Wallet service. With this dual app setup, there is bound to be some initial confusion as well, but the company is trying to set the record straight as early as now.

Google Wallet’s previous duties are being split into two. Android Pay will take over paying for items purchased either in stores or online. This is probably what you will immediately think of when you hear “Android Pay” given its resemblance to Apple Pay and Samsung Pay. This leaves Google Wallet with two things: sending and receiving money from other Google Wallet users and managing the Google Wallet Card.

Google Wallet Card, a special fee-free debit card from Google, didn’t really caught on. Not surprising considering its very limited availability. For those who do have one, the old Google Wallet apps is their gateway to keeping tabs on the balance, points, gift cards, and other rewards associated with it. Now they will have to install and use the new Google Wallet app to continue doing so. An important note for iOS users is that they won’t be able to transfer their existing rewards and gift cards to the new app, something that is automatic for Android users. They will have to export those either to Passbook or to PDFs. The feature to send and receive money through mobile remains untouched. 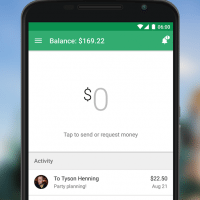 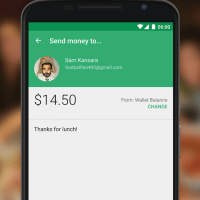 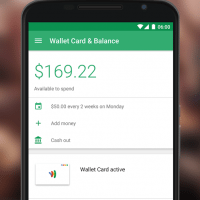 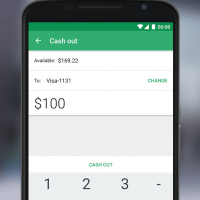 As to when Android Pay will actually launch, the document is silent on that matter. Google better make it soon, however, since it’s the only major player left out of the party.