Google Pay is getting a revamp, with new apps for Android and iOS, a focus on common transactions, and from next year Google Plex support, a new mobile-first bank account. Taking on Apple Pay, Samsung Pay, and others, Google Plex won’t just be a single account but a range of options from banks and credit unions, Google says, including checking and savings accounts.

First to arrive will be the new Google Pay app. Available for both iOS and Android, for users in the US initially, it’s been redesigned with a focus, Google says, on the financial relationships we have. Rather than showing just a long statement of incoming and outgoing payments, the app shows the people and companies you have the most transactions with. 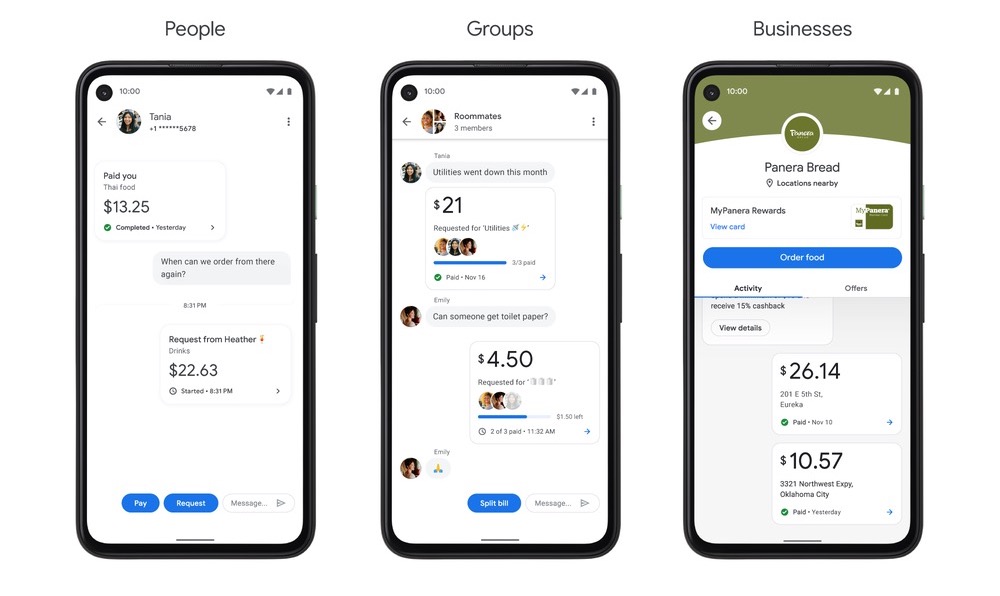 So, the money you spend with your utility companies will be grouped by those businesses, as will the exchanged payments with roommates and friends. There’ll be support for groups, too, combining multiple people into one transaction history. The logs won’t just be a retrospective view of what was spent: there’ll also be the ability to request money through in-app chat, or to send it.

Google Pay will try to make that process easier, with things like automatically splitting the amount if a group is trying to share a bill. There’ll be support for ordering from businesses within Google Pay too, such as at restaurants, gas stations, and in parking lots.

Second, a home for offers

The new Google Pay app’s other big change is how it pulls together discounts and coupons. There’ll be a feed of potential offers – including cash back deals and promotions – within the app, with Google name-checking brands like Burger King, Etsy, REI Co-op, Sweetgreen, Target, and Warby Parker as participating. 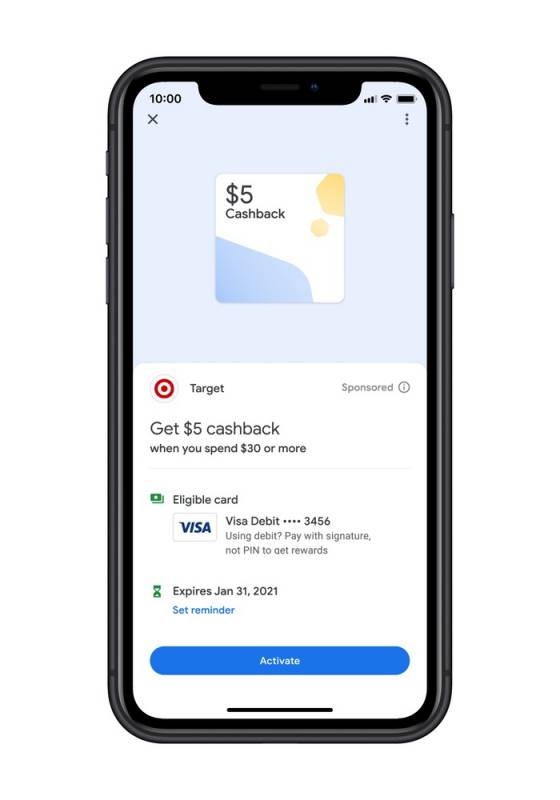 Some of those might be connected to you having a specific card or account. If you register your credit and debit cards, or your bank accounts, to the Google Pay app, it’ll be able to show spending summaries, trends, and highlight any deals you might be eligible for. Google’s natural search will be the umbrella across all that, allowing for more granular terms.

Third, more security and no ads

On the privacy side, perhaps the most important commitment from Google Pay is that it won’t sell user data, either to third parties or to other Google products in order to customize the adverts you see. 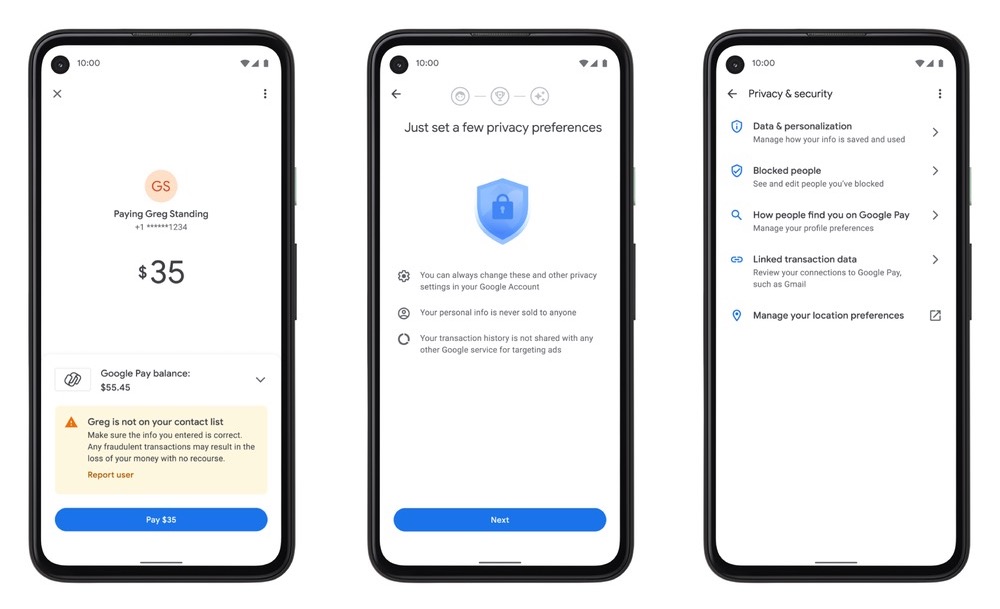 When you sign up to Google Pay, it’ll be optional to tun on personalization. That uses your transaction history to customize the app to your spending patterns. It’ll be possible to turn it on fully, or just activate it for three months to try it out.

Google Pay currently works with third-party cards and accounts, but next year Google will have some offerings of its own. It’s working with banks and credit unions – in the US, at least to begin with – to offer checking and savings accounts which can be used with Google Pay. 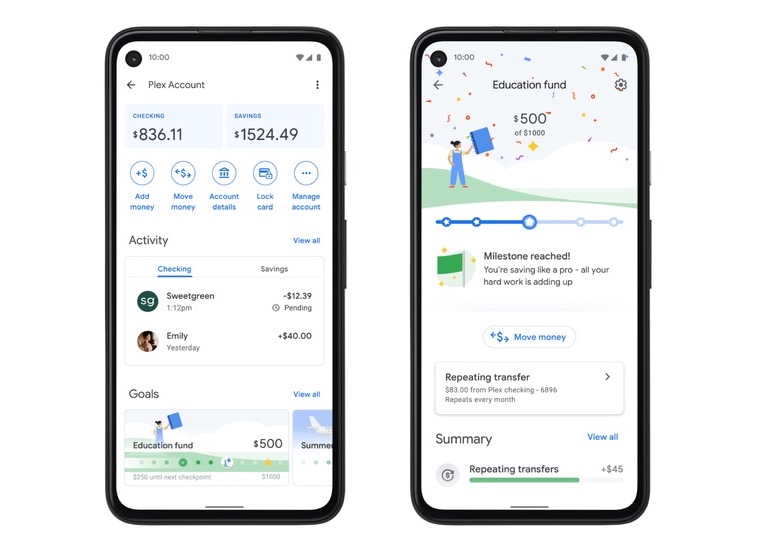 Called Google Plex, these accounts will have no monthly fees, no overdraft charges, and no minimum balance requirements. Citi, Stanford Federal Credit Union, SEFCU, Seattle Bank, The Harbor Bank of Maryland, BankMobile, BMO, First Independence Bank, BBVA, Green Dot, and Coastal Community Bank will all be offering Plex accounts, Google says, with the goal of adding more to that list over time.

Plex accounts will support things like repeating transfers, setting goals – like an education fund or a holiday fund – and tracking milestone. There’ll be easy tools to move money around between accounts, and real-time activity updates. It’ll also be easy to lock a card for security.

For the moment you can join the waitlist for Citi and SFCU in the Google Pay app, which is available in the App Store and Google Play now.