RealDonaldContext is a new Chrome extension that’s undertaking a rather large task: fact checking Donald Trump’s many, many tweets. Created by the Washington Post, the add-on will insert blurbs beneath Trump’s tweets when more information may be necessary. Now if we could just get the same treatment for all public officials, we’d be sitting pretty.

While this is likely to have a divisive effect among Trump’s 17.5 million followers, attempting to separate truth from fluff is at least a noble effort. The blurbs come in a variety of different styles, from ones that point out important context that may be missing, or designating some as flat-out untrue. 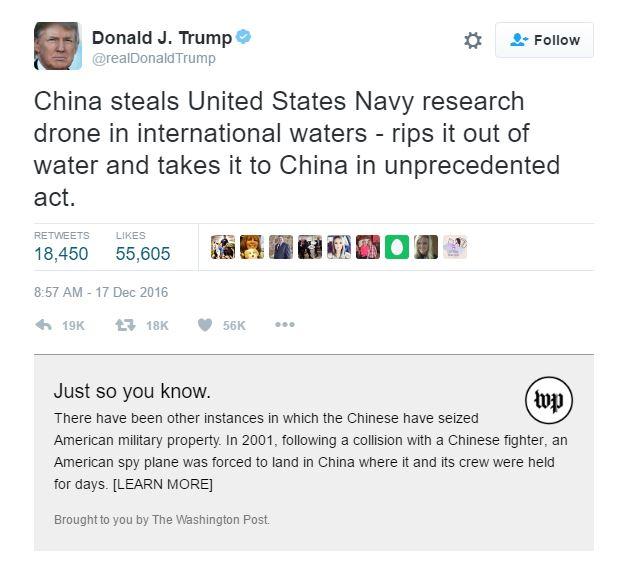 For instance, in a recent tweet where Trump calls China’s seizure of a US Navy drone “unprecedented”, the Washington Post points out that this isn’t the first time China has seized military property. They aren’t all geared toward calling Trump out though, as one blurb we saw merely offers more information on Rex Tillerson, Trump’s pick for Secretary of State. A collection of tweets with fact check blurbs can be found in the gallery below.

Each instance of fact checking invites readers to learn more, linking to an appropriate article on The Washington Post’s website. RealDonaldContext is free to install from the Chrome store, and it seems to work fairly well, though you may need to refresh before the blurbs will begin loading. It should also be noted that you’ll need to select individual tweets to see their blurbs – they won’t load when you’re just looking at Trump’s feed. 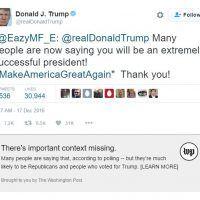 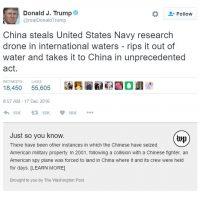 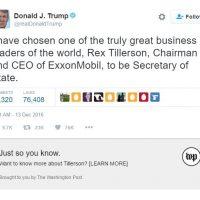 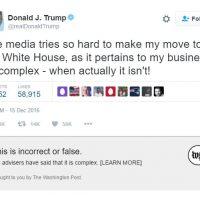 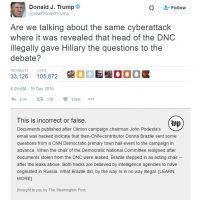 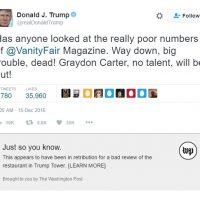 All in all, this seems like a pretty good extension, though it would be nice to see something similar for all politicians, not just Trump. Still, you have to start somewhere, and what better place than the incoming president? In truth, it would probably be too much work for one publication to fact check all of the elected officials in the US, but it’s nice to dream.