New China tariff victims are nerds, gamers, and your wallet

Tariffs levied against imports of China-made goods mean higher prices for your favorite gadgets, gear, games, and collectables of all sorts. That’s the situation in a nutshell. Today, more than ever before, it’s become clear how major this disruption will be to your wallet. You, the SlashGear reader, the gamer, the smartphone user, the nerd – you could be any or all of these, and more. If you want to buy new games, gadgets, toys, or gear that were imported from China, you’re gonna have to pay up!

Our Gaming Consoles (and our games)

Back on June 17th, 2019, a letter was penned by representatives of the three biggest names in gaming hardware. Microsoft, Nintendo, and Sony – together – sent a letter to Joseph Barloon, General Counsel for the Office of the United States Trade Representative (USTR). This was a letter made in response to a call for public comments on products imported from China that “could be subject to tariffs pursuant to USTR’s Section 301 investigation of China’s acts, policies, and practices related to technology transfer, intellectual property (“IP”), and innovation.

Will the US/China trade war make PlayStation 5 more expensive than Sony’d planned before said tariffs were confirmed? Yes, you’re gonna pay more. If you’re in a situation where you’re a hardcore gamer who’ll buy your favorite console’s newest version regardless of the cost, yes, you’ll be paying 25% more money – or MORE – than you’d have otherwise had to pay.

Included on the pending list of tariffed products:
• Radio remote control apparatus for video game consoles.
• Coin- or token-operated games for arcade, table or parlor (o/than bowling alley equipment) nesoi and parts and accessories thereof.
• Video game consoles and machines, other than those of heading 9504.30.
• Game machines (o/than coin- or token-operated) and parts and accessories thereof. 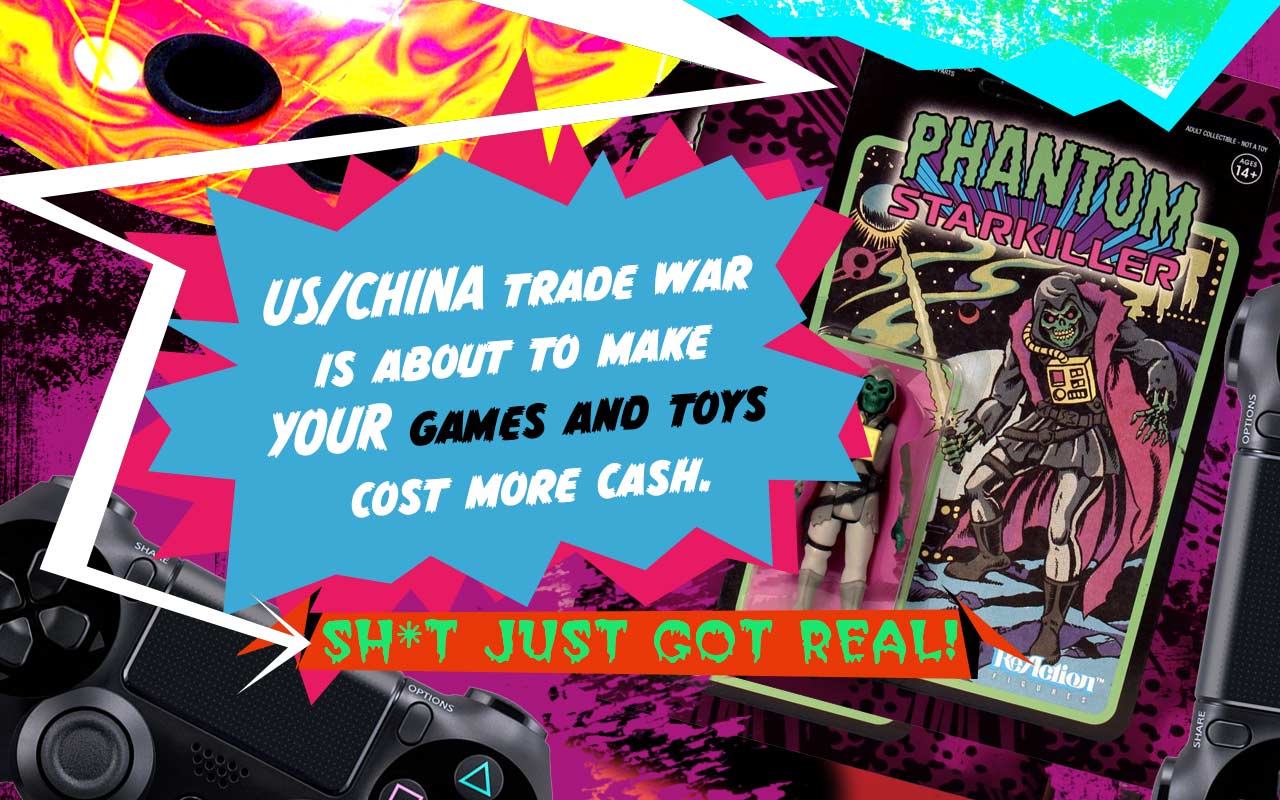 *What kind of MONSTER brings the family DOG to their trade war with China to be used as a bargaining chip? The answer: Someone who is not a dog person, not a cat person… basically someone who an American bald eagle would take a real peck at, if given the chance. That’s the sort of person that’d make your dog’s toys cost more because he wants China to think he’s a real tough guy.

As you’ll see now, or maybe already saw if you’re a big fan of companies like Super7*, toy companies are NOT taking this news lightly. *Shown below is Brian Flynn, founder of Super7 toy company, blasting a bit of info on Instagram this morning. 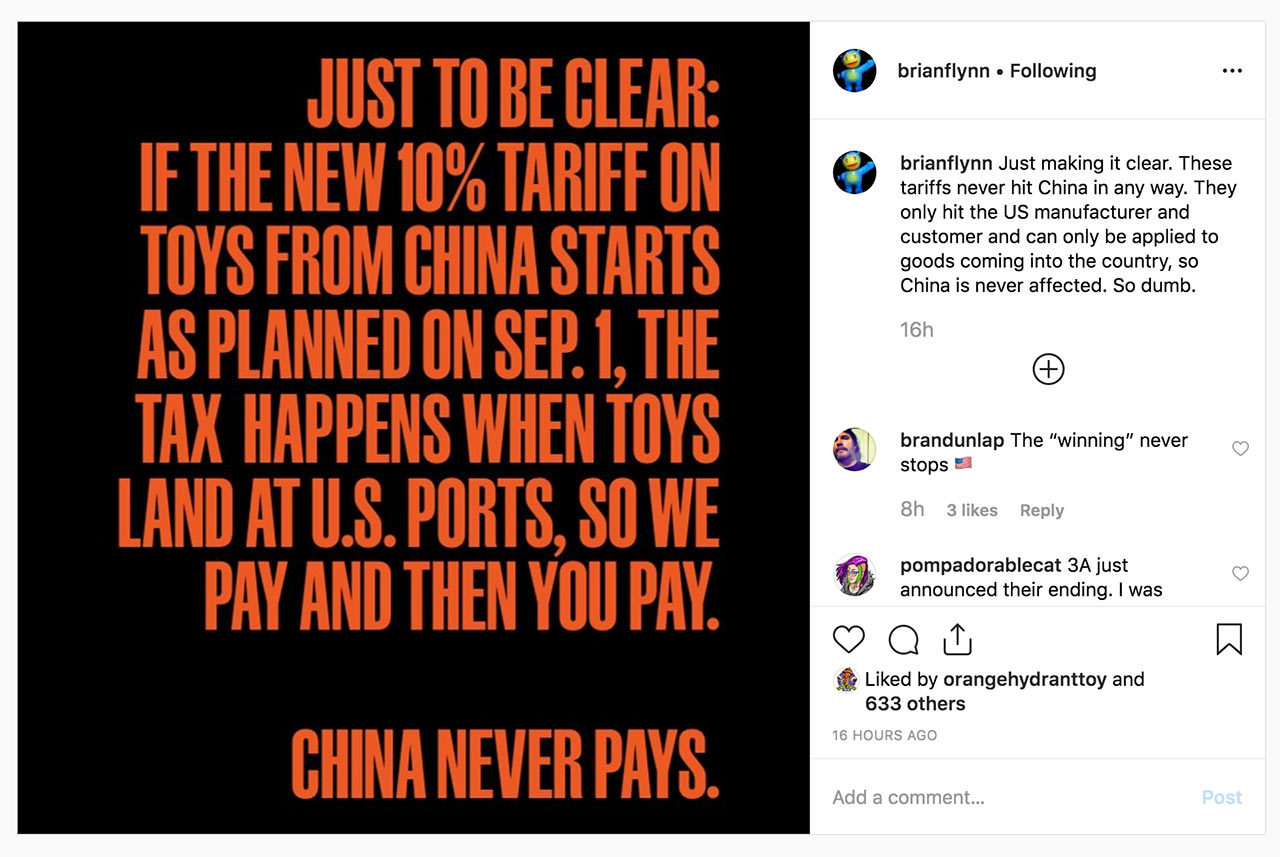 You can see the full compilation list of tariffed products over at USTR dot gov right this minute.

I won’t, for even a moment, defend the actions and/or intents of the government in control of China right this minute. I’d love to gain a greater understanding of why these tariffs are coming, especially with regard to the steps between the launch of these tariffs and our government’s intended goals. I’ve investigated, I’ve read, I’ve conversed, and I’ve yet to find a convincing amount of evidence that the ends justify these means.

And yes, just in case you were wondering, China’s increased tariffs over the past year as well. This is called a “trade war” when, in reality, it’s a chest-puffing contest between the two country’s state government administrations, and in the end, nobody really wins.

7 Responses to New China tariff victims are nerds, gamers, and your wallet