New Apple patent could adjust the fit of your smartwatch automatically

The Apple Watch already has a pretty big edge against other smartwatches in the space, and this year we saw Apple pack even more into the tiny device. New improvements include building a an LTE antenna into the display of the device, but what happens when you run out of space to add or improve hardware? You shift your attention to the band, apparently.

Apple has filed a new patent with the USPTO (No. 9,781,984) that’s all about watch bands. Specifically, the focus is on self-adjusting smartwatch bands that can potentially change the fit of your smartwatch automatically. That kind of technology is intriguing, to say the least.

The problem, as Apple points out in the filing, is that watch bands don’t really offer a way to find that perfect fit for every user. In some cases, a pin and eyelet is present, allowing users to incrementally adjust size, whereas others – watches with a folding clasp, for instance – are only adjustable with specialized tools. That may work well enough for standard watches, but for smartwatches with multiple functions, it’s not really ideal. 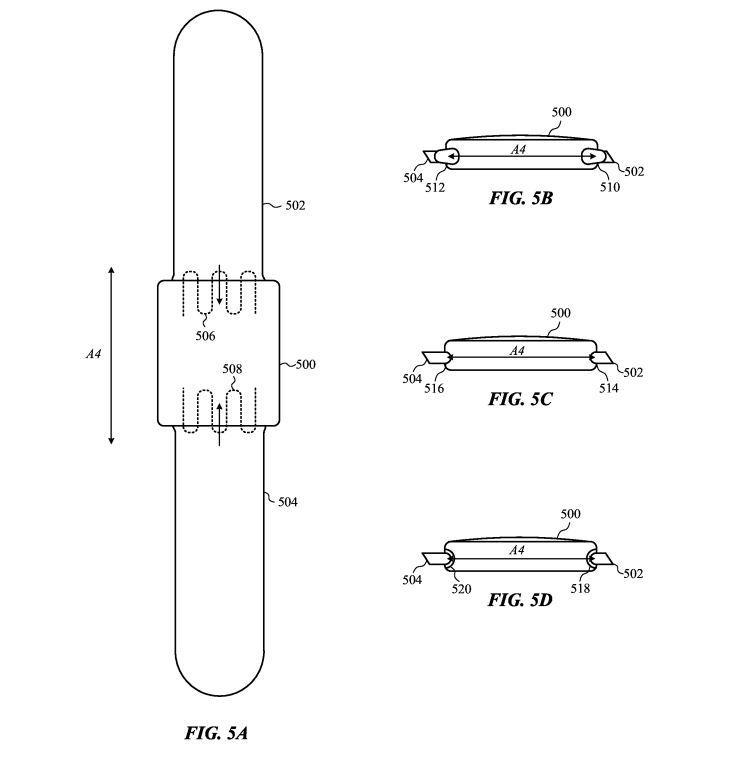 After all, there are times when your smartwatch serves only as a timepiece, when a looser fit is okay. Other times, however, you may to use your watch to measure your heart rate, and for that a tighter fit is needed. Apple’s new patent allows for watch bands to automatically adjust their fit based on a number of factors, whether they’re signals from the user, the implementation of a different usage mode, or just the watch periodically adjusting fit on its own.

Apple offers a ton of examples of how this will work, many of them based on a tensioner mechanism. In one example, that tensioner is coupled with Nitinol that’s been implanted in the band in a serpentine pattern, applying voltage to that Nitinol to increase tightness and decreasing voltage to loosen the band. In another example, the tensioner is paired with a bladder and a pump or an actuator in order to increase or decrease the pressure of fluid in the bladder, thereby adjusting the tightness of the watch. 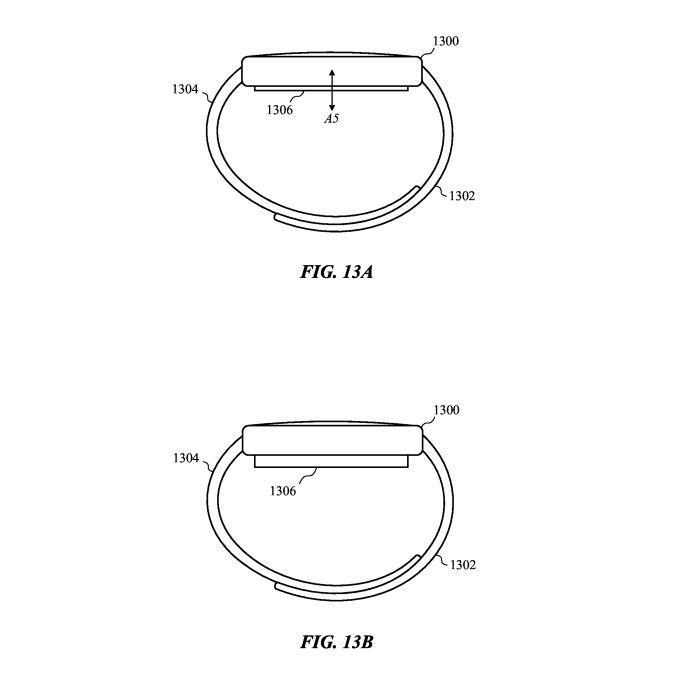 In yet another example, Apple has that tensioner connected to an apparatus that can adjust the length or thickness of the band itself, changing the rigidity of the band on the fly. Apple also allows for the tensioner applying these effects automatically, such as tightening the band when the watch is used in fitness mode and loosening it when it’s in other modes.

That’s just the tip of the proverbial iceberg though, as Apple clearly has a ton of ideas on how to increase and decrease tightness of a watch’s band. Of course, the fact that Apple has been awarded this patent doesn’t necessarily mean we’ll see technology like this in future iterations of the Apple Watch, but this is definitely a feature to keep an eye on. Have a look at the full patent filing to read more of Apple’s seemingly endless list of potential applications for this technology.