Rumors and speculation that Netflix will be dropping its DVD shipping business in favor of streaming only aren’t anything new, and we’ve seen various things crop up over the years seemingly pointing towards an end to that aspect of the service. Newest to that category is the unusually long wait times subscribers are seeing for many DVDs.

The Consumerist reports on Netflix subscribers who are facing “very long wait” times for an array of DVDs, some of them classics and others relatively obscure low-demand films, while others include things like Noah, The Sandlot, Letters from Iwo Jima, and certain discs of TV show seasons. 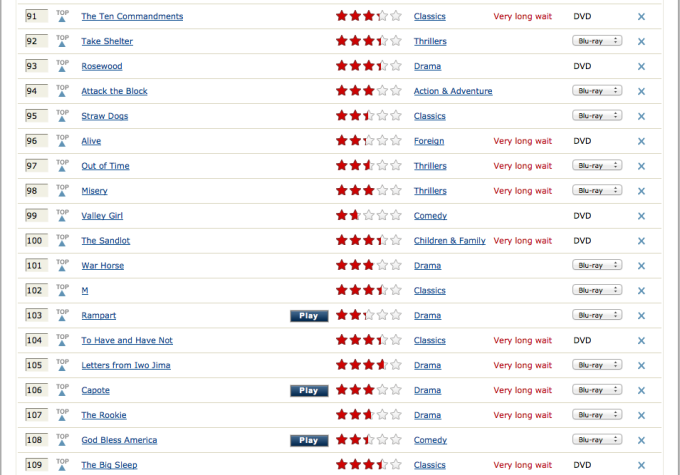 These customers report never receiving any sort of solid answer when contacting Netflix over the very long wait times, and some are threatening to drop the service is shipping speeds don’t increase. Netflix hasn’t offered any official explanation either way.

Those waiting on DVDs find the issue troubling, no doubt, but in the wider scheme of things, speculation has started that this could be a step by Netflix toward phasing out its DVD shipping business, leaving subscribers with only the instant-streaming option.