If you and your partner have a favorite Netflix show but conflicting schedules, you’ve likely run into one particularly annoying issue: having to choose between watching the show alone or waiting impatiently to watch the show together. This dilemma has resulted in more than a few people secretly watching a show’s latest episodes without their partner, something Netflix has addressed with its new co-watching contract.

The co-watching contract is very simple, addressing the issues couples most commonly complain about regarding the shared Netflix experience. On the list is the common issue of one person watching new episodes in a series without their partner, a stinging betrayal familiar to many subscribers. 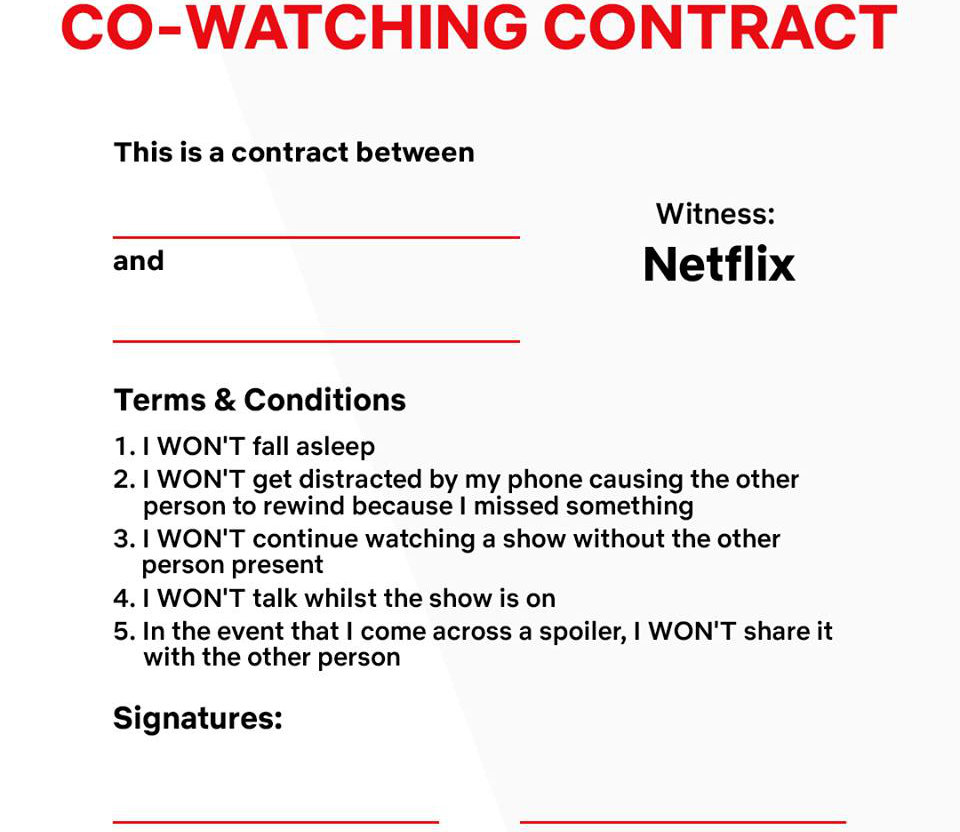 The contract also covers the annoying habit of sharing spoilers with a partner who hasn’t seen the content yet, something that specifically covers unlucky cases of coming across these spoilers online. The remaining three contract terms cover annoying streaming behavior.

Co-watching Netflix subscribers must vow to keep their phone somewhere it won’t distract them…and if it does, that person loses the right to ask the other person to rewind the content. As well, those who sign agree not to talk during the show and promise they won’t fall asleep.

Netflix lists itself as a witness on the contract, though it doesn’t specify the consequences of breaking this contract — that, presumably, is for the viewing partners to come up with on their own. Of course, the ‘contract’ is just the company having a bit of fun, but it is a good reminder to be respectful of one’s partner when streaming.