Nest Doorbell is up for order, and the convenience of a simple-to-install, battery-powered smart doorbell seems hard to ignore. Having been using one for the past few days, though, there have been some surprises along the way, and while it’s too soon for a full review there are still some stand-outs worth noting if you’re considering giving your front door an upgrade.

Nest Doorbell is bigger than I expected

Nest had the dimensions of the new Nest Doorbell up on its Google product page, but I still wasn’t quite prepared for how large the new model actually is. At 6.3-inches high it’s about as tall as an iPhone 12 Pro Max, and about half the width. The depth was a surprise, too, protruding almost an inch from the wall. 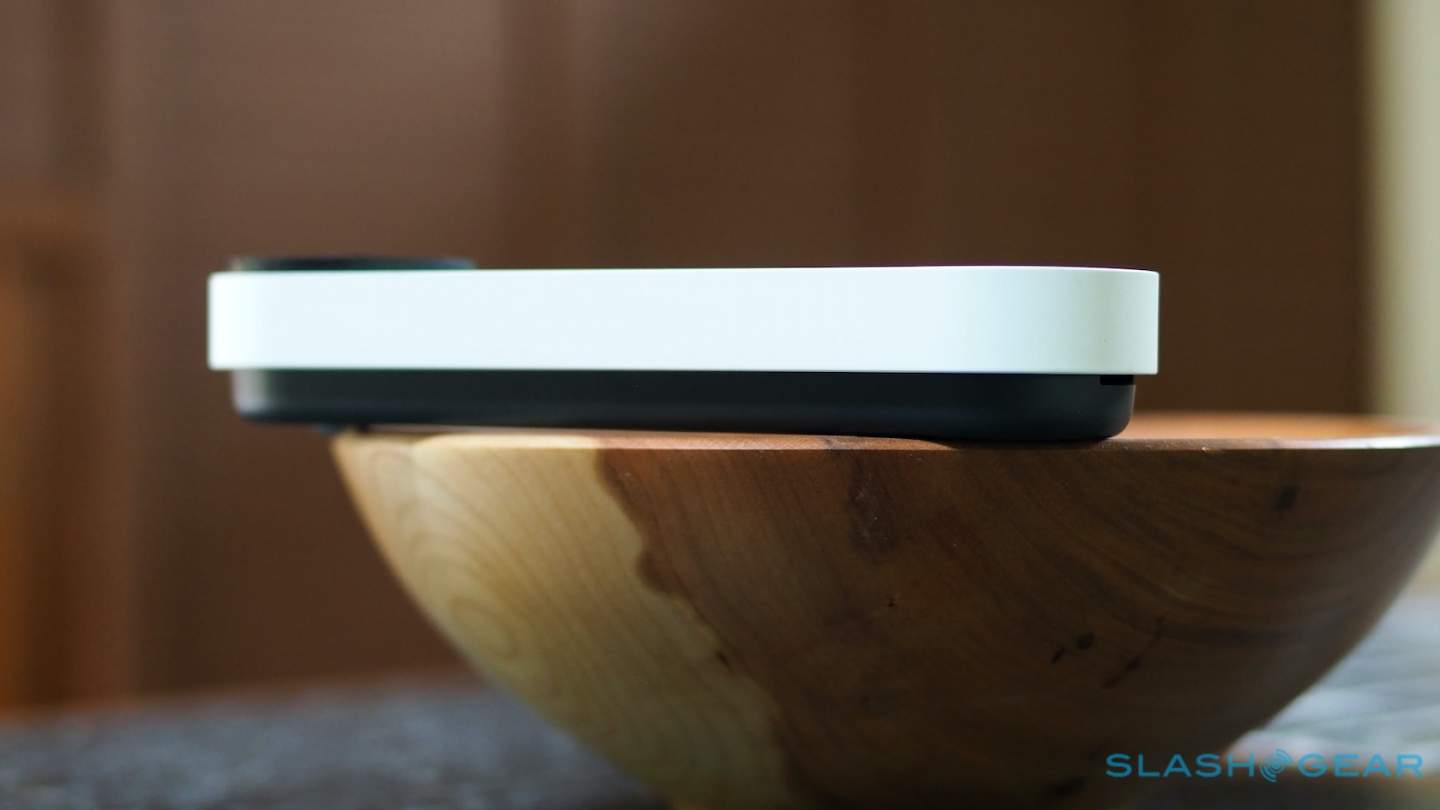 The built-in, non-user-removable battery accounts for a lot of that bulk, of course, and certainly I think most people would prefer not to have to charge their doorbell up so often. All the same, it’s a considerable addition to your doorframe. If you’re planning to replace your existing, wired doorbell button with Nest’s wireless version, it’s worth checking the measurements to see just how large it’ll be there, and considering which color would best blend in. 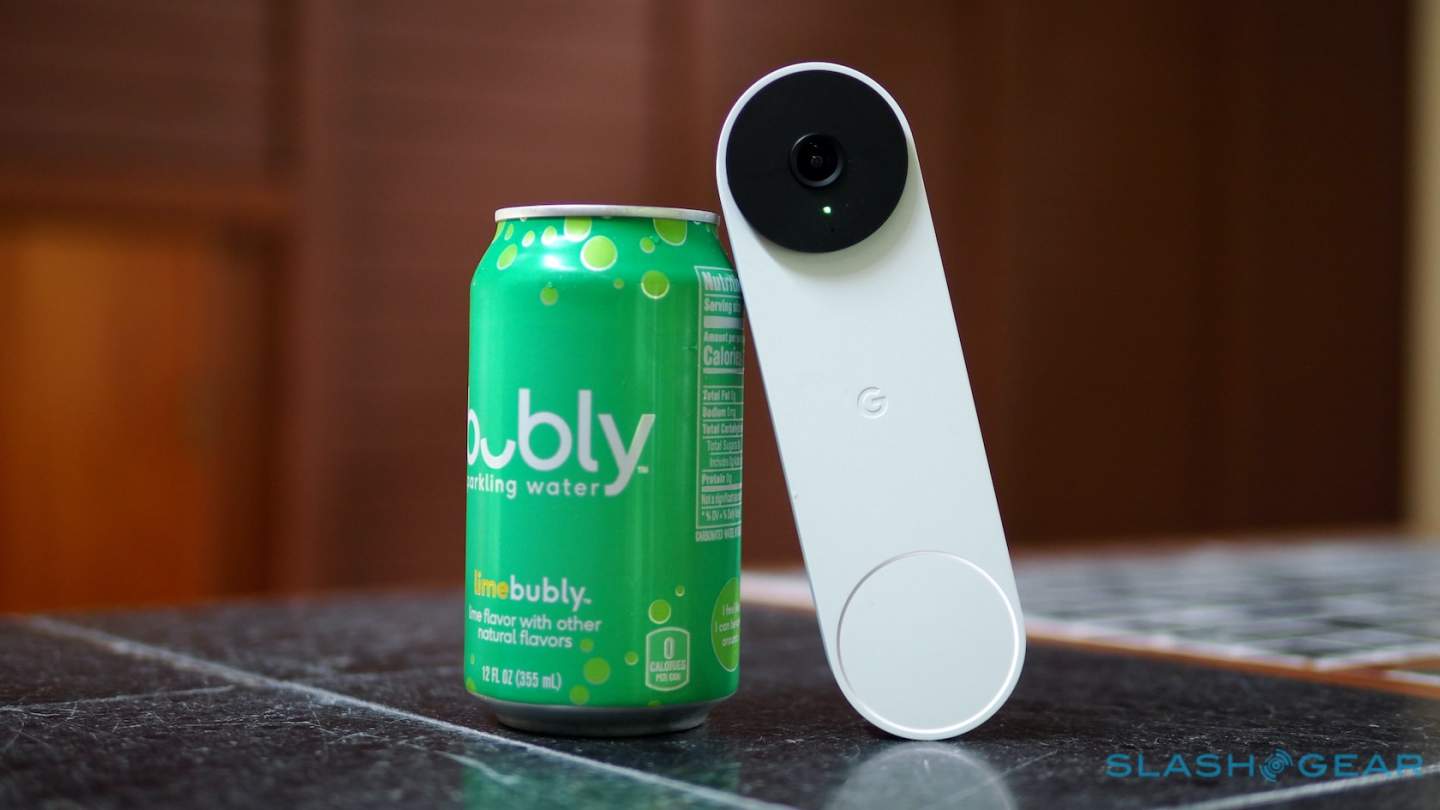 Nest sent me the Snow version, which is a bright matte white with a contrasting black lens surround. It’s clean and crisp, but looks a little out of place with the rest of my door furniture. Happily there are three other, less striking finishes – Linen, a dark cream; Ivy, a dark green; and Ash, a charcoal gray – though pick wisely as unfortunately you can’t swap the bezels as some smart doorbells support. All are priced at $179.99.

Once you’ve found a spot where Nest Doorbell works, actually getting it set up is straightforward. It’s done through the Google Home app now, not the Nest app: if you try to use the latter, you’ll be redirected. Scanning the QR code on the back of the doorbell gets the process started, then you tell it the WiFi network you want to use. If you’ve got another recent Nest product, like the new battery-powered Nest Cam, that can share those basic settings too, to save you entering them manually.

The mounting plate secures with two screws; the Nest Doorbell clips onto it, and you need to use the included release tool – or an unfolded paperclip – to detach it. Not exactly foolproof security, but enough to avoid someone simply yanking it off the wall and running. Optional is using the existing power connection from a wired doorbell, though Google points out you’ll need a resistor if you’re hooking it up to a transformer. Relying on the battery is far simpler, though there’s no plug-in chime unit so you’ll have to rely on the app, the doorbell’s own not-especially-loud chime, and any smart speakers you have to alert you to someone at the door. 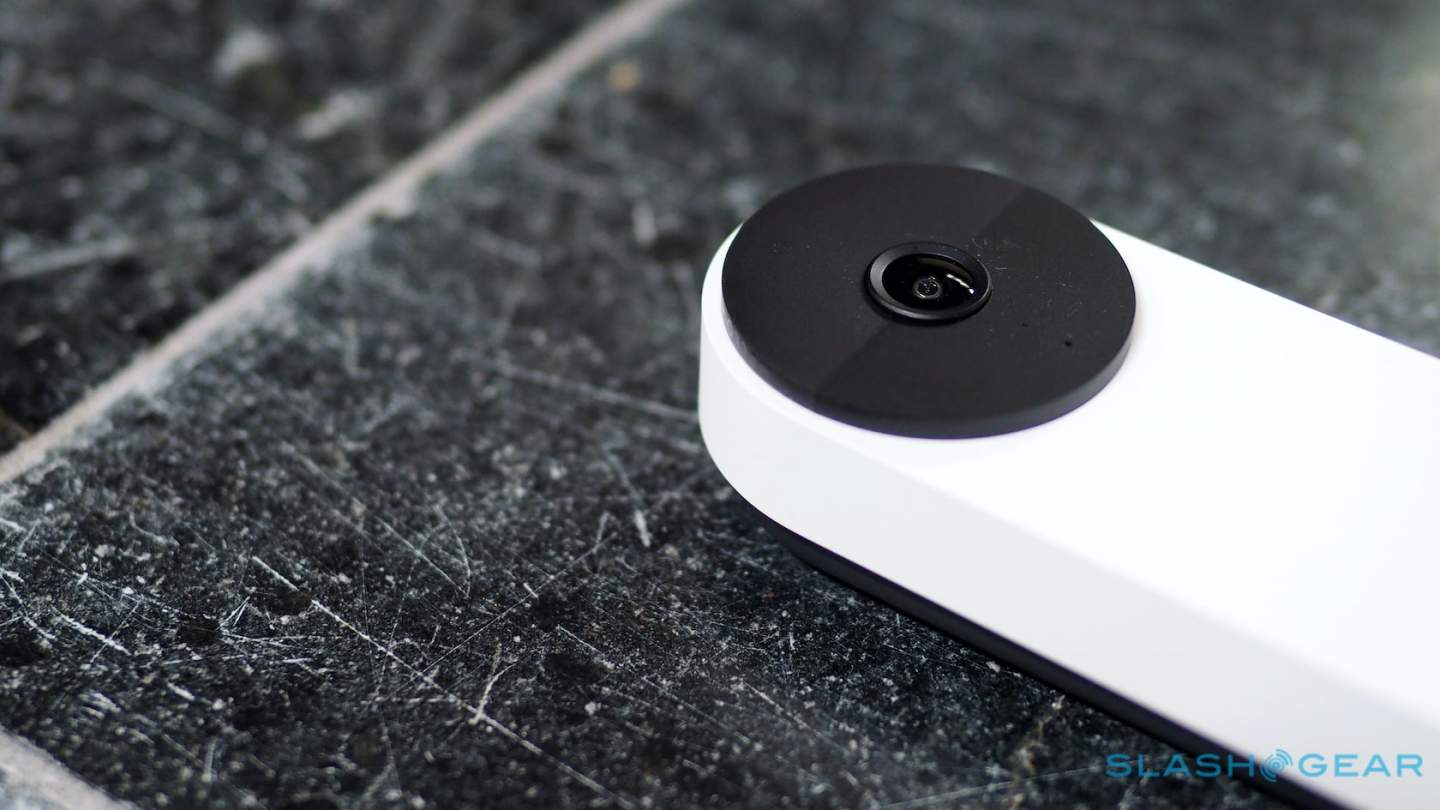 A 20-degree wedge is included to tilt the Nest Doorbell, in case that improves the camera’s view. That’s important, as the field of view is lower for this second-generation model, compared to the original, wired Nest Doorbell. Maximum resolution is lower than for the wired Nest Doorbell as well: 960 x 1280 now, versus 1600 x 1200.

After that, it’s a case of going through the various settings. You can turn off the 3 hours of event video history if you prefer, switch off the microphone and/or audio recording, turn on visit announcements via your Google Assistant-powered speakers and smart displays, and pick a language for pre-recorded Quick Responses. Familiar face detection is optional too, as is sound detection which can listen out for things like smoke alarms and breaking glass.

Nest Doorbell does a lot even without a Nest Aware subscription

One of Google’s arguments for baking more smarts into the Nest Doorbell was that it could deliver some smart features for free that once would’ve required a paid Nest Aware subscription. That’s because they can run locally, on the camera, rather than needing cloud processing. 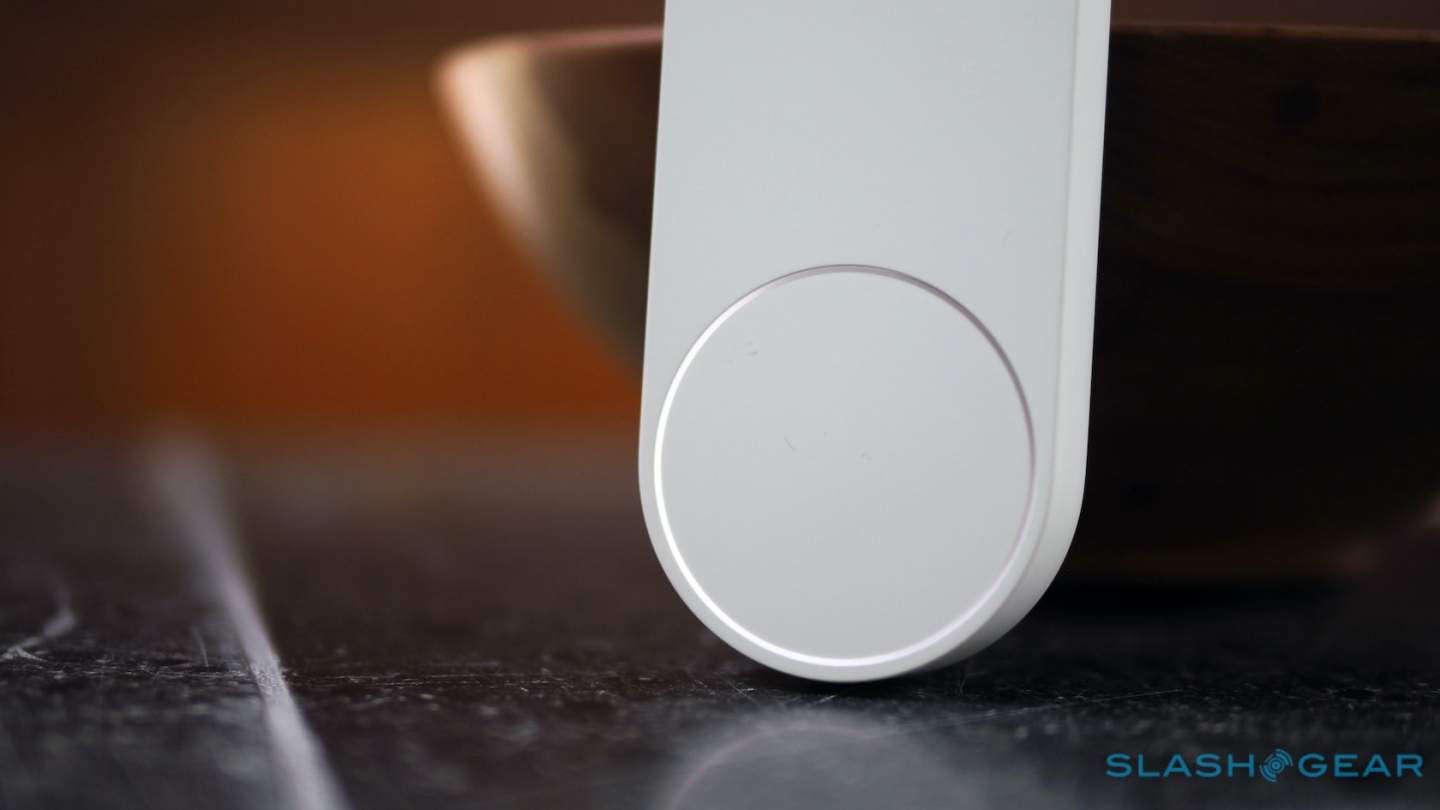 The most obvious benefit from a Nest Aware subscription is that it extends the amount of recording history you get. Out of the box, Google gives you content from the past three hours. Pay for Nest Aware, though, and you can get 30 or 60 days of recordings. Unfortunately, even if you’ve wired the Nest Doorbell in, it won’t support 24/7 video recording, but it does come with enough onboard storage for up to an hour of offline capture, which is a big improvement. Even if your WiFi goes down, the doorbell will keep saving video and then upload it as soon as the connection returns; you can’t, sadly, access it directly from the Nest Doorbell itself.

Familiar face detection – which can identify who is at the door if you’ve taught Google to recognize them – requires a paid subscription. However smart filtering, with the Nest Doorbell distinguishing between people, animals, vehicles, and packages, is included as standard, as are Activity Zones. It’s easy to create an area within the frame where you’ll get notifications on movement, but exclude the road beyond that so that every car that passes doesn’t trigger the doorbell.

I wish I could use the Nest app with Nest Doorbell

Google’s decision to force people to use the Google Home app makes a lot of sense, from Google’s perspective, and it hardly comes as a surprise. After all, the company has been trying to get Nest users to migrate their accounts over to Google accounts for the past couple of years. I suspect hold-outs aren’t necessarily going to be convinced by the current experience, however.

It’s not that the Google Home app is outright bad, it’s just that it lacks the user-friendliness of the old Nest app. Everything from adjusting settings, to quickly loading the live view, to the event history seems to take a few more taps and a little more effort in the Google app. It’s not so bad if you’re following a notification, which takes you directly to the right spot to view a clip, but day-to-day monitoring just doesn’t feel as intuitive as with the dedicated software. The lag involved in actually starting up a live stream as the camera wakes from battery-saving standby doesn’t help. 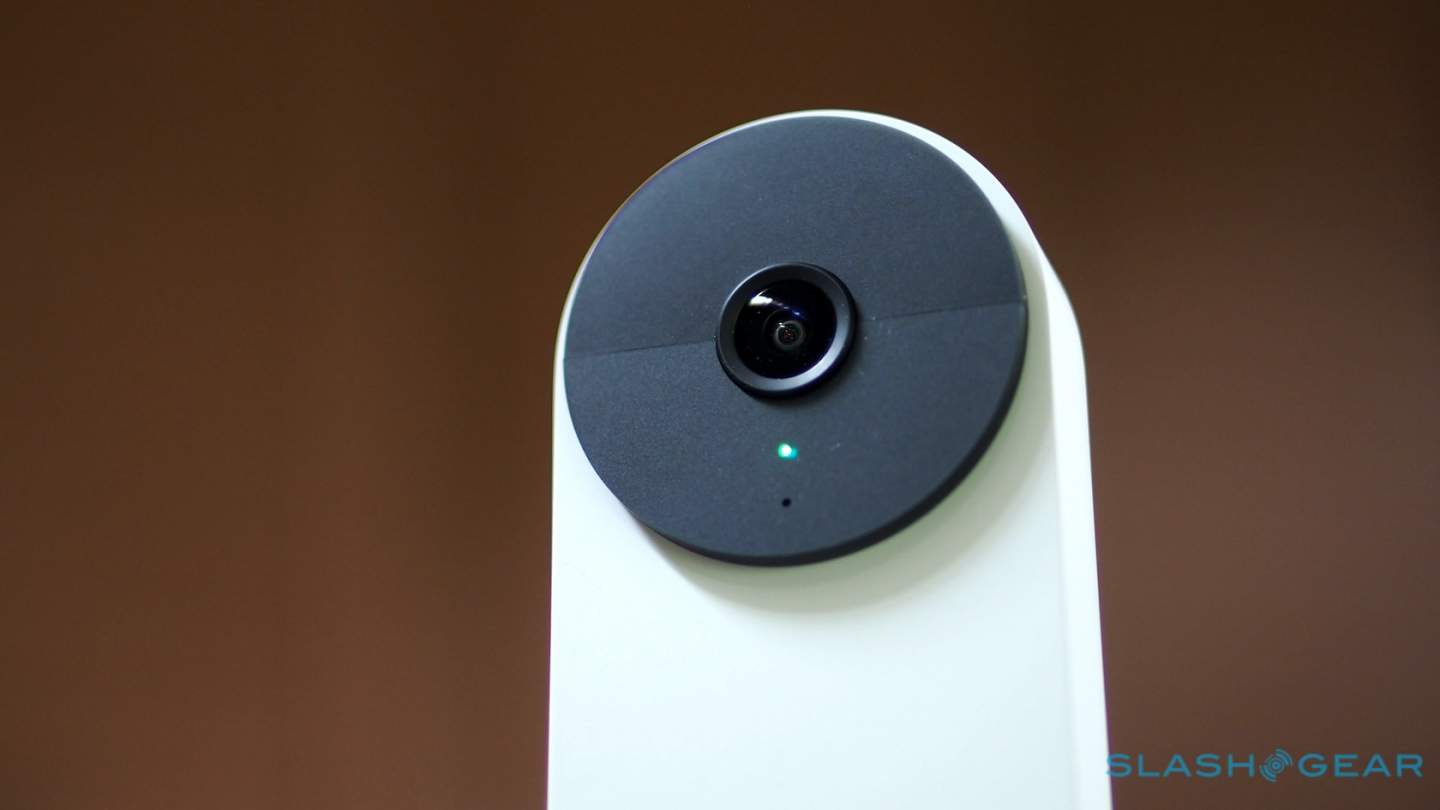 We’ve seen Google take this approach before, moving Google Wifi from its own app to the Google Home app. Consolidation can be a good thing, but right now the experience feels pretty raw.

Nest Doorbell battery life is yet to be seen 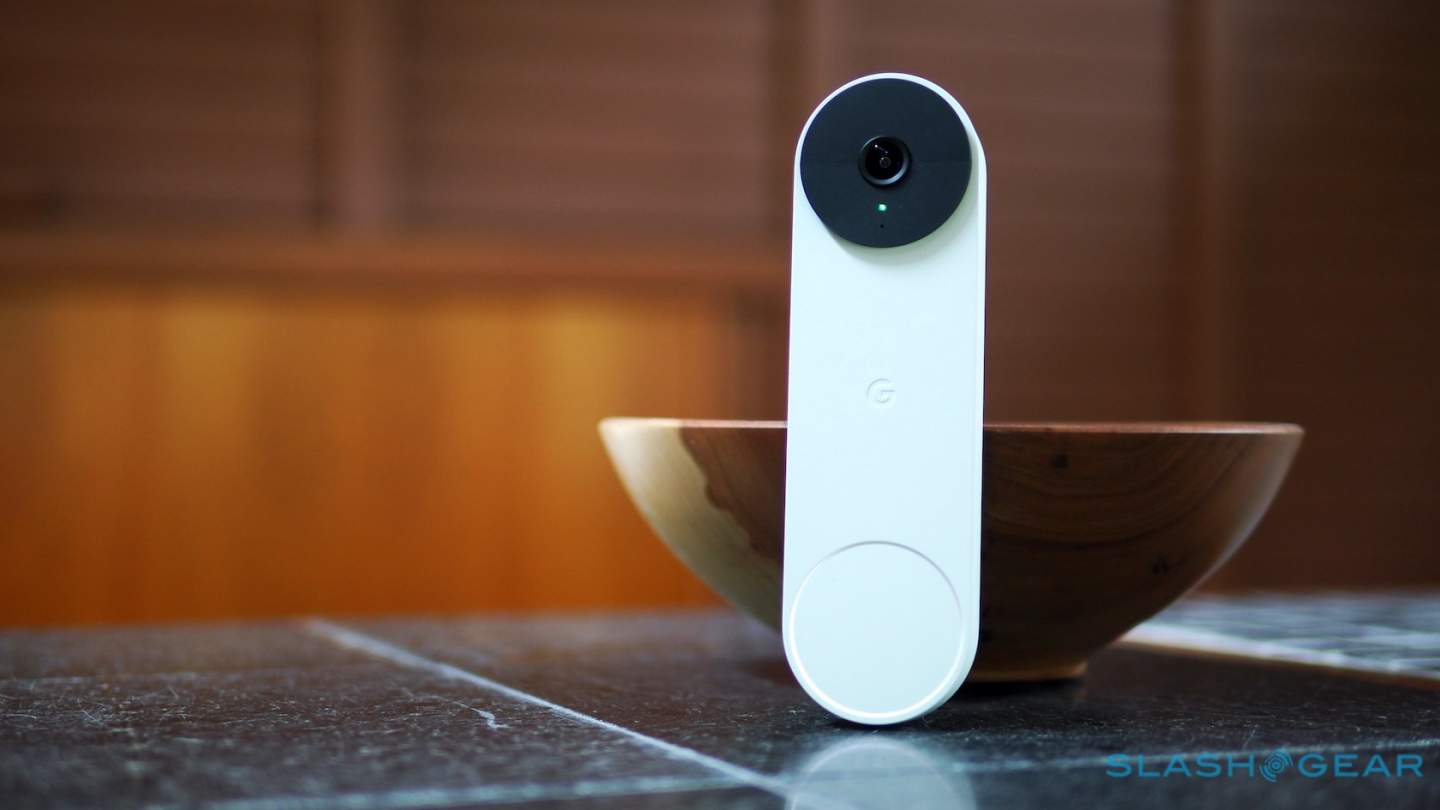 I’ve only had Nest Doorbell for less than a week, so it’s really too early to say just how long the battery will actually last in normal use. For that reason, and the improvements I’m hoping Google rolls out in the Google Home app, I’m holding off on a full review for now. Making a decision about what’s worthy of being installed next to your front door is a big thing, especially when security is part of that equation.