Nerf guns are fun for a moment or two, but the combination of endless dart hunting and lackluster shooting speed/accuracy wears thin quickly. As such, the play rifles have largely been relegated to the realm of children, but that’ll be ending with the maker’s new ‘Rival’ lineup of tactical guns for competitive play. Nerf has been silently working on these new tactical arms for more than four years, and this week graced us all with a behind-the-scenes look at what went into making them. Pre-orders are live, but you’re probably too late: most of them are sold out already.

The guns aren’t made just for adults, of course, but considering that at least one of them can fire foam rounds at 70MPH, they’re probably best left for the older kids. In a video Nerf published Monday, an engineer with the company discussed the new guns, giving us a look at a couple different models in the new product lineup and what they offer.

Says Nerf, these guns are “designed for [a] more competitive and tactical play experience.” Nearly half a decade has gone into developing them: there’s the single-shot Apollo with a clip that feeds through the handle, and the Zeus which fires smallish balls at just under 70MPH. The balls are designed based on golf ball designs, and the clips can be speed loaded by smacking them down onto the balls.

Joining the guns are safety face masks, one in red and one in blue, the idea no doubt being that teams will use them. The guns already went up for pre-order, and without much fanfare. That didn’t stop the pre-orders from selling out already, though. On Toys ‘R’ Us’ website, at least, all the items are listed as being sold out. Shipping is shown as starting August 22. 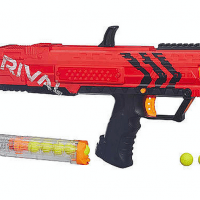 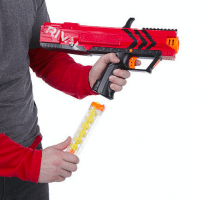 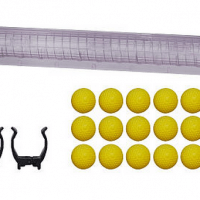 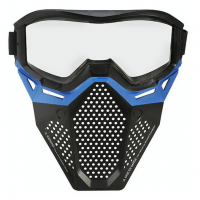 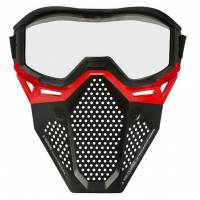 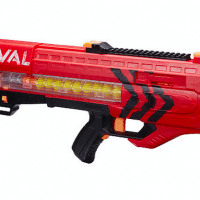 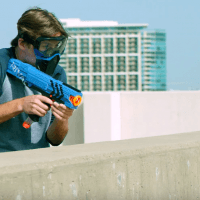