This afternoon NERF revealed NERF HYPER, a new set of blasters that reload easier and blast more intensely than ever before. The NERF HYPER line works with three blasters right out the gate. With these blasters, you’ll find reload canisters that allow the user to keep the blasting action going with immense simplicity.

The NERF HYPER HYPER RUSH-40, NERF HYPER SIEGE-50, and NERF HYPER MACH-100 are the first three blasters in this line. Each of these blasters work with the same reload system, each are both bright and powerful. 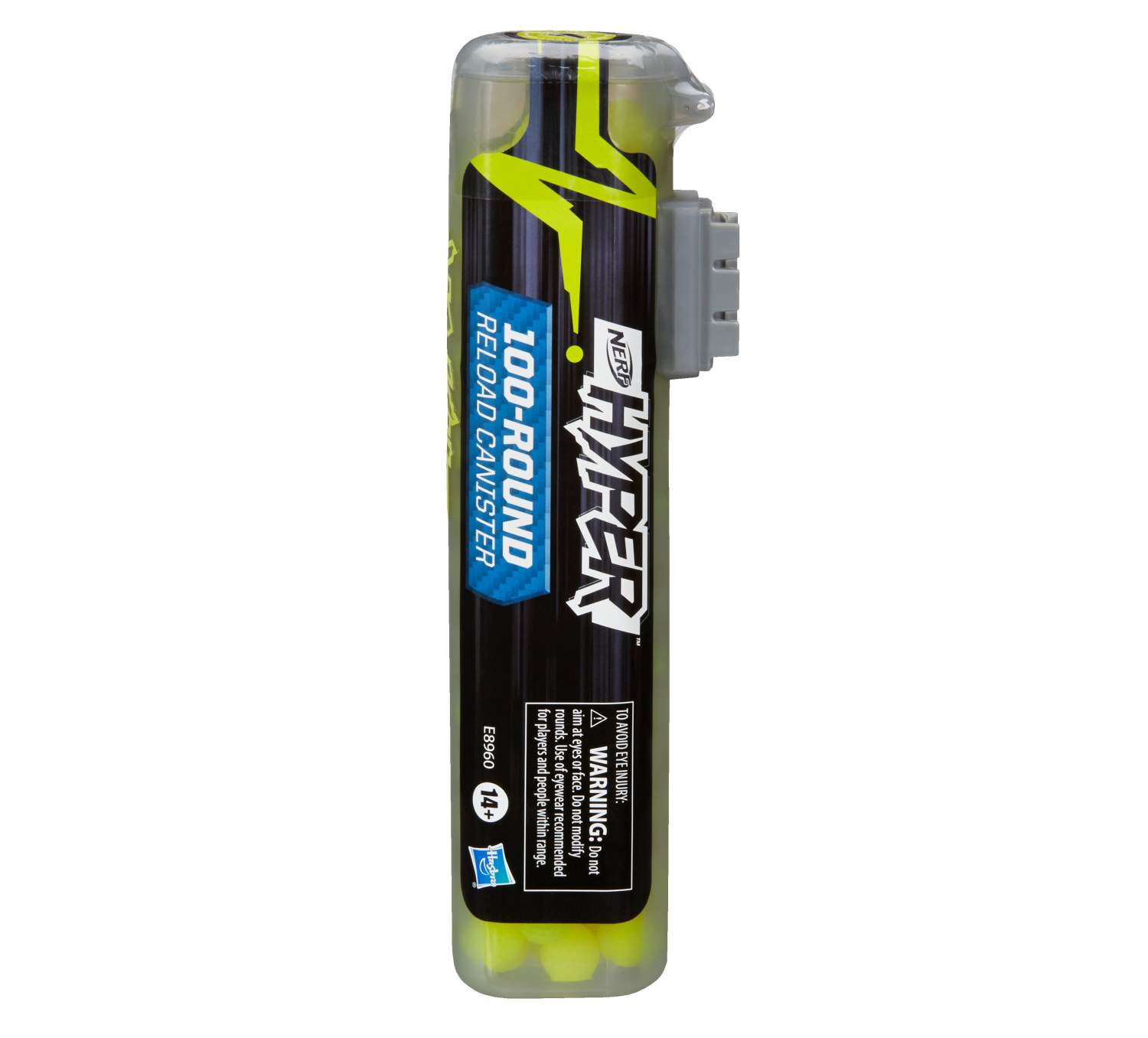 NERF HYPER works with rounds that are smaller than NERF’s delivered before. They’re approximately 1/3 smaller than RIVAL rounds, and are made to move through the air at a speed significantly faster than rounds from earlier series blasters.

Each of the three blasters released in this initial NERF HYPER line works with rounds that are ejected at up to 100 feet per second. TO BE extra CLEAR here, the entire lineup is recommended for ages 14 and up. And they’re going to sell face masks for this line specifically, because those balls probably wouldn’t feel too good if they happened to hit you right in the teeth. 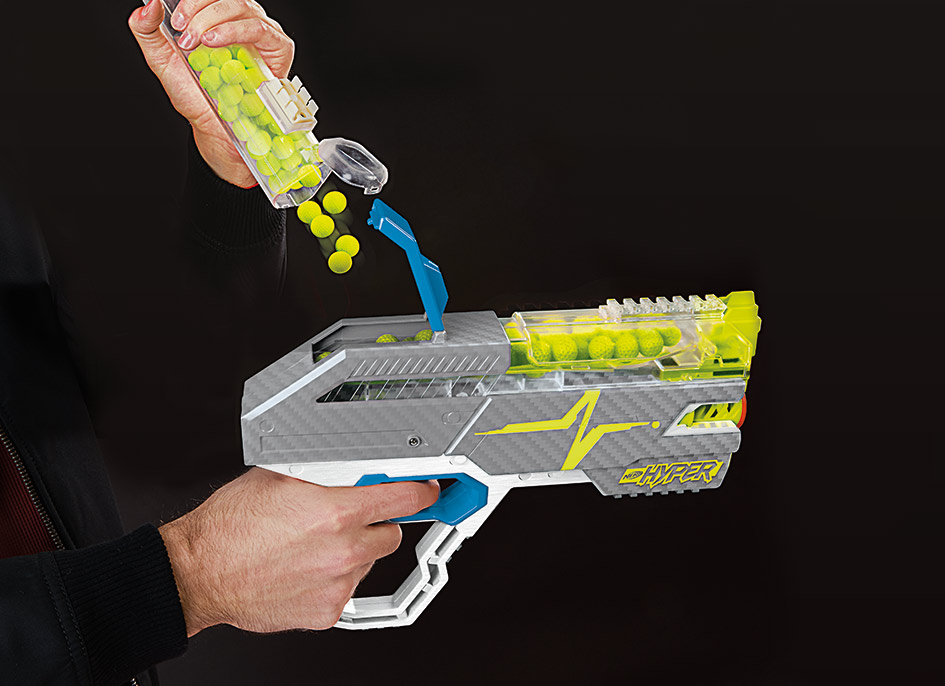 The blasters are priced at $30, $40, and $70 USD. The smallest (RUSH-40) fires single shots, the SIEGE-50 works as a pump-action shotgun sort of situation, and the MACH-100 is the big beast. The biggest blaster here requires D batteries and is fully automatic. 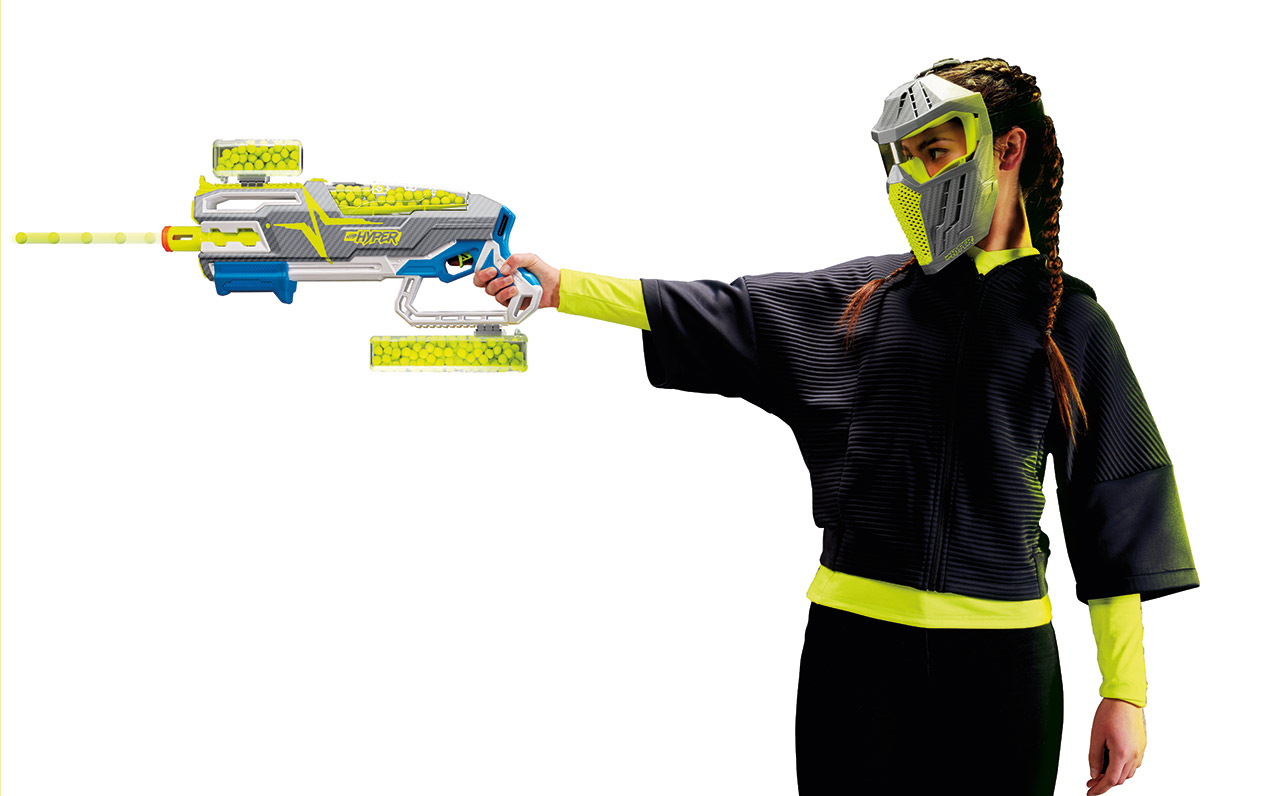 It’ll be interesting to see these blasters in action, especially the one that requires a power source. Anyone want to take bets on how long it’ll take someone to bypass the battery (very obviously not recommended) and hook it up to something stronger?

This entire line will be released inside the year 2021. It’s more likely we’ll see these devices in the second quarter of the year than it is the second half, but we shall see! We’re still in the middle of a pandemic, where release dates can change at the drop of a hat.