Nerf made a blaster for catnip discs that could’ve been so much more spectacular than it turned out to be. It’s made to be as basic as possible, delivering an experience to the user (and their cat) for approximately $15. Unfortunate for the user, the idea has far more potential than what’s actually in the package.

As noted by the folks at BlasterHub, the Nerf Cat Canip Disc Blaster has an LED light that shines… a few feet away. The package suggests that the blaster has a laser light – but what’s included isn’t much more than “an LED with a plastic lens over it.” It’s the rest of the blaster that ends up being nearly worth the cash right out the box. 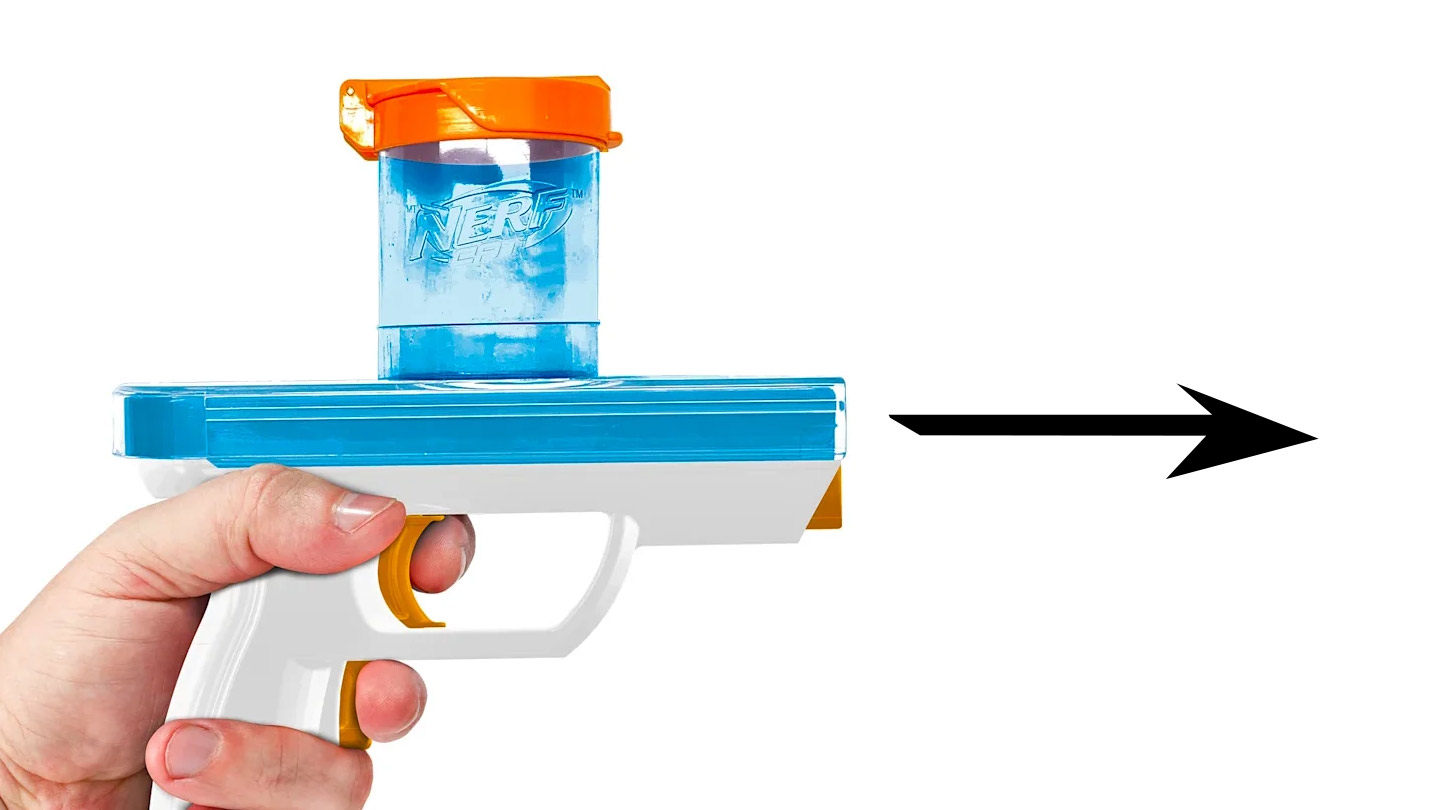 You get what’s effectively a rubber band launcher with a top-loading ammunition chute. This Catnip Disc Blaster launches Nerf-made Catnip Discs. This is the part where the potential far exceeds the product: You get 3 discs with the blaster.

Below you’ll see the blaster in action. As is generally the case with a bright red light, cats respond to the chase. The second bit in the demonstration shows how the light doesn’t reach far – but the discs certainly DO launch. Now, if only the launcher included more than three discs, or included some sort of mold with which the user could create their own new disks out of their own catnip – wouldn’t that be neat?

If you are a pet owner, you might already know: Nerf makes quite a few pet toys here in the year 2021. They’ve gotten the whole “making launching objects more fun than throwing objects” situation down – especially when it comes to dogs, and the launching of dog-friendly objects. If the Catnip Disc Blaster doesn’t fit your cat situation, take a peek at the rest of the Nerf pet blaster collection – especially if you have a… very large cat.