Smartphone stands and mounts come in all forms: round balls that rest on a table top, tripods for almost-anything positioning, magnets that slide over your car’s ventilation grilles. The Neoring is not like those things. It is, it seems, a substitution for using your fingers to hold your phone by, you know, using your fingers but in a different way. With a big magnetic ring. Slide the ring on your finger, attach the phone to the ring, and you can now hold your phone without actually having to hold it.

It does have its uses — you can attach the phone to the ring when it’s not on your finger and use it to rest your smartphone at an angle on your desk, for example. And there’s that cool twirl you can see in the video below — the modern equivalent of giving your cane a spin while taking a stroll, perhaps. 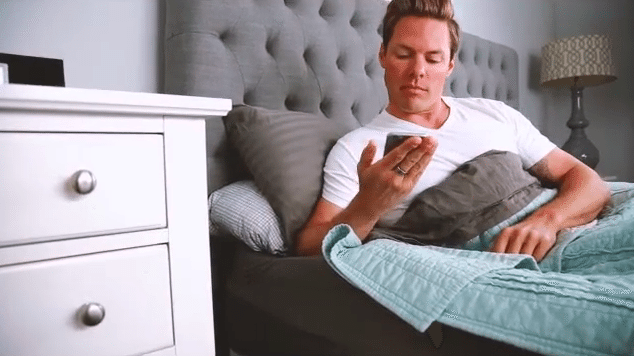 They’re called Neorings because they use neodymium magnets to attach the ring to the back of the smartphone (where a paired metal piece called the Neotack is fastened). And if the phone is in your pocket the ring looks trendy, so that’s a plus. The Neotack is also magnetic, so the phone can be fixed to the fridge or any other metal surface. If that’s not your thing, the Neotack/Neodisk can be used with its adhesive for sticking on other surfaces — a wall to hold your keyring, for example.

The Neotack is arguably the most interesting component — it would come in handy, as the mounted smartphone could be spun around and easily detached when needed. Those who are interested can make a pledge on the product’s Kickstarter campaign for starting at $15 for a Neotack, while $50 will get the Neorings package including a ring with two Neodisks and two Neotacks.