NEON is an artificial intelligence project, aka “artificial human” project from a Samsung-backed group called STAR Labs. This is not the same as S.T.A.R. Labs from DC Comics, and the artificial human isn’t an android. Instead, it’s more like a chat bot. Lots of jargon and buzz-words were shared today by the head of the project, Pranav Mistry.

The folks that’ve created NEON attempted to be clear from the outset that they’ve not made another SIRI, or Alexa, or Google Assistant. “Frank, Natasha, Hana. Not ‘Hey NEON,'” says an early release from STAR Labs. “Not an AI assistant. Not an interface to the Internet. Not a music player. Simply, a friend.” 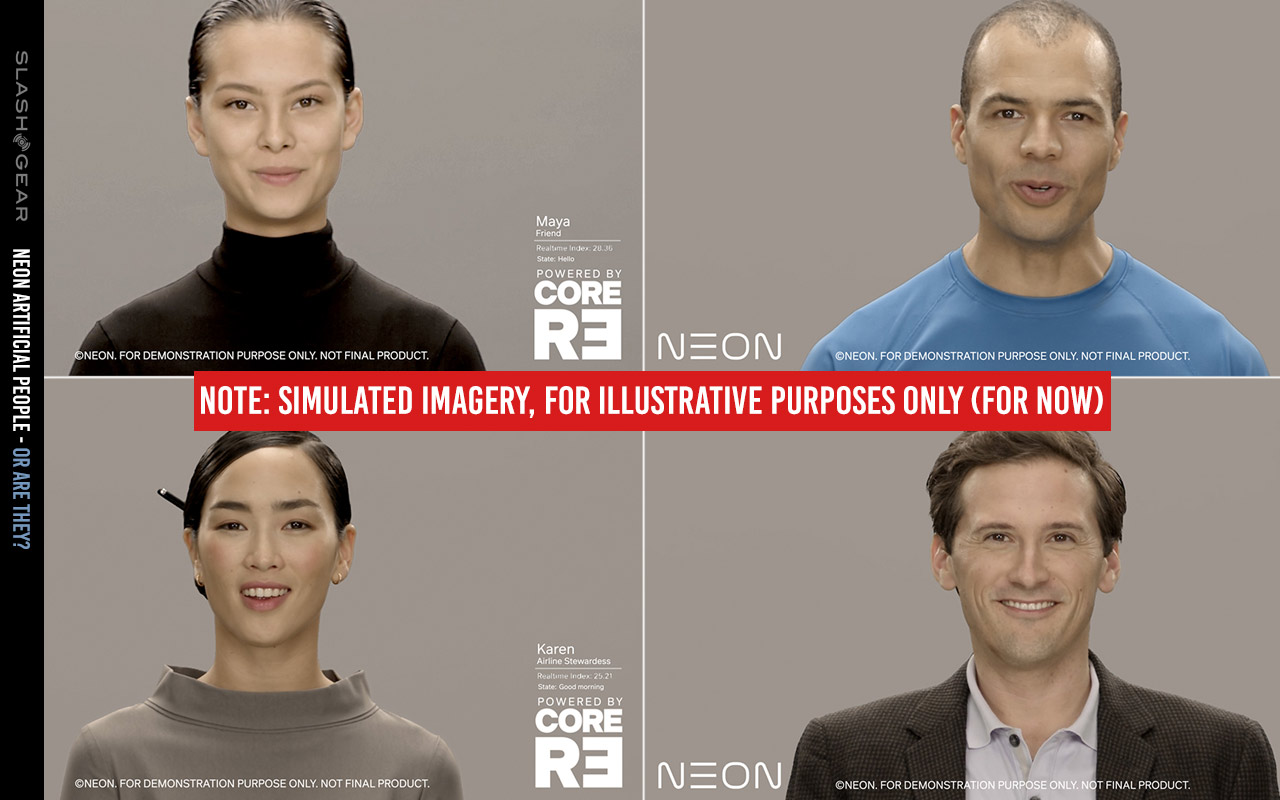 The first set of so-called “NEONs” can “speak it all” …if “all” includes Spanish, Hindi, Japanese, English – and no other confirmed languages as of yet. Per Mistry, “It can now autonomously create new expressions, new movements, new dialog (even in Hindi), completely different from the original captured data.

When Mistry says “the original captured data,” he may as well be referring to the previews we’ve seen before the demo that’ll be released later today. The first wave – including what you might’ve seen leaked – are “meant for illustrative purposes.”

Per a STAR Labs representative speaking with SlashGear, “the images and videos” that’ve been released thus far “as well as what will be looping in the booth” are all “meant for illustrative purposes.” There’ll be a demonstration of “the true product” and “not a simulation.”

NEON is not yet a product that’s ready for release – it’s a system in the process of being developed. It’s at a point where they’ll be able to do a limited demonstration, but it’s going to have a long way to go before it’s anywhere near the hands, eyes, and ears of consumers.

But why does it all exist? What’s the meaning of this? Is it a Jurassic Park / Ian Malcolm situation where they were so preoccupied with whether or not they could, they didn’t stop to think if they should?