The retro mini console hype seems to have died down a bit now that almost all console makers old and new have put out their throwback consoles. SNK, however, seems to still have a few tricks up its sleeve. It has just announced a new console that gives a nod to a niche fighting stick market that’s still thriving today. The NEOGEO Arcade Stick Pro, however, is no mere arcade stick controller as it is its own standalone console as well.

NEGEO as a brand spans quite a number of gaming machines. SNK, however, believed that its pioneering arcade cabinet is its most iconic entry into the gaming industry. That’s why is tarted with the NEOGEO mini arcades last year. Unlike the likes of Nintendo and Sony, however, it is following up with something a tad different and unusual as far as retro consoles go.

The NEOGEO Arcade Stick Pro isn’t actually patterned after a console. Instead, it is a blown up NEOGEO CD controller with a stick instead of a D-Pad. The purpose is for it to look like an arcade stick controller that is now en vogue among fans of arcade fighting games. However, it serves double purpose as both a controller and a console in the same body. 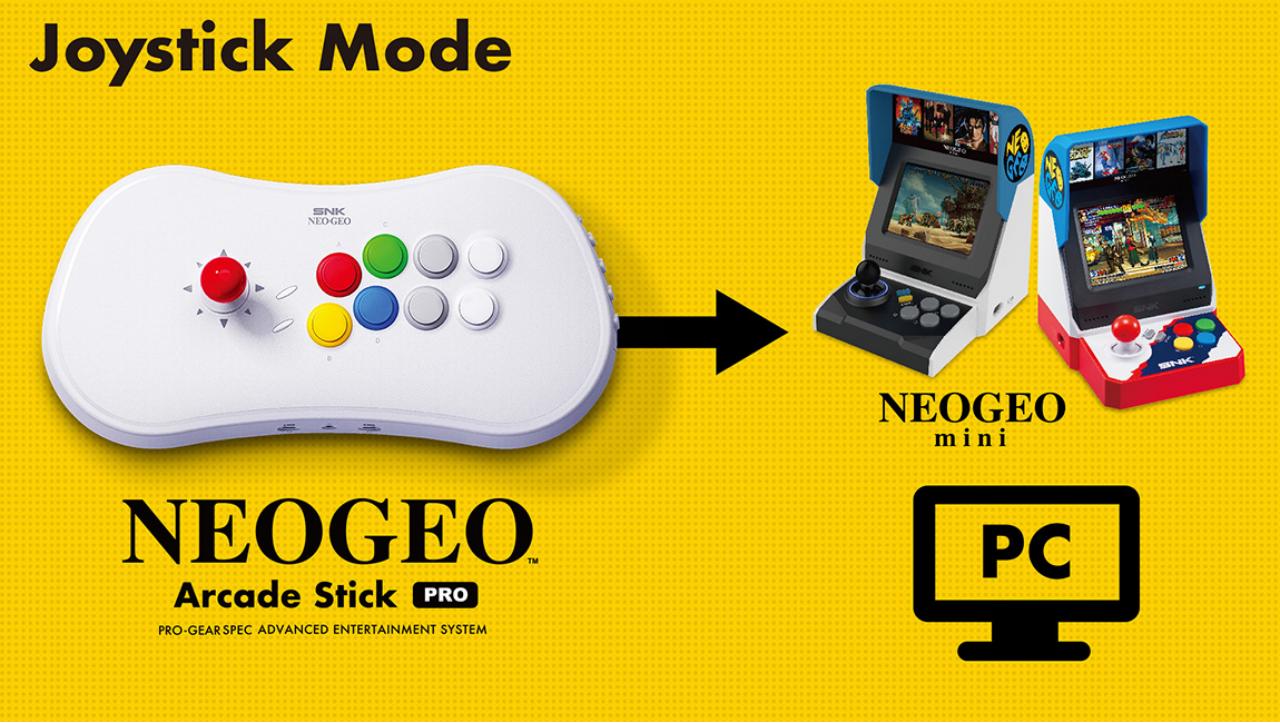 In joystick mode, it can be connected to any PC or even the NEOGEO minis, which it dwarfs in comparison. SNK promises a “solid experience” when using the arcade stick to play those fighting games. But if you don’t have a NEOGEO mini arcade cabinet or even a PC, you can connect the Arcade Stick Pro directly to a TV in Console mode and play 20 pre-installed fighting games directly.

Availability details for the NEOGEO Arcade Stick Pro are still non-existent at this time, aside from an intent to release internationally. Compatibility is also undisclosed but, amusingly, you can connect NEOGEO mini PAD controllers when using it in Console Mode for the ultimate controller in