Neeo hands-on: one smart remote to control them all

Following a successful Kickstarter campaign, the company behind Neeo is taking pre-orders and showing off their smart remote at CES 2016. This remote is (probably) unlike any you’ve ever experienced — it features a touch screen and runs the company’s own system, merging together the best parts of a remote and a touch device to create a single, slim, highly functional device.

Neeo is a remote control, but only in the broadest sense. It is perhaps better thought of as a tiny smartphone that tasks itself with controlling one’s home and devices rather than making calls and sending messages. The touch display features white-outline icons for various things one might want to do, such as play music or control connected kitchen appliances (a coffee maker, perhaps). 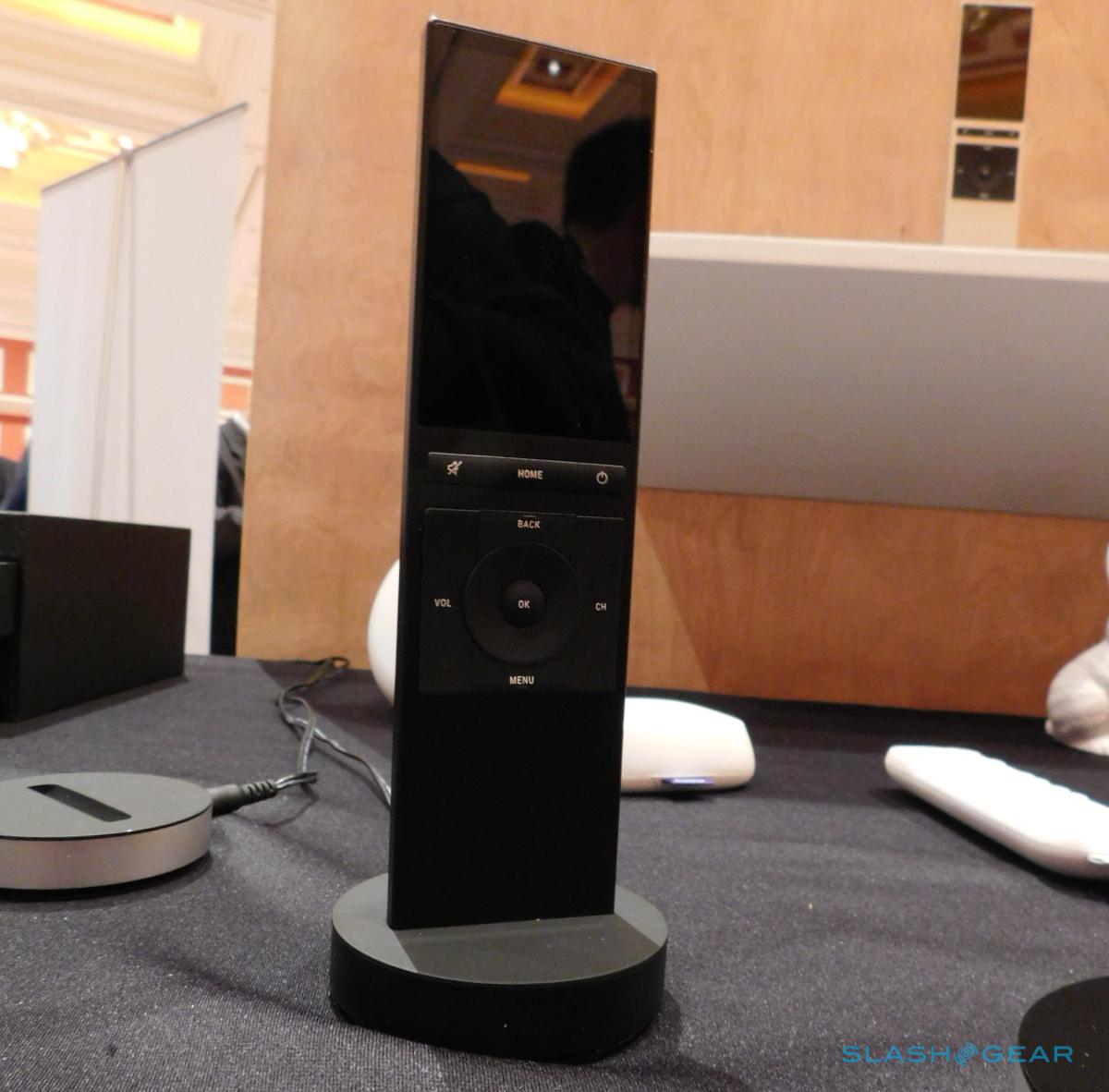 According to its’ maker, NEEO supports more than 30,000 devices, which includes all the major AV products released in the last decade. As well, the remote is designed to be easy to setup — something that isn’t common among remote controls. NEEO takes 3 minutes to set up, and requires only the press of a single button.

The remote works with a ‘brain’ that comes in the form of a circular puck-like device. The brain serves as the connection point between the NEEO Remote and your devices, but also works with the company’s mobile app, allowing one’s actual smartphone to function as the remote as well.

The NEEO Remote itself is incredibly slim and features a trio of sensors on the bottom inside edge. When someone picks up the remote, assuming their palm is pressed against the sensors, the remote detects who is holding it and automatically puts that user’s personal settings and configurations into place — serving basically as a login function without the hassle of logging into an account.