Though IFA 2020 is a lot different from previous shows, the event is still happening in some regard and companies are still announcing new products. One such company is Neato Robotics, which today announced three additions to its lineup of robot vacuums – the Neato D10, D9, and D8.

At first glance, all three vacuums look the same, with a D-shaped design that, according to Neato, allows them to clean better in corners and across edges. Neato also says that these vacuums use “the widest brush and largest dirt bin in the market,” and of course, each of the three vacuums can be set up and managed through the MyNeato app, with the company saying that the process of getting a vacuum set up and ready to clean is one that requires only six steps.

So, what are the differences between the three vacuums? Neato hasn’t shared full specifications for any of the vacuums yet, and when it comes to their capabilities, the company speaks in fairly broad terms. For instance, for the D8, we’re told that the vacuum supports Neato’s LIDAR-based LaserSmart tech to help it clean and offers a runtime of around 90 minutes. 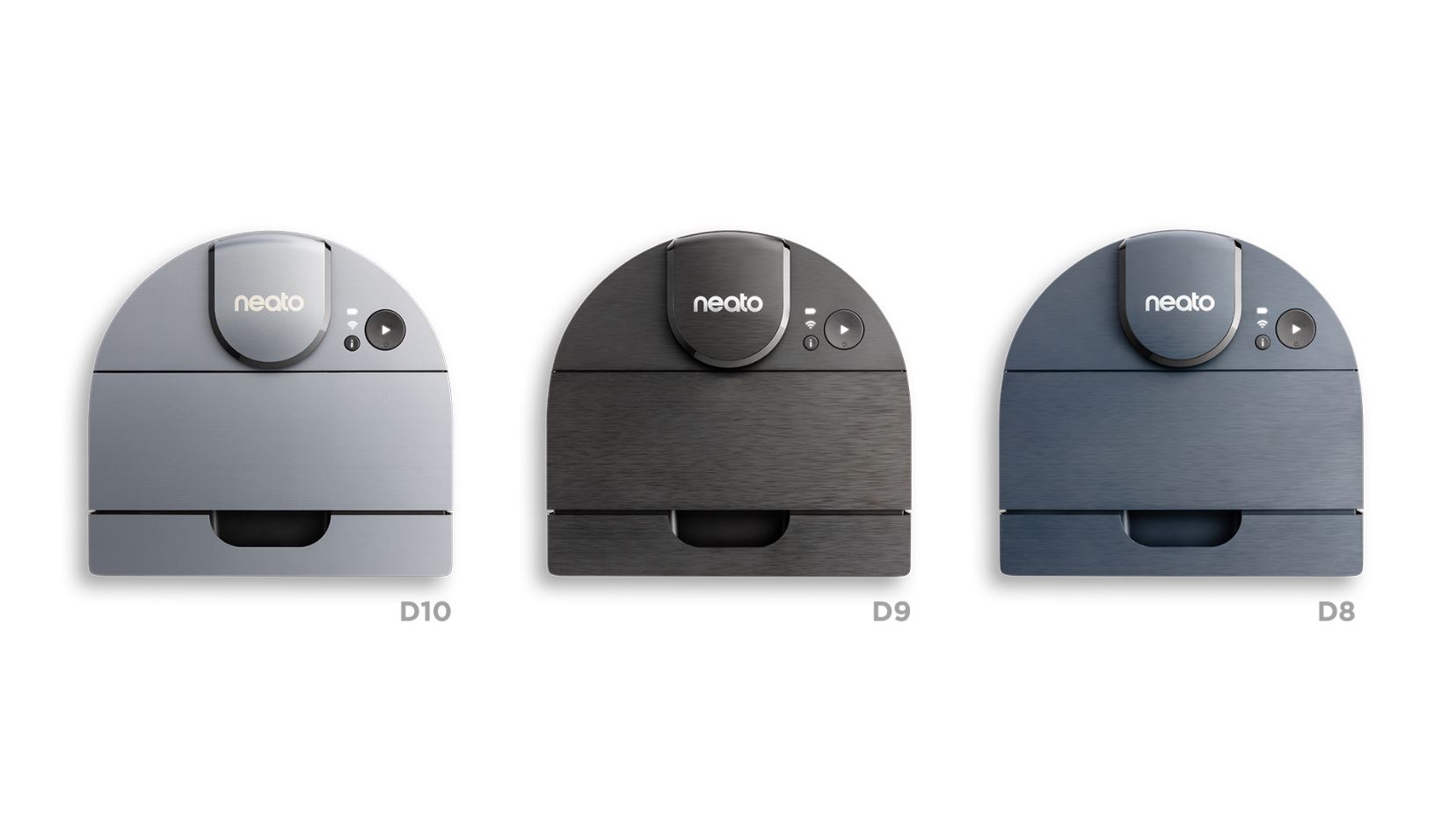 The D9, on the other hand, uses a “HEPA-style filter” that’s capable of “capturing 99.5% of dust and allergens” – something that the D8 apparently lacks. Once again, we see LaserSmart tech in this vacuum (with Neato saying that this tech allows the D9 to clean in the dark) and a total runtime of 120 minutes.

The D10, unsurprisingly, is the headliner of today’s announcement, with a true HEPA filter that captures “up to 99.97% of allergens as small as 0.3 microns.” For the D10, we can expect a total runtime of 150 minutes before it needs a recharge.

Pricing hasn’t been revealed for these vacuums yet and we haven’t been given a specific release date for them either. Neato says that it will launch these vacuums at “participating retailers” across North America, Europe, and Japan at some point this fall, though folks in the US will also be able to order one from Neato’s website.