A United States-wide test of mobile data has been run this year with each of the top mobile service providers under the magnifying glass. This is not the first time PC Mag has run such a test, but as in each successive year, this year’s test has been the most expansive. What they’ve found is that while the two two carriers are indeed top-class in one category or another, no one brand dominated the whole pack.

As the title of this article suggests, it was AT&T’s 4G LTE network that appeared to show the fastest data speeds most often. In the Northeast region, AT&T LTE beat out the competition with an average download speed of 16.02 Mbits/second where second place went to T-Mobile’s budding LTE network at 13.11 Mbits/second on average. Verizon’s top download speed at 53.38 Mbits/second nearly edged out AT&T’s 58.25 and beat out AT&T with a time of 194.10ms “average time to first byte” (AT&T hit this at 236.27ms).

This was the story pretty much across the board – save in the study’s Rural/Suburban segment. There it was Verizon dominating the field with a much smaller cross-section of competitors. A smaller number of competitors – and no other LTE entrants – appears due to Verizon’s wider coverage area in the USA. 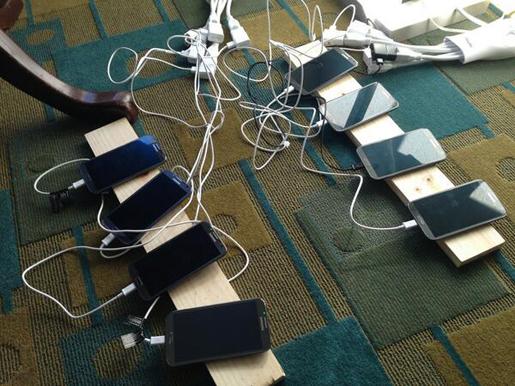 The study worked first in a collection of 30 cities, larger areas where high concentrations of people live and work – in the rural/suburban neighborhoods of the country, Verizon currently has no competition. Sound about right to you?

These tests were being run with a set of 8 Samsung Galaxy Note II devices, each of them running on a different network or network speed. These phones were placed in two Ford C-Max Energi cards and one Ford Fusion Energi vehicle, each of the devices working with a suite of tests from the group known as Sensorly.