NASA regularly publishes some of the best examples of its photography capabilities in a series it calls ‘Image of the Day.’ The latest installment in this series is a satellite image of the western United States, showing the vast amounts of smoke produced by its wildfires as they burn. The photo provides a stunning look at the natural disaster, one that would be impossible without modern technologies.

There are several ongoing wildfires in western North America, most of them in California. These were particularly massive last month, producing so much smoke that it made its way across the US and then, soon after, across the ocean all the way to Europe. We have many images of the fires from the ground and they provide an important look at the state of things. However, it is difficult to tell the scope of the fires without looking from a distance.

That, of course, is where satellites come in. NASA owns multiple satellites that are focused on Earth rather than outward into space, enabling it to gather data on our planet, predict future potential weather events, and, among other things, assess the impact of current and past events. The newly highlighted wildfire photo underscores this; it was captured on September 29 using the Aqua satellite, according to the space agency. 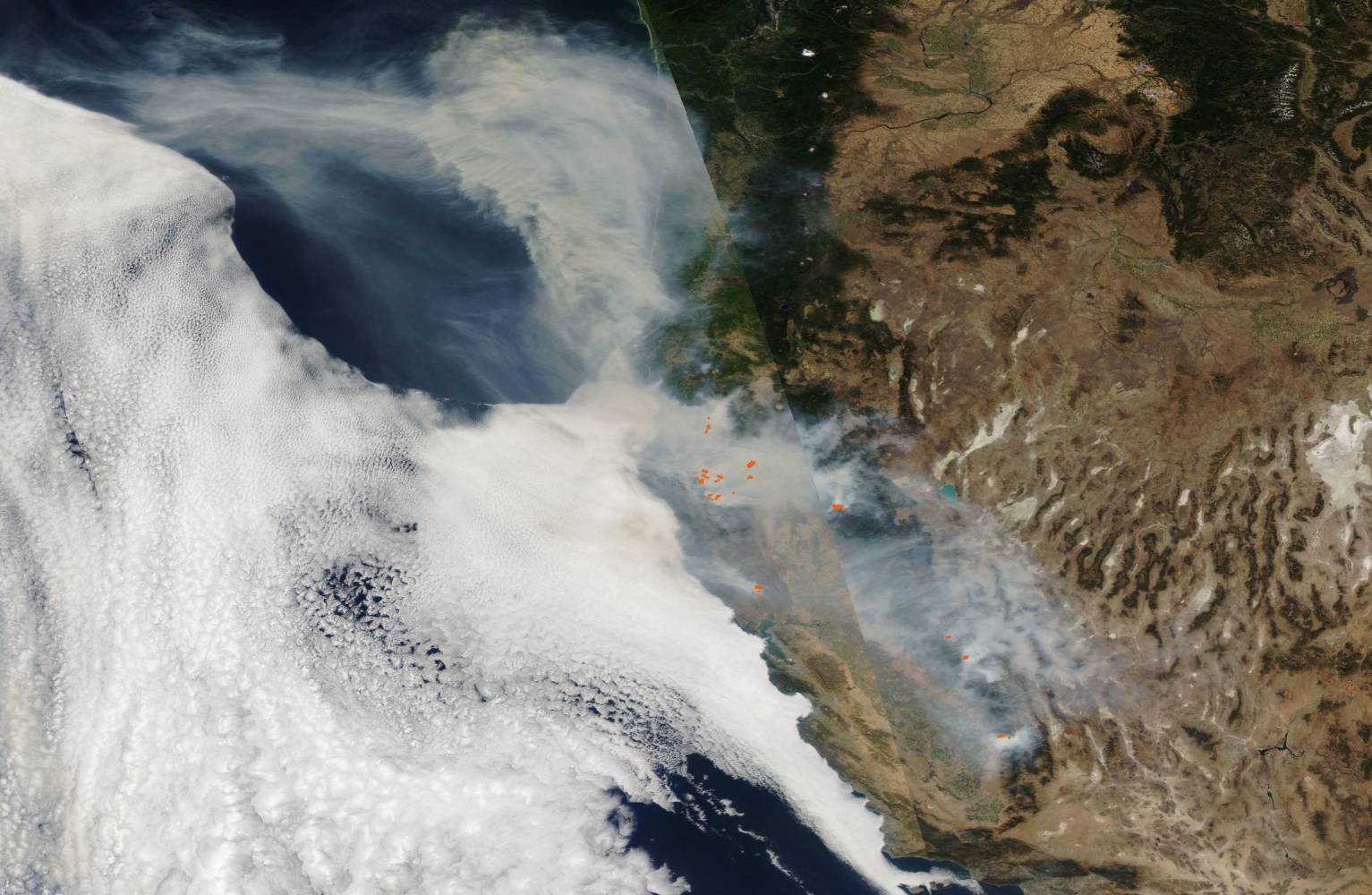 If you look closely, you’ll notice that this satellite image is special; the left half shows visible light and the right half is an infrared image revealing the heat from the fire. This offers two unique perspectives on the same event while drawing attention to the absolutely massive amount of smoke produced by these fires. According to NASA, there are still major wildfires burning up California and into the Pacific Northwest.

Of these active wildfires, the largest is California’s August Complex; it has already broken the state’s record to become its largest wildfire ever. The fire is uncontained in nearly a million acres of land. Due to a recent change in winds, the smoke that was first spread to the east has now reversed course and is blowing back westward where it is carried over the Pacific ocean.