While Perseverance successfully cored and extracted the latest Martian rock sample (from a rock nicknamed Issole), Perseverance detected an anomaly as it was bringing the sample return process to a conclusion and automatically halted its systems. It occurred during a phase known as the “Coring Bit Dropoff”. This is where the drill bit along with its sample tube and just-cored sample is guided out of percussive drill at the end of the rover’s robotic arm and into the bit carousel located on the rover’s chassis. It was then a case of “Perseverance phone home”. 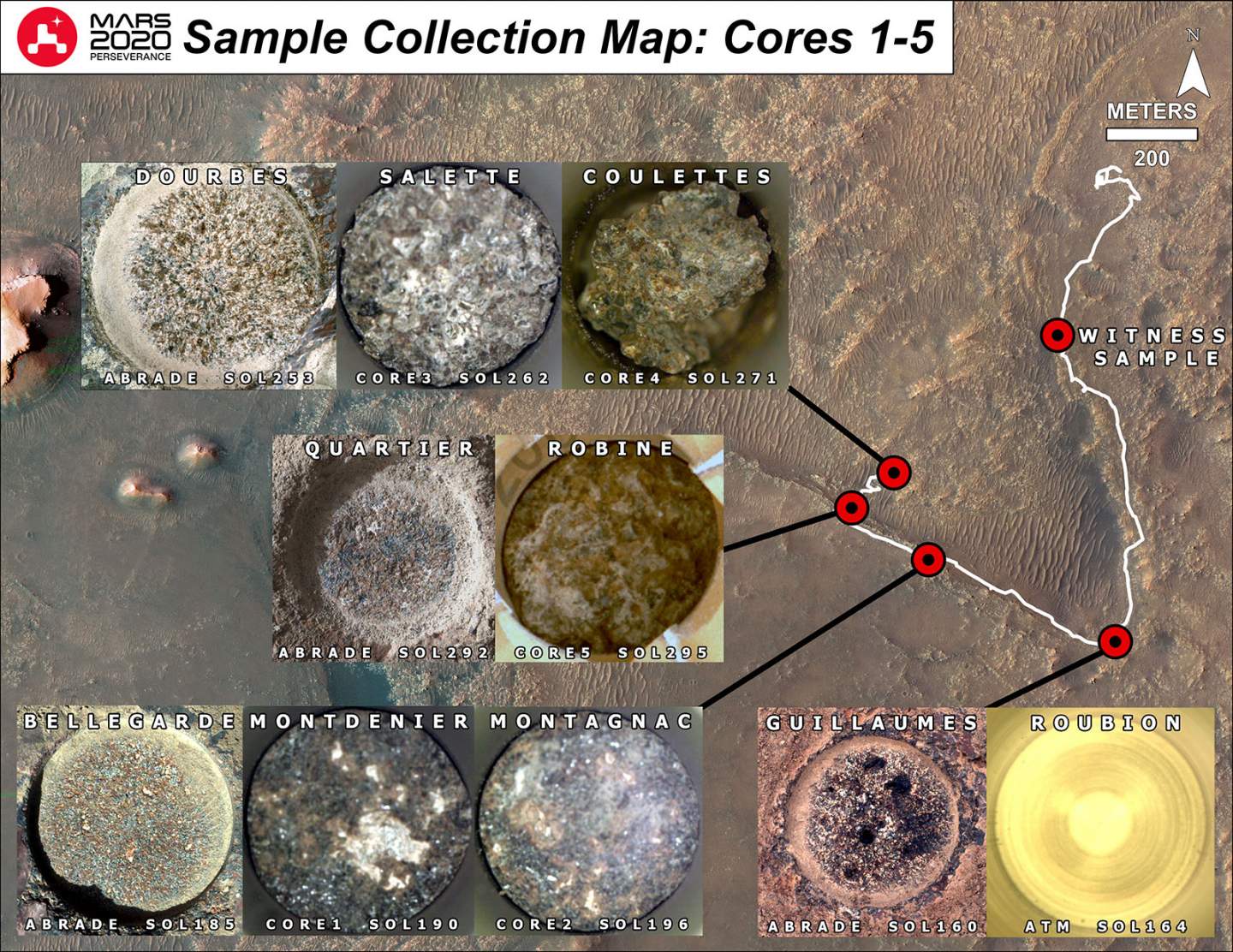 When the telemetry reached NASA, its scientists could see from the data that the core bit encountered higher resistance than usual and earlier in the process to boot. In response, NASA issued a new set of commands to Perseverance to extract the drill bit and core sample tube from the carousel and undock the robotic arm from the bit carousel.

Several images were taken including the lead image of this article that clearly shows a number of pebble-sized pieces of Martian rock debris in the carousel. This appears to have fallen out of the sample tube as it was being returned to the rover during the “Coring Bit Dropoff”.

NASA says that it appears the debris stopped the Core Bit from seating itself correctly, but no apparent damage has been done as the rover shutdown the operation as it was programmed. Although the bit carousel can continue to operate successfully with the debris lodged as it is, the team is aiming to undertake a debris removal – a calculated Heimlich maneuver if you will.

NASA says it will continue to analyze the data and determine an approach that will ensure the debris doesn’t end up somewhere else it shouldn’t during the removal process, but is confident it can get the job done.