NASA’s Mars rover has successfully landed on Mars, with Perseverance managing a nail-biting descent and beaming back the first picture from the Martian surface. It’s the dramatic culmination of a long journey that began on July 30, 2020, with Perseverance now being around 127 million miles away from Earth.

The huge distance forced NASA to equip Perseverance to undertake the complex descent itself. It takes more than 11 minutes for a signal to go from Earth to Mars, or vice-versa, making it impossible for the Jet Propulsion Laboratory team responsible for the rover to control it manually. Instead, it beams back telemetry to explain just what has been going on as it manages its own rush through the atmosphere. 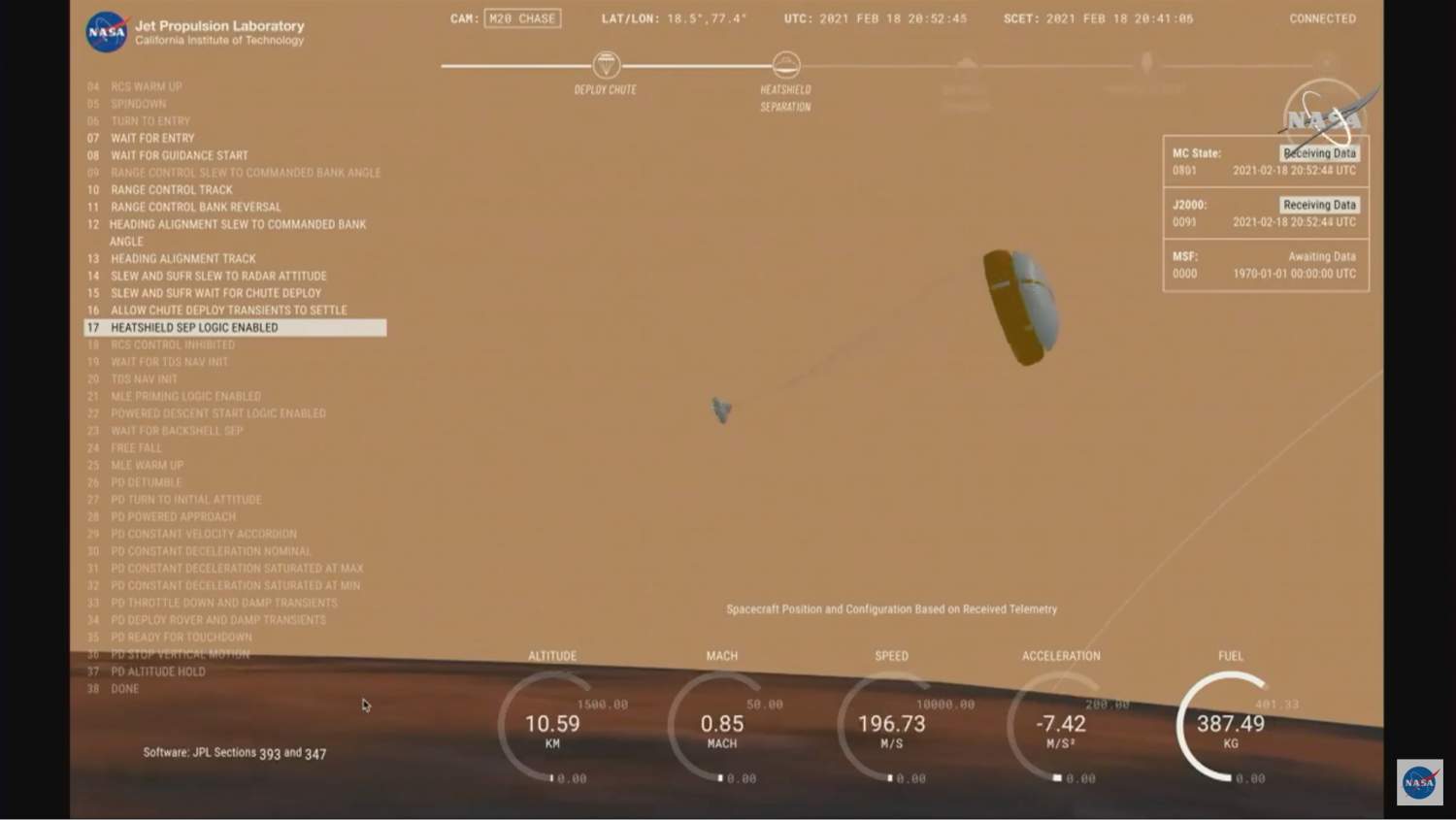 There’s a huge amount that needed to go right, of course. First, the spacecraft had to make it through the initial high-speed entry, hitting the Martian atmosphere at speeds in excess of 12,500 mph. It’s the atmosphere itself which provides the initial slowing, scrubbing huge amounts of pace despite the increased pull of gravity. It’s enough to experience around 10 G’s of Earth-equivalent force.

The rapid deceleration leads to deployment of the huge parachute specially designed for Perseverance, then heat shield separation when speeds reach subsonic. At that point, the sensors on the underside of the rover have a chance to take final readings of the surface of the planet. 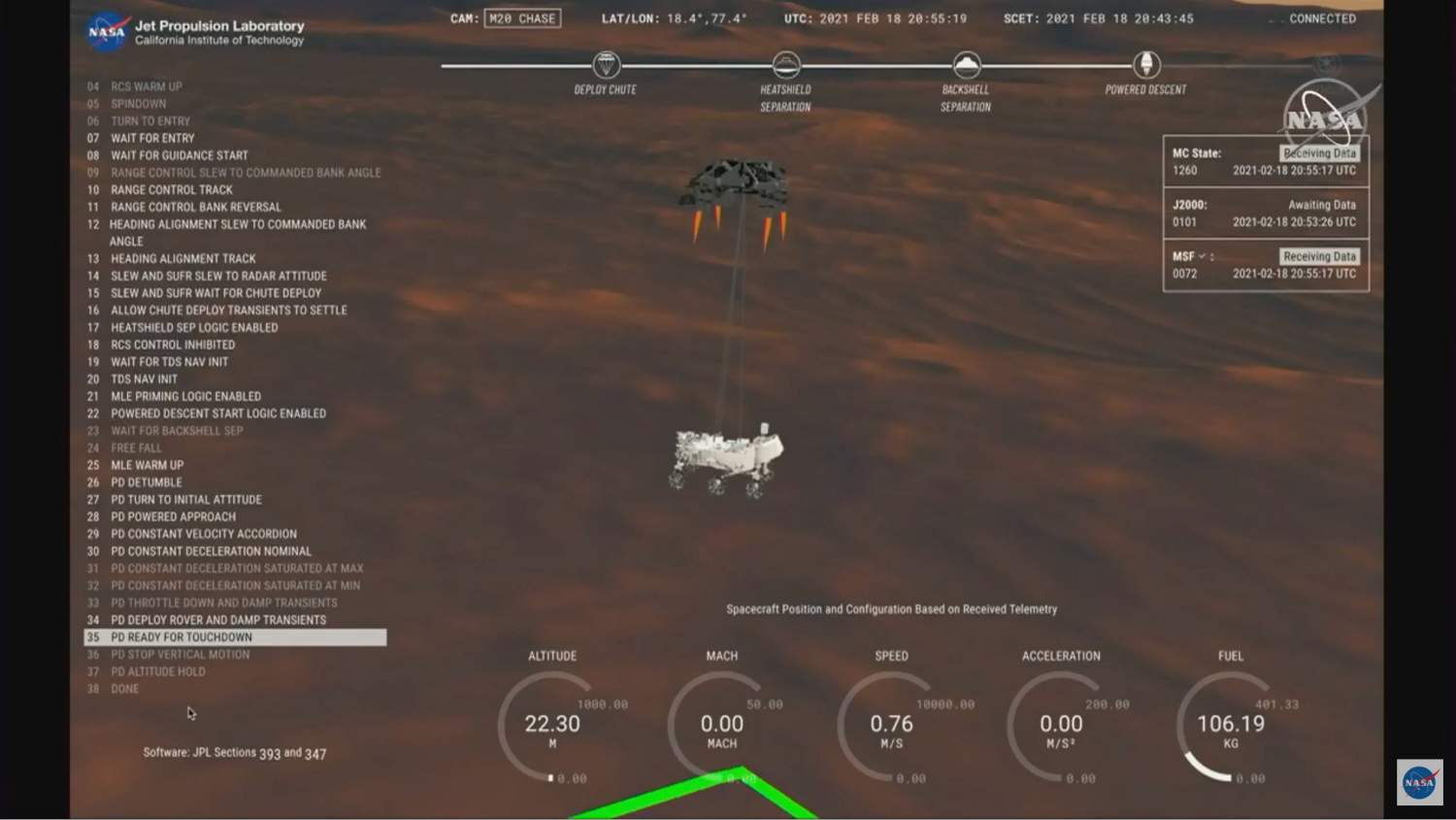 Then there’s the backshell separation, which has to successful break away – complete with the parachute – before 16 rocket motors – eight to control during entry, another eight to control during the landing – have to work in perfect tandem to lower it down. Finally, there’s the innovative Sky Crane, which was responsible for depositing the rover the last 70 feet or so until its wheels hit dirt.

Perseverance’s journey to Mars may have been long, and its descent to the red planet a huge challenge in itself, but once it’s on the ground the science is only just beginning. The rover has seven scientific instruments onboard, which will be used to gather and analyze samples of Martian regolith and more. It can drill into the soil to explore what’s under the surface, as well as use its 19 cameras to take long-distance or high-resolution imagery of the planet’s surface. 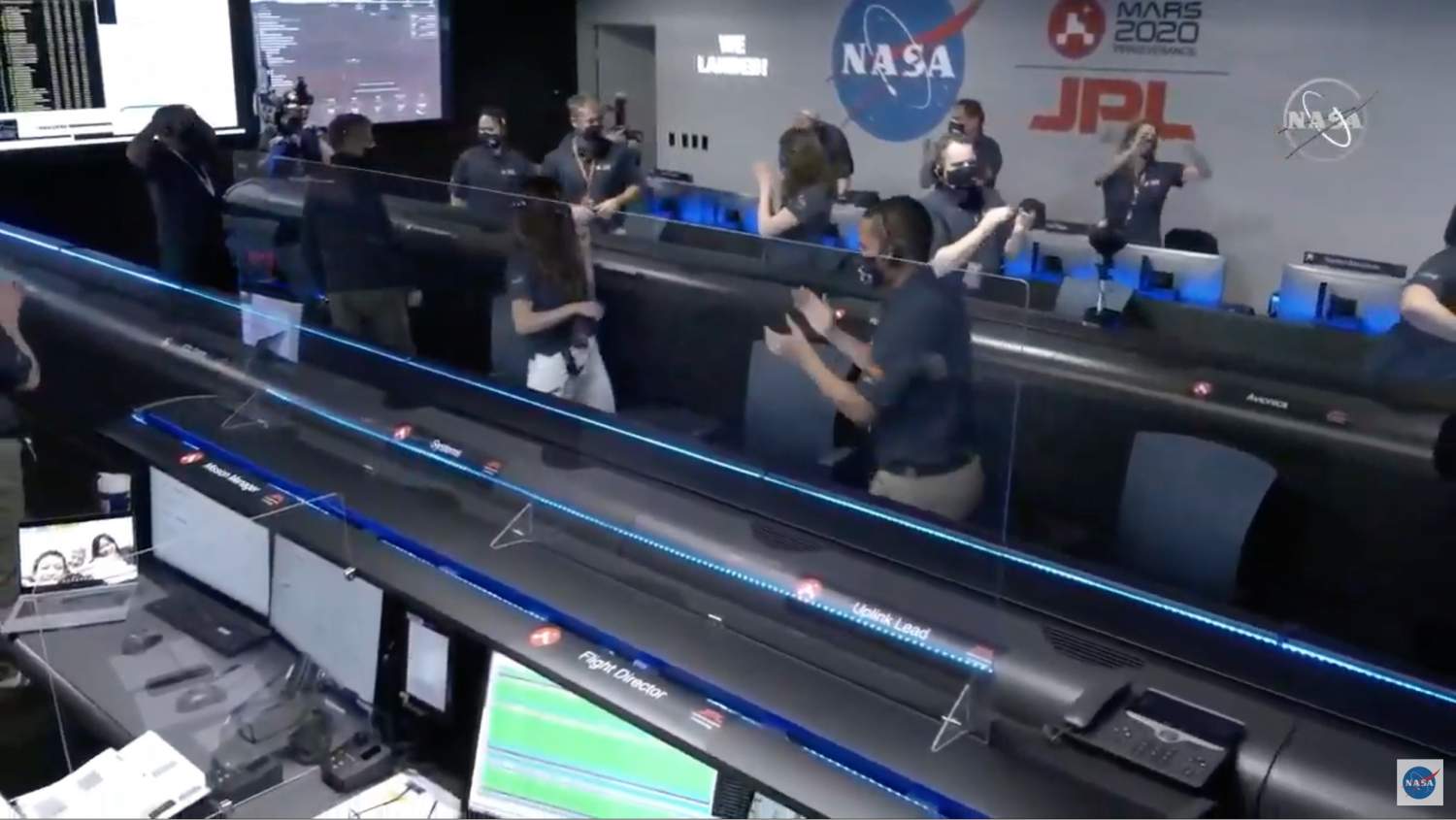 It’s also carrying a guest down, too. The Mars helicopter, Ingenuity, is expected to be the first example of powered flight on another planet.

The rover’s legacy, however, will be much longer. Indeed, Perseverance is designed as the first stage in an audacious plan by NASA to return samples from Mars to Earth for hands-on analysis.

Perseverance isn’t designed to return to us – it’ll spend the rest of its existence on Mars – but one of its tasks is to package samples into special, ultra-clean containers and leave them on the surface. Future planned missions will send a spacecraft to retrieve those sample tubes and bring them back into orbit, and then collect them from around Mars and bring them back to Earth. That won’t happen until sometime in the 2030s, however, at the earliest, and it’ll of course require NASA being granted sufficient budget. 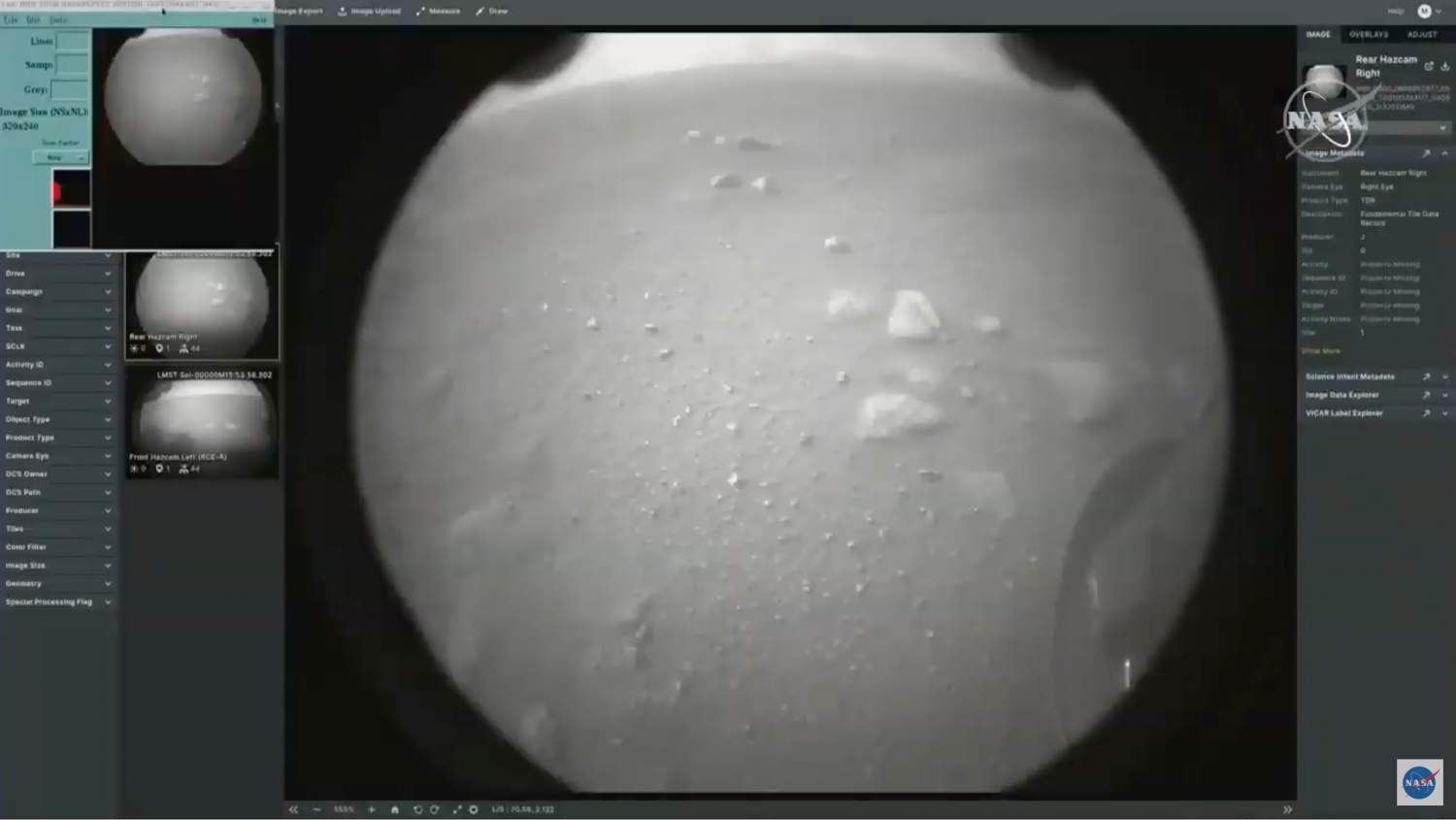 That’s all in the future, of course. For now, NASA and the JPL team will be monitoring telemetry from the rover, and waiting for the first pictures from Perseverance to be beamed back from its new home. Initially they’re from the so-called hazard cameras used for navigation, but NASA expects higher resolution images to follow later today.