NASA’s Parker Solar Probe, the spacecraft tasked with getting incredibly close to the Sun, has successfully sent back data on its first two solar approaches. The space agency announced the mission milestone on August 1, revealing that the Parker Solar Probe’s final downlink of 22GB of data happened on May 6; that, says NASA, was 50-percent more data than the team had expected to receive at this point in time.

The Parker Solar Probe has completed two flybys of the Sun, both intended to gather data on the star to help answer questions and increase our understanding of the celestial body. The spacecraft’s downlink of the data took place one month after the completion of its second solar flyby. 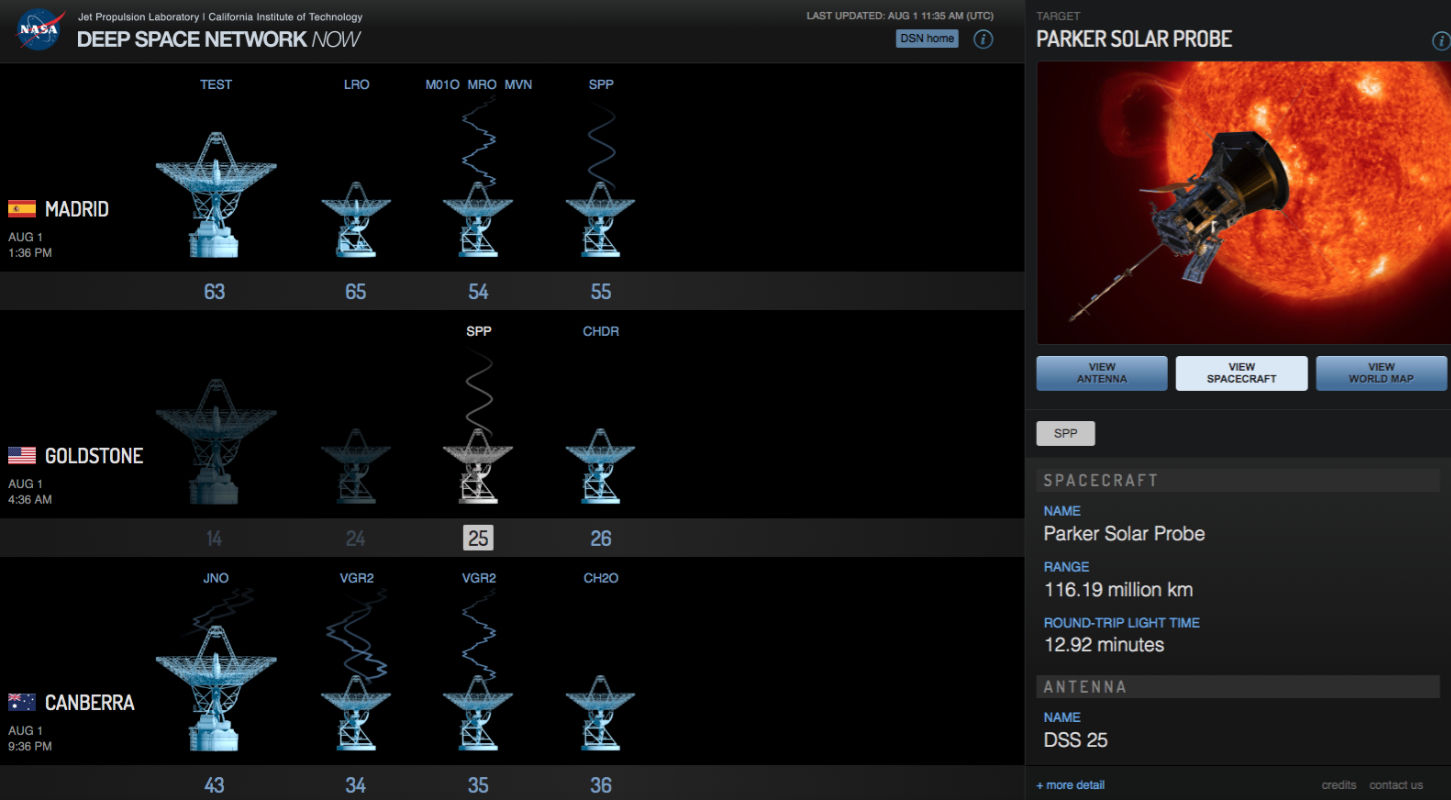 According to NASA, the probe’s telecommunications system is performing better than scientists had estimated it would, resulting in the huge amount of information sent back to the team on Earth. As a result, scientists had ordered Parker Solar Probe to gather — and ultimately send back — more data on its second flyby.

The team is expecting to receive another 25GB of that extra data on the second flyby by August 15. NASA plans to make the information gathered from these first two missions public sometime later this year, though it doesn’t provide an estimated date for the release. Ahead of that, however, will be the spacecraft’s third close Sun encounter scheduled to start on August 27.

NASA reports the probe’s third perihelion will take place on September 1, gathering even more record-breaking information on our star. A total of four instrument suites on Parker Solar Probe are gathering this information, including data on fields, particles, and waves pertaining to the star’s corona and the surrounding environment.