NASA is readying one of its most ambitious spacecraft so far for launch next month, with Lucy set to undertake an asteroid-hopping circuit of some of Jupiter’s most intriguing neighbors. The Trojan asteroids are clustered into two sizable swarms, circling around the Sun along with the vast gas giant, and the Lucy mission will be the first to study them closely.

Actually trying to pick one to investigate, however, was a nearly impossible challenge. Instead, Lucy – principle investigator for which is the Southwest Research Institute in Boulder, Colorado – will make a record-breaking tour of eight of the asteroids.

It won’t be a whistle-stop circuit, mind. It’ll take the spacecraft 12 years, NASA expects, to complete its mission and examine each asteroid in turn. Along the way it’ll beam back findings to Earth using a high-gain antenna, designed to fire data across the huge distances between here and Jupiter.

The Trojan asteroids are split into two clouds, one ahead of Jupiter and one behind it. Also known as the Jovian trojans, they orbit close to the Lagrangian points of the gas giant; one is named after the Greek camp of the Iliad, the other the Trojan camp. More than two thousand have been discovered so far, the largest estimated to be around 250 miles long and 125 miles across.

Lucy’s visit isn’t just to fill in the blanks in NASA’s photo albums, mind. The hope is that by better understanding how the asteroids cluster, we’ll get a better view of how the planets in our solar system – and others – first formed, around 4.5 billion years ago.

“This is a fantastic opportunity for discovery as we probe into our solar system’s distant past,” Tom Statler, Lucy project scientist at NASA Headquarters in Washington, explains. 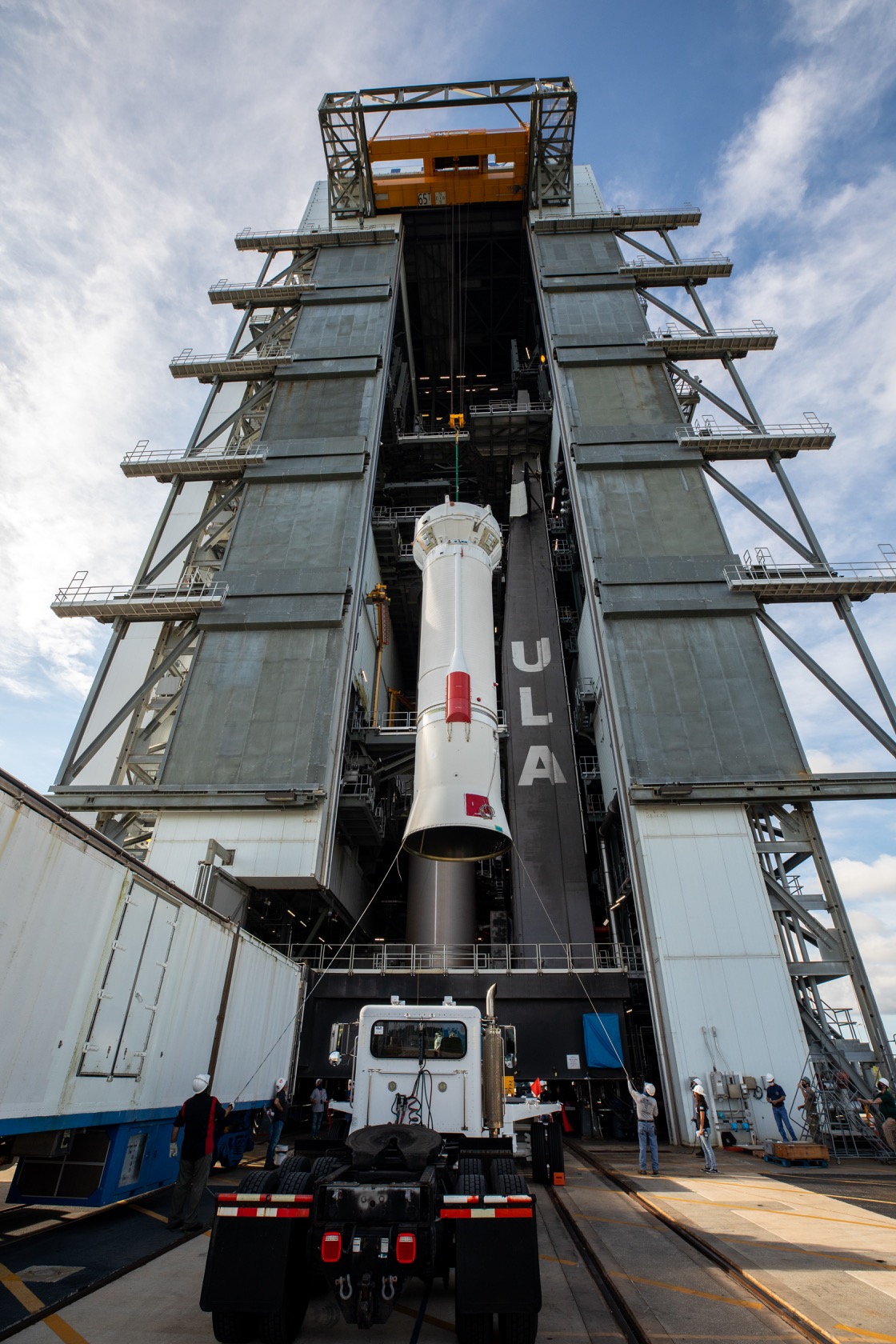 As of September 18, Lucy’s fuel tank had been filled. The roughly 1,600 pounds of liquid hydrazine and liquid oxygen will be used for the spacecraft’s precision maneuvers; expansive solar arrays mounted on Lucy will be used to power the various instruments onboard. That includes imagers across various color, infrared, and visible light spectrum, and a thermal infrared spectrometer.

Lucy will also repurpose its high-gain antenna and other radio hardware to track Doppler shifts, allowing scientists to calculate the mass of the individual Trojans.

Next on the calendar is bringing Lucy to its rocket: a United Launch Alliance Atlas V 401. That’s expected to take place in early October, at the Vehicle Integration Facility at the Cape Canaveral Space Force Station. The launch itself is scheduled for October 16.

Assuming that all goes to plan, there’ll be a wait before Lucy reaches the first asteroid. That’s expected to happen in April 2025, with the spacecraft expected to pass 52246 Donaldjohanson, a roughly 2.5 mile rock believed to have been created approximately 130 million years ago.