NASA continues to build tools that will one day be used to better explore planets, like Mars, in preparation for one day building structures. One such new project is a quadcopter-style drone that will be used to look for resources. Dubbed Extreme Access Flyers and designed by NASA’s Swamp Works laboratory, they need to be able to fly in environments that have little to no air. Instead of relying on rotor blades, one model uses gas jets in order to get around.

Swamp Works describes the drones as prospecting robots that will be used to search for resources like water and ice, and even be capable of collecting soil samples for analysis by a separate lander. The drones will also be vital in accessing areas that rovers aren’t able to reach, for example places in permanent shadow like steep craters with walls that couldn’t be driven on. 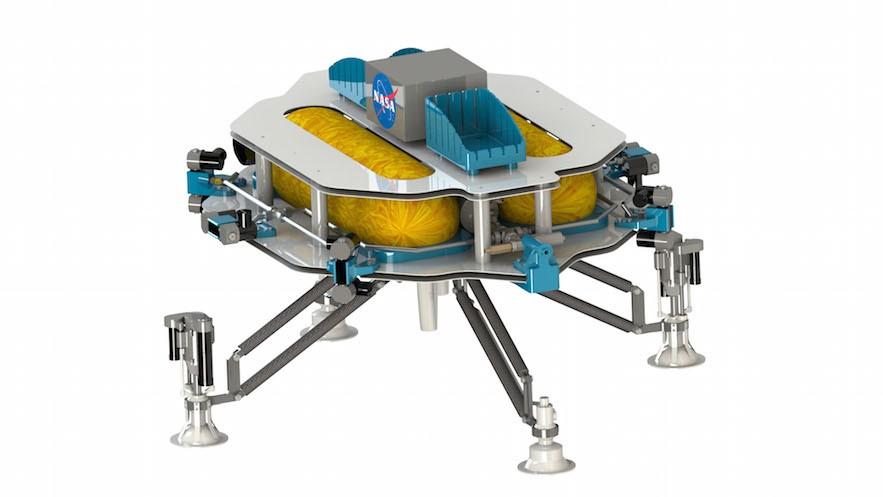 To go along with scouting foreign planets, NASA is also working on outfitting the drones with autonomous flight software that would act in place of GPS, steering the quadcopter based on the landmarks and terrain of Mars or the Moon.

Recognizing physical landmarks will be important, as in addition to searching for resources, the drones will also look for natural tunnels that were once created by lava from volcanoes. These structures could then one day be used to house habitats that would shelter astronauts from the weather and other extremes.