Keeping astronauts connected on the Moon might not seem like the obvious place to start when it comes to fixing WiFi back on Earth, but NASA is looking to how future space tech could help keep people connected back home. As plans for a permanent Moon base continue to develop, some of the infrastructure lessons there could fill in gaps for coverage in ill-equipped US cities.

Much like mesh networks have helped deliver consistent WiFi networks within homes in recent years, NASA’s plan for the Moon focusses on distributed hardware. Multiple base stations and repeaters would allow astronauts doing work in different locations around the Moon to communicate with each other, while also delivering line-of-sight communications with the Deep Space Network.

That same approach, though, could pay dividends in disconnected cities. NASA’s Glenn Research Center was approached by the Greater Cleveland Partnership (GCP), to help figure out a way to get the roughly 31-percent of Cleveland households currently without broadband access online in the most effective way. It’s part of a nationwide push to fill in internet gaps, and help balance digital inequality.

“This presented a great opportunity to develop solutions to the challenges we face sending astronauts to the Moon under Artemis while also addressing a growing societal issue in our hometown,” Mary Lobo, director of Technology Incubation and Innovation at Glenn, said of the collaboration. 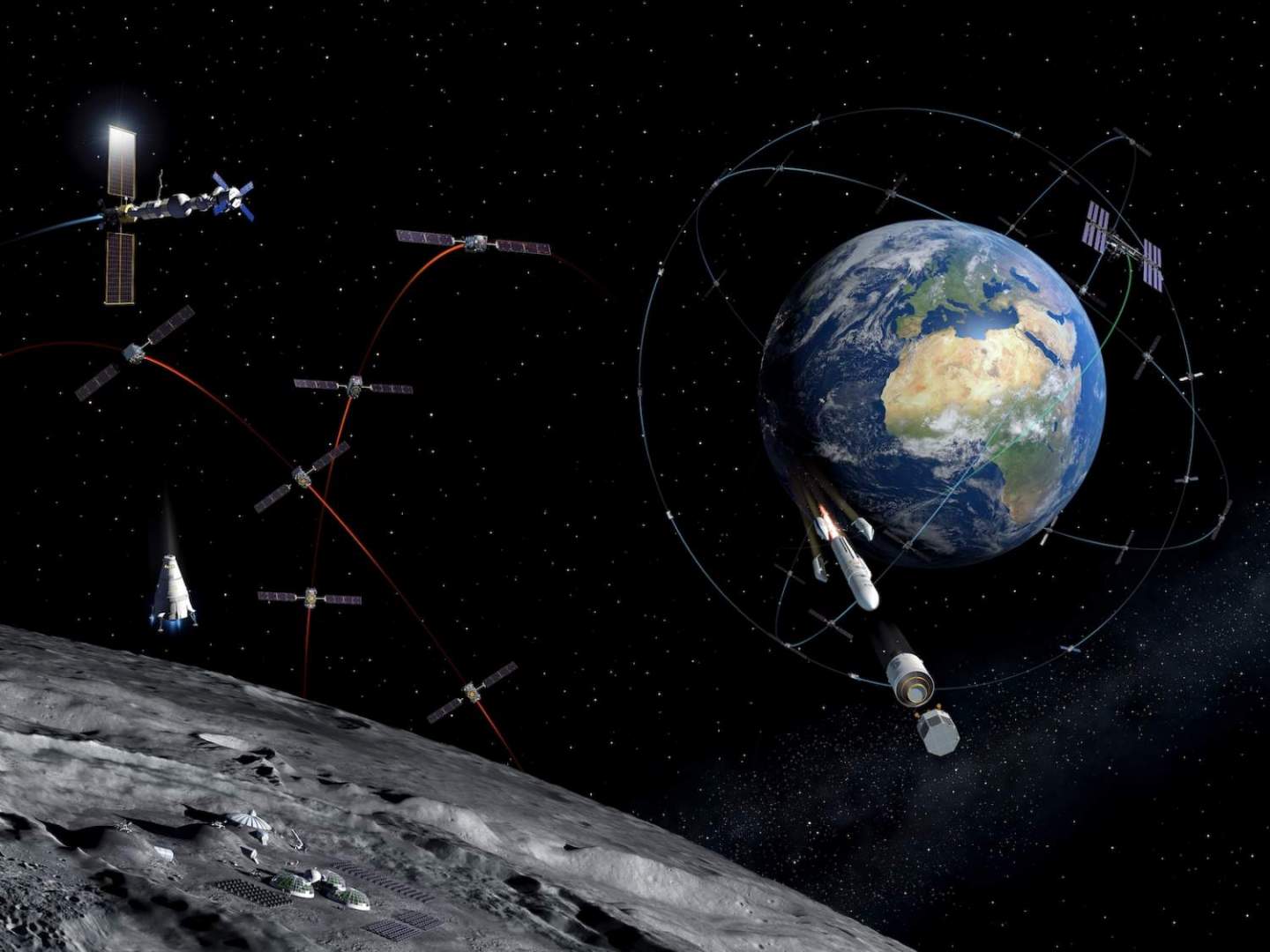 While the surface of the Moon and the city of Cleveland may be fairly different in a whole lot of important ways, addressing absent connectivity turned out to have some key overlap. By applying lunar network theories, Glenn’s Compass Lab worked out that approximately 20,000 WiFi routers spread around the city would be sufficient to deliver consistent internet coverage .

Those routers could be mounted to lampposts or other utility poles, addressing power requirements. Spaced no more than 100 yards apart, it would be enough for a roughly 7.5 Mbps download connection. Not exactly fast – the FDA says the minimum broadband speed in the US should be 25 Mbps down – but enough for things like video calls, browsing, and email.

“If we move the routers a little closer, 50-75 yards apart, that greatly improves bandwidth,” Steve Oleson, Compass team lead at NASA Glenn, explains. Some locations would likely require a booster or repeater, home or device-depending.

What NASA isn’t doing is actually building out such a network. Instead, Cuyahoga County – where Cleveland is located – is putting out a request for proposals, hoping to find an affordable way to deliver such a mesh network.

As for what might be installed on the Moon, there the idea is to install the routers on 24 foot tall poles, which would be mounted to landers, habitats, and other hardware. Like laptop and phones moving between mesh routers in homes and offices, devices on the Moon would dynamically transition between base stations depending on which they were closest to. Final plans, though, for future NASA Artemis missions are still a work-in-progress, though the European Space Agency has been working on a mesh network of Moon-surrounding satellites, known as ESA Moonlight, that would deliver both connectivity and location services for those on the surface.