NASA occasionally releases travel posters featuring fictional, often retro representations of real-life places, ones located so far from our own planet that we’ll likely never explore them during this lifetime. The space agency is back with a new set of posters, these ones designed specifically for the upcoming Halloween holiday — and they were clearly inspired by classic horror comics.

In case you’ve somehow missed them, you can find a large number of NASA’s creative space-themed posters on the Jet Propulsion Laboratory’s Visions of the Future website. The content includes posters for our solar system’s biggest names, including Mars and Jupiter, as well as ones for moons like Titan and Europa. There are also posters for exoplanets, travel to different types of environments, and more. 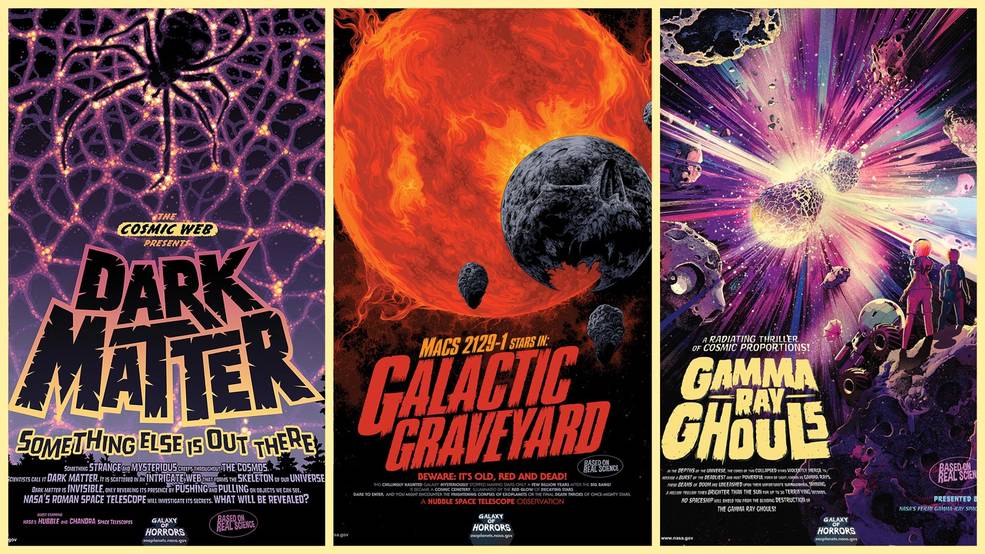 NASA’s latest posters are different, bringing with them unique horror-themed designs for the Halloween season. The posters all refer to actual cosmic phenomena, according to the space agency, including gamma rays, dark matter, and the ‘galactic graveyard.’ The posters have been released in both English and Spanish.

These three new offerings fall in the ‘Galaxy of Horrors’ series, which includes some past posters with a creepy theme, including ‘Eternal Darkness,’ ‘Kepler’s Inferno,’ ‘Monster Mash,’ ‘Flares of Fury,’ ‘Zombie Worlds,’ and more. You can view the full horror poster series here. As with the new posters and all of the ones released before it, anyone can download these posters, use them as device wallpapers, or print them out and mount them on their walls.

One of the NASA JPL astrophysicists who consulted on the poster project, Jason Rhodes, said, “One of the things I really like about these posters is that if you spend some time studying the art and then maybe go learn a little more about each of these topics, you’ll see there was a lot of thought by the artists about the choices they made to highlight the science.”