NASA’s first Astrobee robot is now flying around the ISS

Astronauts in the International Space Station have some flying robot company, with the first of three Astrobee ‘bots taking flight. NASA dispatched two of the cuboid trio to the ISS earlier in the year, where the robots will eventually help out with housekeeping tasks, take part in scientific experiments, and generally make the whole place seem more futuristic.

First to take flight is Bumble – it’ll be followed by Honey and Queen – though the Astrobee couldn’t just zip out of the spacecraft and start flying around the ISS. Instead astronauts needed to test out the robot’s navigation system, which allows it to move autonomously through the facility.

Since GPS wouldn’t be much use in space, the Astrobees rely on a camera-based positioning system. That looks at the surroundings and compares that to a visual map of the interior of the ISS. Since there’s no gravity on the space station, Bumble can move in any direction as well as turn in place, using fans to maneuver.

Initial testing focused on making sure the camera navigation system was working properly, which actually involved Canadian Space Agency astronaut David Saint-Jacques physically moving the robot around the space station. Further tests checked how well it could respond to commands like “fly 11.8 inches forward” and “rotate 45 degrees to the right,” NASA says. More complex movements and commands will follow.

However the end goal is some degree of autonomy, at least for part of the time. The robots will be able to fly on their own, checking on equipment and taking supply inventories, tasks which currently require a human astronaut to carry out. At other times, controllers down on Earth will be able to remotely pilot the Astrobees, carrying out experiments and checking in on ISS systems. 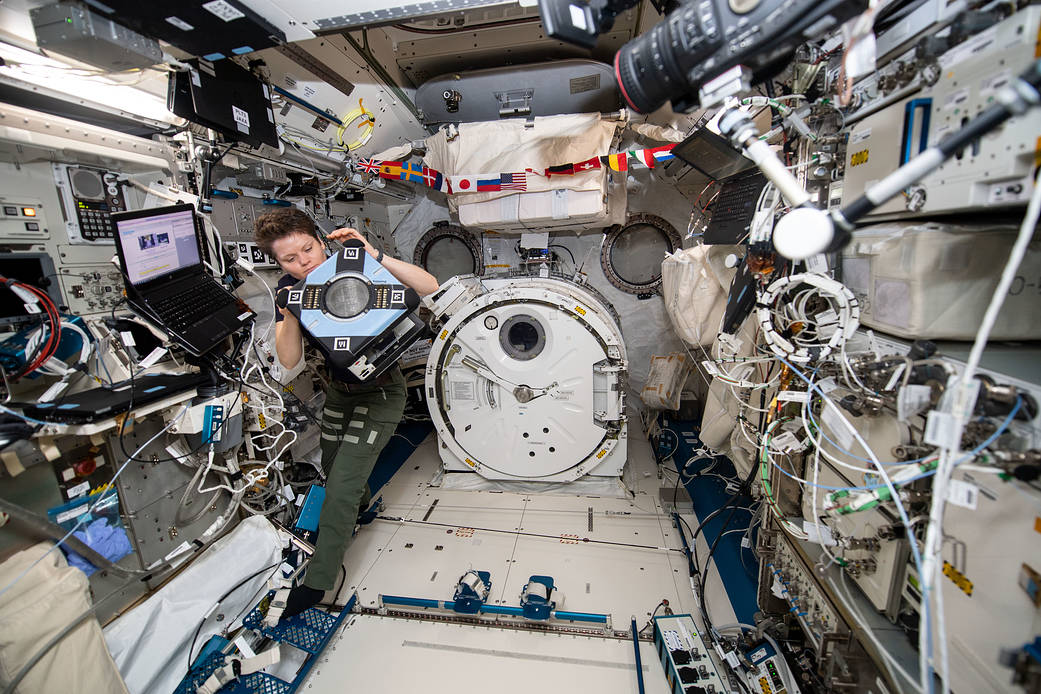 The design of the three robots was made with flexibility in mind. Three payload bays have been built into the casing of each, to accept different tools or other equipment. A robotic arm, for example, can be fitted with which the Astrobees will be able to manipulate items or attach to rails on the ISS. That could help them save power during times when movement isn’t required but they need to stay fixed in place.

As for the software, that too is designed to be modular and customizable. NASA actually made it open-source, in the hope that robotics experts would get involved and add new functionality. Tests of that are expected to start in 2020.

Down the line, the results of the three Astrobees on the ISS could shape what robotic help astronauts on the Moon and Mars have with them. NASA envisages robots there being used for maintenance and other tasks, helping a relatively small crew of humans make maximum use of their time away from Earth.