NASA is working on the next rover that will cruise around the surface of Mars taking scientific measurements and generally checking out what the Red Planet has to offer. The rover is called the 2020 Mars rover and it will have some nice upgrades compared to the rover on Mars right now called Curiosity. Namely, the 2020 Mars rover will have 23 different cameras.

That is a massive increase from the five cameras on Mars Pathfinder that touched down in 1997 and the Sojourner rover that landed before with two cameras on board, Curiosity Rover has 17 cameras. The 23 different cameras on the 2020 Mars rover will allow the rover to “create sweeping panoramas, reveal obstacles, study the atmosphere, and assist science instruments.” The cameras will be used to provide images of the descent and be the first to capture images of a parachute as it opens on another planet.

The rover will have cameras inside its body to study samples as they are stored and left on the surface for a future mission to collect. The cameras will include an Enhanced Engineering Camera that is color with higher resolution and a wider field of view than the camera on Curiosity. The Mast-Z cam will be an improved version of the Curiosity rover’s MASTCAM and will have a 3:1 zoom lens.

SuperCam Remote Micro-Imager or RMI is the highest-resolution remote imager and will have color. CacheCam will watch as rock samples are deposited into the rover body. There will be six cameras that record entry, descent, and landing processes.

The Lander Vision System Camera will use computer vision to guide the landing using a new tech called terrain relative navigation. SkyCam will be a sky-facing camera that will study clouds and the atmosphere. The color engineering camera is a big deal and marks the first camera for planning navigation routes that uses color. 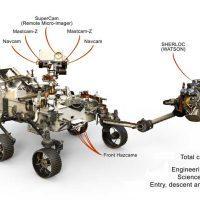 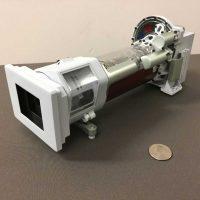 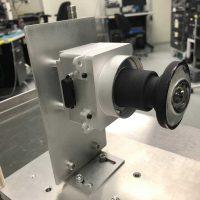