NASA has a new mission launching this summer called the Laser Communications Relay Demonstration (LCRD) meant to showcase the power of laser communications technologies. NASA says that with an increasing robotic and human presence in space, missions can benefit from new ways of communicating with the Earth. NASA has been using radio frequency communications since the 1950s to send data to and from space. 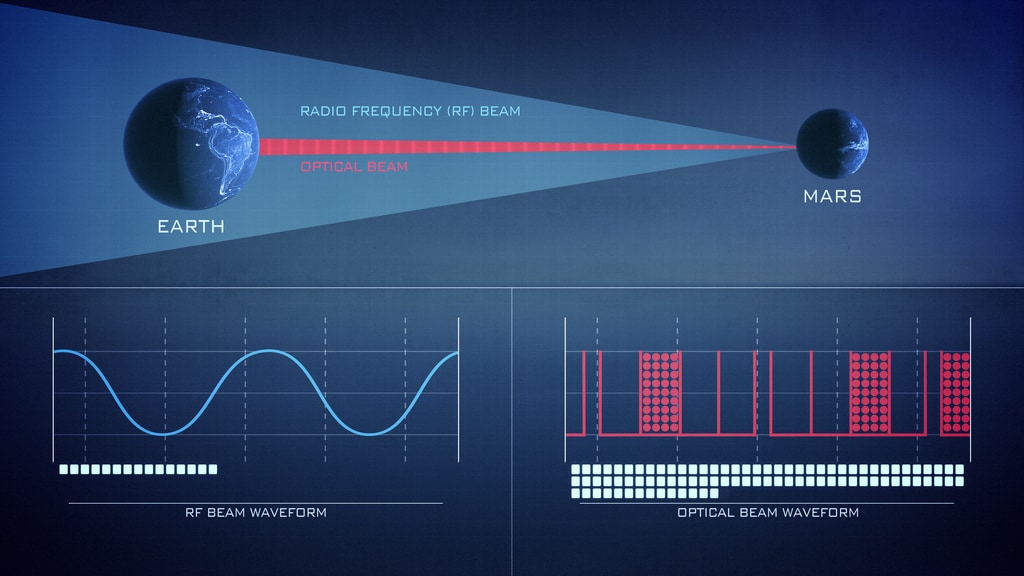 NASA says that using laser communications will enable 10 to 100 times more data to be transmitted back to Earth than current radiofrequency systems can support. Currently, it would take about nine weeks to transmit a complete map of Mars back to Earth using radio frequency systems. If NASA used laser communications to send the same data, it would take about nine days.

NASA notes that laser communications aren’t necessarily faster, but they allow more data to be transmitted in a single downlink. LCRD will orbit about 22,000 miles above the Earth and will support missions in the near-Earth region. The first two years of the mission will test laser communications capabilities with experiments allowing NASA to refine laser technologies and increase knowledge about potential future applications.